Watch: John Stamos teaches you to cuddle, Ben Stiller's brilliant charity, and the best undercover rig of all time 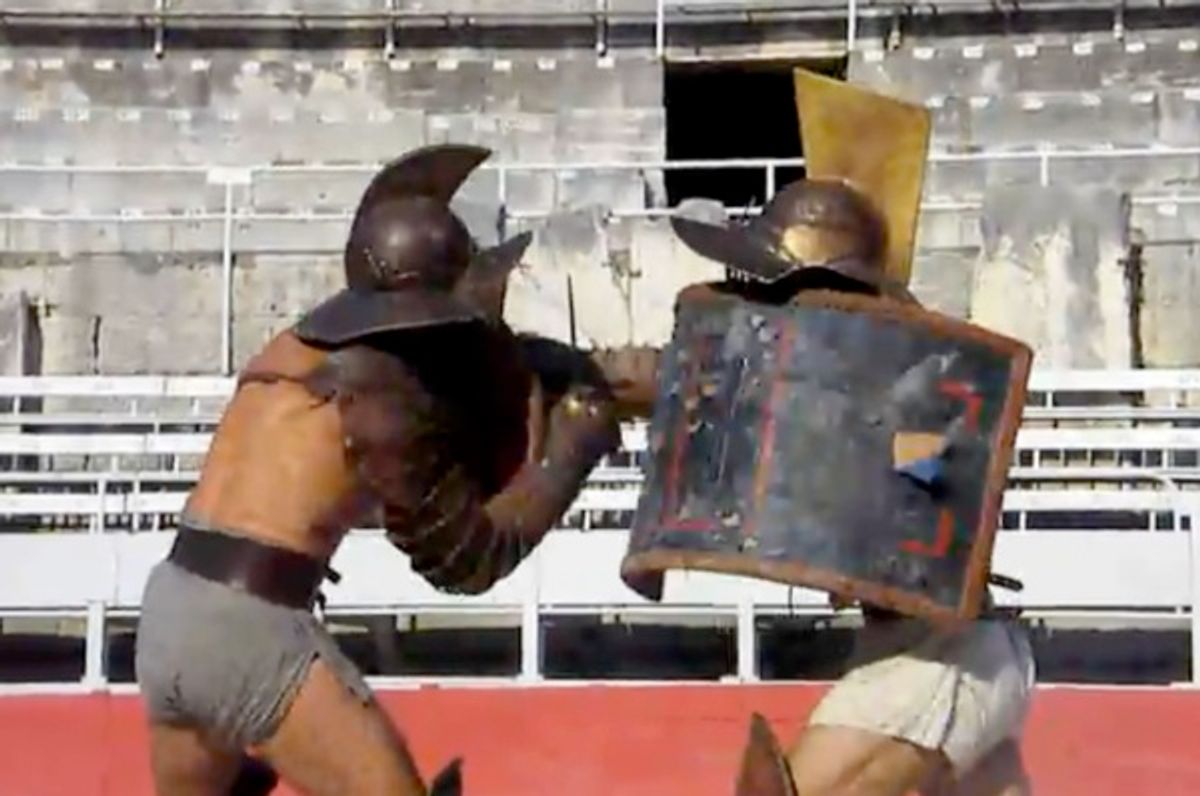 Turns out "Jersey Shore" isn't the craziest thing in Italy these days. Like, how about its undercover cops, who dress up like gladiators in order to infiltrate the rival "families" that control all of Rome's lucrative tour guide industry? Amazing.

This is totally the missing season from "The Wire."

What a great video. Seriously. It's totally SFW (the video, not the lyrics), and is as squeaky-clean fun as a hip-hop video can get. Compare it to Kanye's last masterpiece "Monster,"  and you'll see why he and Jay make the perfect yin-yang team.

Ben Stiller's is a clever man. He somehow secured the domain SeeJenniferAnistonNakedFoundation.com for his new charity, which may just be the most genius viral marketing move by a nonprofit since something something Obama.

With a special appearance by Bob Saget, as the luckiest son of a bitch in the world.

5. "Red Eye" manages to outclass itself:

While talking about the recent video for the "Contract for the American Dream" campaign, Greg Gutfeld laughs at panelist Joe DeVito's description of the children featured in the ad as a "bunch of dorks" and "little bastards."

Wow. Just wow. As if those kids came up with their own political agenda just to piss off the Fox News co-host. I mean, that would be great if they did, but I'd probably save the outrage for the people behind the video, not the children.