A prime aim of the growing Surveillance State 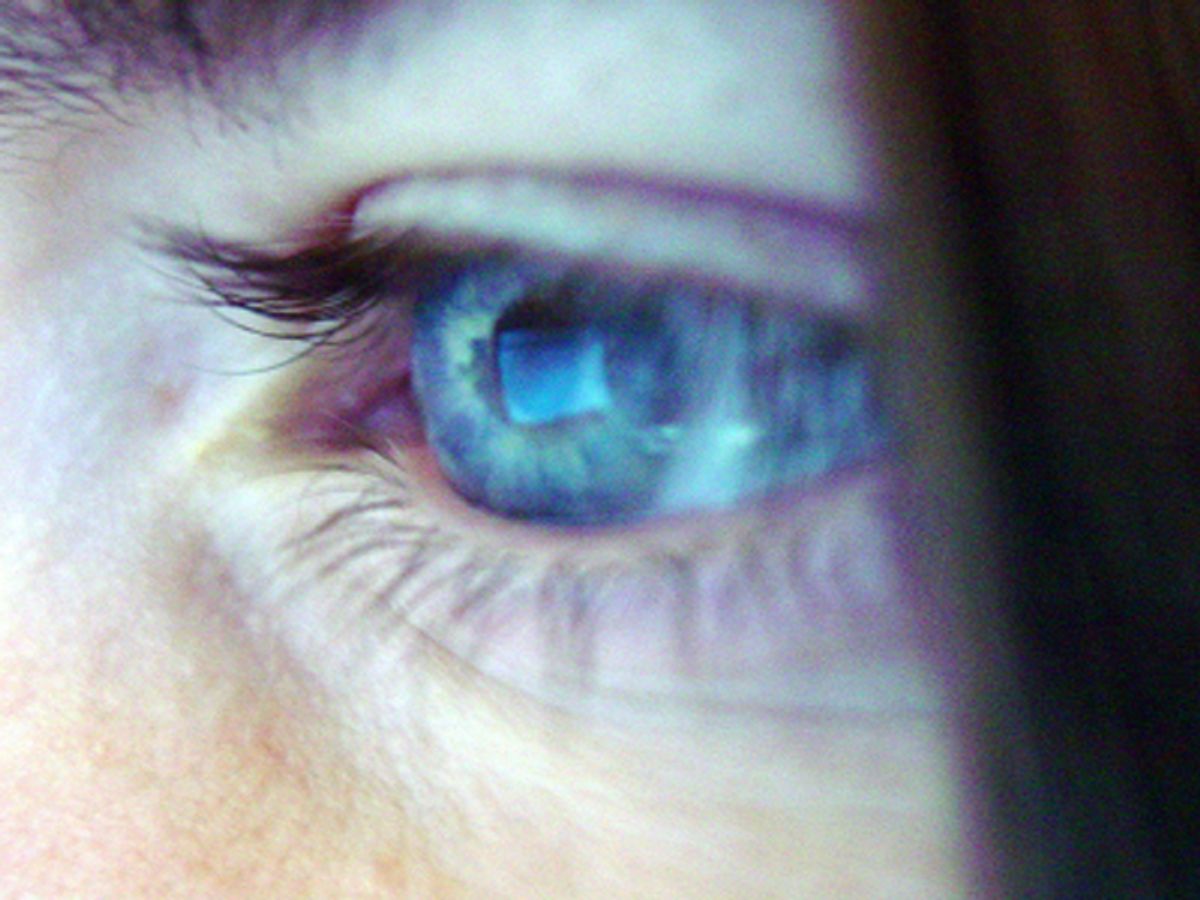 Several weeks ago, a New York Times article by Noam Cohen examined the case of Aaron Swartz, the 24-year-old copyright reform advocate who was arrested in July, after allegedly downloading academic articles that had been placed behind a paywall, thus making them available for free online.  Swartz is now being prosecuted by the DOJ with obscene over-zealousness.  Despite not profiting (or trying to profit) in any way -- the motive was making academic discourse available to the world for free -- he's charged with "felony counts including wire fraud, computer fraud, unlawfully obtaining information from a protected computer and recklessly damaging a protected computer" and "could face up to 35 years in prison and $1 million in fines."

The NYT article explored similarities between Swartz and Bradley Manning, another young activist being severely punished for alleged acts of freeing information without any profit to himself; the article quoted me as follows:

For Glenn Greenwald . . . it also makes sense that a young generation would view the Internet in political terms.

"How information is able to be distributed over the Internet, it is the free speech battle of our times," he said in interview. "It can seem a technical, legalistic movement if you don't think about it that way."

He said that point was illustrated by his experience with WikiLeaks -- and by how the Internet became a battleground as the site was attacked by hackers and as large companies tried to isolate WikiLeaks. Looking at that experience and the Swartz case, he said, "clearly the government knows that this is the prime battle, the front line for political control."

This is the point I emphasize whenever I talk about why topics such as the sprawling Surveillance State and the attempted criminalization of WikiLeaks and whistleblowing are so vital.  The free flow of information and communications enabled by new technologies -- as protest movements in the Middle East and a wave of serious leaks over the last year have demonstrated -- is a uniquely potent weapon in challenging entrenched government power and other powerful factions.  And that is precisely why those in power -- those devoted to preservation of the prevailing social order -- are so increasingly fixated on seizing control of it and snuffing out its potential for subverting that order: they are well aware of, and are petrified by, its power, and want to ensure that the ability to dictate how it is used, and toward what ends, remains exclusively in their hands.

The Western World has long righteously denounced China for its attempts to control the Internet as a means of maintaining social order.  It even more vocally condemned Arab regimes such as the one in Egypt for shutting down Internet and cell phone service in order to disrupts protests.

But, in the wake of recent riots in London and throughout Britain -- a serious upheaval to be sure, but far less disruptive than what happened in the Middle East this year, or what happens routinely in China -- the instant reaction of Prime Minister David Cameron was a scheme to force telecoms to allow his government the power to limit the use of Internet and social networking sites.  Earlier this week, when San Francisco residents gathered in the BART subway system to protest the shooting by BART police of a 45-year-old man, city officials shut down underground cell phone service entirely for hours; that, in turn, led to hacking reprisals against BART by the hacker collective known as "Anonymous."  As the San-Fransisco-based Electronic Frontier Foundation put it on its website: "BART officials are showing themselves to be of a mind with the former president of Egypt, Hosni Mubarak."  Those efforts in Britain and San Fransisco are obviously not yet on the same scale as those in other places, but it illustrates how authorities react to social disorder: with an instinctive desire to control communication technologies and the flow of information.

The emergence of entities like WikiLeaks (which single-handedly jeopardizes pervasive government and corporate secrecy) and Anonymous (which has repeatedly targeted entities that seek to impede the free flow of communication and information) underscores the way in which this conflict is a genuine "war."  The U.S. Government's efforts to destroy WikiLeaks and harass its supporters have been well-documented.  Meanwhile, the U.S. seeks to expand its own power to launch devastating cyber attacks: there is ample evidence suggesting its involvement in the Stuxnet attacks on Iran, as well as reason to believe that some government agency was responsible for the sophisticated cyber-attack that knocked WikiLeaks off U.S. servers (attacks the U.S. Government tellingly never condemned, let alone investigated).  Yet simultaneously, the DOJ and other Western law enforcement agencies have pursued Anonymous with extreme vigor.  That is the definition of a war over Internet control: the government wants the unilateral power to cyber-attack and shut down those who pose a threat ot it, while destroying those who resists those efforts.

There have literally been so many efforts over the past several years to heighten surveillance powers and other means of control over the Internet that it's very difficult to chronicle them all.  In August of last year, the UAE and Saudi Arabian governments triggered much outrage when they barred the use of Blackberries on the ground that they could not effectively monitor their communications (needless to say, the U.S. condemned the Saudi and UAE schemes). But a month later, the Obama administration unveilled a plan to "require all services that enable communications -- including encrypted e-mail transmitters like BlackBerry, social networking Web sites like Facebook and software that allows direct 'peer to peer' messaging like Skype" to enable "back door" government access.

This year, the Obama administration began demanding greater power to obtain Internet records without a court order.  Meanwhile, the Chairwoman of the DNC, Rep. Debbie Wasserman-Schultz, is sponsoring a truly pernicious bill that would force Internet providers "to keep logs of their customers’ activities for one year."  And a whole slew of sleazy, revolving-door functionaries from the public/private consortium that is the National Security State -- epitomized by former Bush DNI and current Booz Allen executive Adm. Michael McConnell -- are expoiting fear-mongering hysteria over cyber-attacks to justify incredibly dangerous (and profitable) Internet controls.  As The Washington Post's Dana Priest and William Arkin reported in their "Top Secret America" series last year: "Every day, collection systems at the National Security Agency intercept and store 1.7 billion e-mails, phone calls and other types of communications."  That is a sprawling, out-of-control Surveillance State.

One must add to all of these developments the growing attempts to stifle meaningful dissent of any kind -- especially civil disobedience -- through intimidation and excessive punishment.  The cruel and degrading treatment of Bradley Manning, the attempted criminalization of WikiLeaks, the unprecedentedly harsh war on whistleblowers: these are all grounded in the recognition that the technology itself cannot be stopped, but making horrific examples out of those who effectively oppose powerful factions can chill others from doing so.  What I tried to convey in my NYT interview was that the common thread in the Swartz and Manning persecutions -- as well as similar cases such as the two-year prison term for non-violent climate change protester Tim DeChristopher, the FBI's ongoing investigation of pro-Palestinian peace activists, and even the vindictive harassment of White House/DADT protester Dan Choi -- is the growing efforts to punish and criminalize non-violent protests, as a means of creating a climate of fear that will deter similar dissent.

It is not hard to understand why the fears driving these actions are particularly acute now.  The last year has seen an incredible amount of social upheaval, not just in the Arab world but increasingly in the West.  The Guardian today documented the significant role which poverty and opportunity deprivation played in the British riots.  Austerity misery -- coming soon to the U.S. -- has sparked serious upheavals in numerous Western nations.  Even if one takes as pessimistic a view as possible of an apathetic, meek, complacent American populace, it's simply inevitable that some similar form of disorder is in the U.S.'s future as well.  As but one example, just consider this extraordinary indicia of pervasive American discontent, from a Gallup finding yesterday (click on image to enlarge):

The intensely angry "town hall" political protests from last August, though wildly misdirected at health care reform, gave a glimpse of the brewing societal anger and economic anxiety; even Tea Party politicians are now being angrily harangued by furious citizens over growing joblessness and loss of opportunity as Wall Street prospers and Endless Wars continue.  This situation -- exploding wealth inequality combined with harsh austerity, little hope for improvement and a growing sense of irreversible national decline -- cannot possibly be sustained for long without some serious social unrest.  As Yale Professor David Bromwich put it in his extraordinarily thorough analysis of the "continuities" in what he calls "the Bush-Obama presidency":

The usual turn from unsatisfying wars abroad to happier domestic conditions, however, no longer seems tenable. In these August days, Americans are rubbing their eyes, still wondering what has befallen us with the president’s "debt deal" -- a shifting of tectonic plates beneath the economy of a sort Dick Cheney might have dreamed of, but which Barack Obama and the House Republicans together brought to fruition. A redistribution of wealth and power more than three decades in the making has now been carved into the system and given the stamp of permanence.

Only a Democratic president, and only one associated in the public mind (however wrongly) with the fortunes of the poor, could have accomplished such a reversal with such sickening completeness.

Economic suffering and anxiety -- and anger over it and the flamboyant prosperity of the elites who caused it -- is only going to worsen.  So, too, will the refusal of the Western citizenry to meekly accept their predicament. As that happens, who it is who controls the Internet and the flow of information and communications takes on greater importance.  Those who are devoted to preserving the current system of prerogatives certainly know that, and that is what explains this obsession with expanding the Surveillance State and secrecy powers, maintaining control over the dissemination of information, and harshly punishing those who threaten it.  That's also why there are few conflicts, if there are any, of greater import than this one.