Celebrating the fall of a dictator 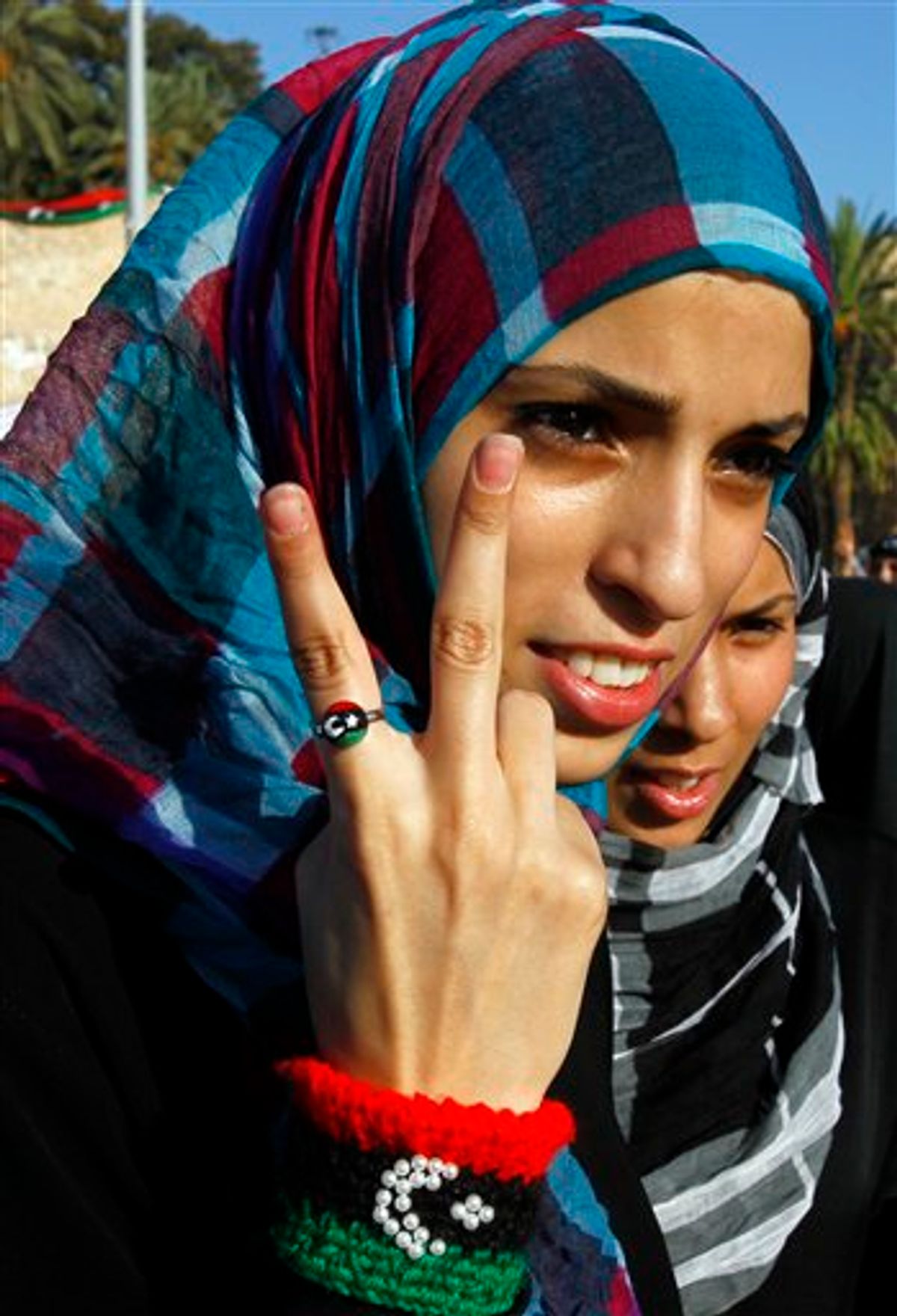 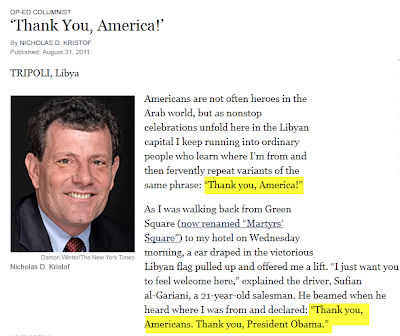 Video from the scene showed jubilant Iraqis chanting, "There is only one God, and the enemy of God is Saddam Hussein." . . . That's why they are on the streets, cheering his fall, cheering the fall of the ruling Baath Party, welcoming U.S. troops and saying "thank you" to President Bush.

NEIL CONNERY, CNN CORRESPONDENT: What's it like being in the middle of Baghdad?

UNIDENTIFIED [U.S. SOLDIER]: It's kind of crazy. Pretty good warm welcome from everybody kind of. . . .

UNIDENTIFIED [IRAQI] MALE: Welcome to Baghdad. I say to the American people. And thank you for all things in Iraq.

CONNERY: They are a people free at last to express what they really think. Saddam has gone. Neil Connery, Baghdad. . . .

JOHN KING, SENIOR WHITE HOUSE CORRESPONDENT: Make no mistake about it. The president is quite pleased. But he's a bit concerned that those pictures might convince the American people mission accomplished. . . .

KING: Yet with the caution came a small dose of "we told you so."

CHENEY: In the early days of the war the plan was criticized by some retired military officers embedded in TV studios. But with every day and every advance by our coalition forces the wisdom of that plan becomes more apparent. . . .

BEN WEDEMAN, CNN Correspondent (voice-over): It's hard not to love a winner, especially when the guy on your side looks like he's clobbering the neighborhood bully. It didn't take long for the news from Baghdad to reach the Kurdish stronghold of Erbil.

WEDEMAN: And send the people out here dancing in the streets.

UNIDENTIFIED [IRAQI} FEMALE: Mr. Bush, because the leader of the United States like freedom for Kurdish and anyone. . . .

JAMIE COLBY, CNN CORRESPONDENT: Aaron, good to see you, too. That's where we are, in Dearborn. And like many of us, Iraqis living in the U.S. have been glued to their TVs since this war began, watching coverage and awaiting the news they say they got today: pictures that suggest the freedoms they've found in America will be restored in Iraq.

COLBY: A procession to a rally of 2,000 Iraqis, as Dearborn thanks President Bush and coalition forces for a taste of freedom they've waited 35 years to savor. . . .

CANDY CROWLEY, CNN SR. POLITICAL CORRESPONDENT (voice-over): Photographers call this a money shot, a picture that captures a moment in time, a picture that makes you feel. And, at the Pentagon, it felt good.

DONALD RUMSFELD, SECRETARY OF DEFENSE: Certainly, anyone seeing the faces of the liberated Iraqis, the free Iraqis, has to say that this is a very good day.

CROWLEY: It is just what the Bush administration had hoped for: Saddam-hating, U.S.-loving, waving, very grateful Iraqis.

[after his giddy report, Colby -- in a sign of the times -- pointedly showed video of an Al Jazeera reporter being assaulted by the Iraqi crowd in Dearborn and announced: "there was a feeling among the Iraqis at the rally that Al-Jazeera has been unfair in its coverage of the war and a bit too pro-Saddam -- Aaron": none of them thought any such thing about CNN, and understandably so].

Leaving aside Kristof's use of the Tom-Friedmanesque method of going to a foriegn country, talking to your driver, and then passing off what he and a relatively small number of other individuals say as representative, I have no doubt that huge numbers of Libyans are ecstatic that Gadaffi is gone and have positive feelings toward the foreign powers who helped accomplish that -- just as huge numbers of Iraqis (notwithstanding the manfuctured statue-toppling scene) genuinely were ecstatic that Saddam was gone and had positive feelings toward the foreign powers who helped accomplish that (though, even in Kristof's telling, that is by no means unanimous: one wounded student "disputed that the intervention was primarily humanitarian: 'They didn’t do it for us,' he said. 'They did it for oil'.").  Dictators spawn hatred among the people they oppress, and if a foreign nation wages a war to successfully remove them from power, many people in that country will be initially grateful.  That was true in Iraq and it is true in Libya.

There are, as I've said every time I've written about this topic, very significant differences between these two wars in terms of how they were marketed and prosecuted, as well as the fact that, as even those 2003 CNN reports made clear, there was looting and social disorder in Iraq on a level not currently seen in Libya.  But there are also some important similarities between the two, and lessons to learn from the invasion of Iraq, the last time the U.S. and various allies militarily removed a long-standing, formerly allied dictator from power in an oil-rich, predominantly Muslim fractured country (this is a concept many people seem to have difficulty accepting: one can compare various aspects of X and Y without positing that X = Y:  one can note, for instance, that strawberries and fire trucks are comparable in color while understanding that they are also different in important ways; the same is true when noting the similar aspects of these two wars).

One key applicable lesson from Iraq is that it's incredibly foolish and premature to declare victory upon the mere removal of the dictator; whether the war is a "victory" or was wisely fought depends upon the resolution of an array of unanswered questions, particularly what follows.  Indeed, disregarding this lesson due to the eagerness of war proponents to throw celebratory vindication parties for themselves is worse than foolish; it is downright destructive, as it causes the victory-drunk foreign power to think its job is done and thus ignore the vast destrution, chaos, serious uncertainties, ugliness and humanitarian suffering the war spawned, rapid resolution of which is necessary for the war to be something to celebrate.

But the other lesson, one which Nick Kristof has apparently disregarded, is that the happiness that an oppressed people feel at the forced removal of their dictator with the help of foreign armies neither proves that the war was just nor that it was wise.  As I documented in the exchange I had with Jeffrey Goldberg when he used the same tactic to justify the attack on Iraq (go ask the Kurds if they're happy we removed Saddam!): every war that results in the removal of a regime produces citizens of that country who celebrate the result.  But seizing on those emotions to try to vindicate the pro-war argument and shame those who opposed it -- look at how happy and grateful they are that we did this; why would you want to deny them their Freedom and side with their dictator? -- is every bit as misguided and manipulative as it was when used in 2003.  There is a good chance that the war in Libya will result in a better outcome for Libyans and Americans than the Iraq war did for Iraqis and Americans; but we're far away from knowing if that is what will happen, and "arguments" of the type deployed today by Kristof do far more to distort and obscure the answers than illuminate them.

UPDATE: One point raised from the discussion in the comment section:  I'm not searching for ways each day to write about Libya, as I think the argments have been re-hashed and positions have ossified, but this ongoing war triumphalism from war proponents is increasing (as Kristof's column, and the one earlier this week by Roger Cohen, reflect), and it's not only misguided and premature, but also quite dangerous in terms of the war-spawning, war-glorifying mindset it creates, for the reasons SuperBowlXX aptly describes.  And, as David Mizner notes, these victory proclamations willfully obscure some very troubling developments in that country (see also here).  The search in some progressive circles for methods for fighting Good Wars is seemingly endless, and these ongoing celebrations ensure that many believe the template has been found, which in turn generates the desire to put it to use; as Madeleine Albright said to a war-skeptical Colin Powell in the 1990s: "What's the point of having this superb military you're always talking about if we can't use it?"