Pick of the week: A pandemic from which even Gwyneth isn't safe

Can a mutant flu bug outrun human bureaucracy? In the chilly thriller "Contagion," the answers are not reassuring 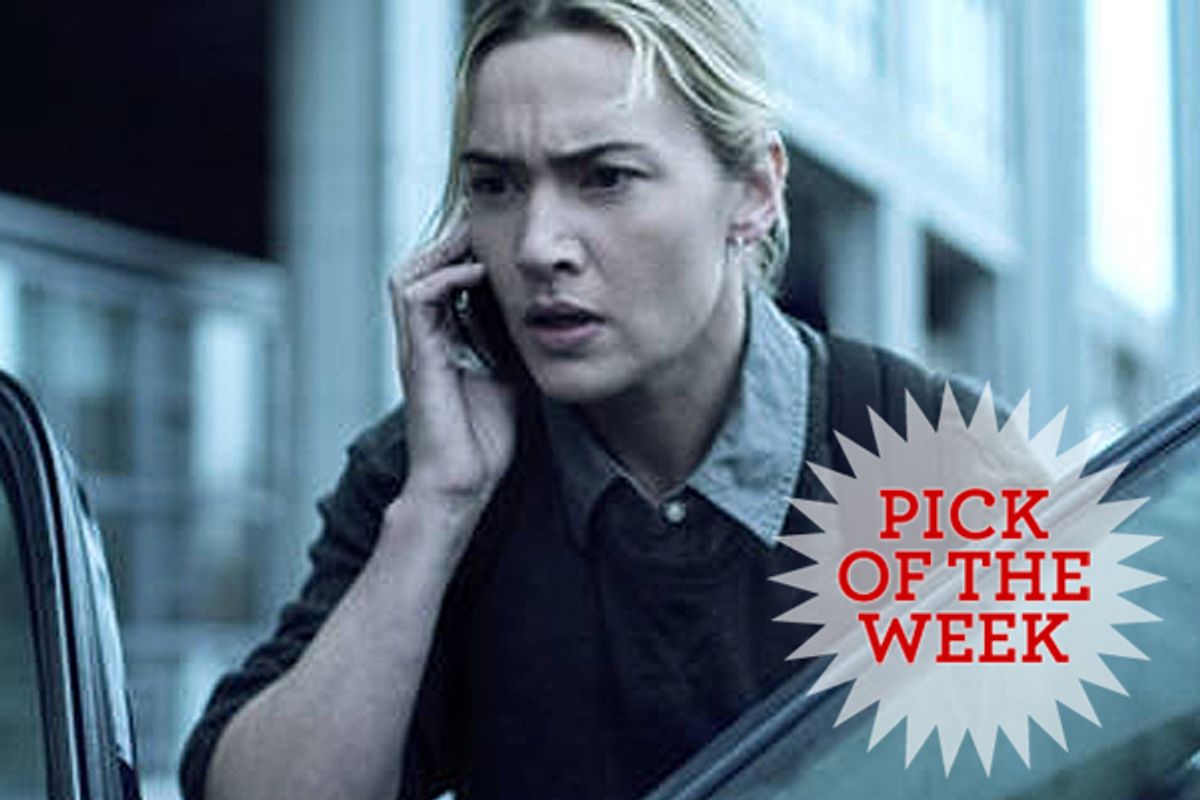 With crisp, stripped-down storytelling that matches its clinical and beautifully composed images, Steven Soderbergh's "Contagion" delivers the gripping, tick-tock tale of an epidemic that threatens to destroy civilization, but presents it virtually without comment. You can't even be sure, based on this evidence, that Soderbergh thinks the destruction of social order that might follow a worldwide mutant-flu pandemic would necessarily be a bad thing. OK, Scott Z. Burns' screenplay inserts a number of familiar Hollywood-style "human touches," including a heroic female scientist (Jennifer Ehle) who breaks the rules of vaccine development and a nefarious blogger with bad teeth who serves as the human villain (played by Jude Law, of all people). But Soderbergh resists that stuff as much as he can, and the result is a chilly, fascinating thriller at odds with itself, one whose most interesting qualities may limit its box-office appeal.

I'm not really complaining. Disaster movies in the Spielbergian tradition customarily become sentimental melodramas about fatherhood, where a tsunami or alien invasion is the backdrop for a damaged family recovering its soul. Soderbergh turns those conventions upside down, depicting the indiscriminate nature of disease by showing us a sympathetic dad played by Matt Damon -- one of the movie's central characters -- losing his wife and young son within the first few minutes. (Later Damon's character will learn that his wife was cheating on him just before she died.) One of the major formalist coups de theatre in "Contagion" drives home the point mercilessly, as we watch a major Hollywood star playing a corpse, with her skull being sawed open for autopsy. From his very first independent films through the "Ocean's" trilogy and the widely misunderstood, little-seen "Che," Soderbergh has viewed human life and human actions from a voyeuristic, almost clinical perspective, and in that sense a movie about disease and science and bureaucracy -- about systems, rather than people -- is a perfect fit. The dueling antagonists in "Contagion" are the virus itself and the governmental-scientific apparatus that laboriously works to combat it; the human characters, you might say, are intriguing variables in the equation.

There's really no arguing with "Contagion" on technical grounds. The story it tells is based on sound epidemiology (even if some individual plot events are implausible) and the composition and editing are masterful. (Soderbergh serves as his own cinematographer, without a named credit, and the editor is his frequent collaborator Stephen Mirrione.) Instead of the usual two and a half hours of a Roland Emmerich-style disaster flick, this one is an economical 105 minutes, none of them wasted. Don't show up late for this movie: We begin on Day 2, as an on-screen title informs us, and hopscotch from Hong Kong to London to Tokyo to Minneapolis, as a handful of people begin to get severely ill. There must be some connection between them, but Soderbergh is saving the revelations of Day 1 for later. What we see is an epidemic doing its exponential math: The young man in Hong Kong lives in a crowded apartment complex; the businessman in Tokyo dies of a sudden seizure on a commuter train; the businesswoman from Minneapolis (Gwyneth Paltrow) has infected her family and her limo driver and someone she evidently spent time with at an airport hotel in Chicago.

While Burns' screenplay is more conventional than Soderbergh's direction, it pushes forward on several narrative fronts at once, and will definitely keep you guessing. As I've suggested, knowing who the stars are won't tell you who lives and who dies, which may disorient some viewers but is invigorating. As Damon's character has to deal with the sudden deaths of his wife and son and the possibility that he and his teenage daughter may be next, the deputy director of the Centers for Disease Control (a grave, measured performance from Laurence Fishburne) begins to get reports of an unexplained and deadly new flu. He sends his star field researcher (Kate Winslet) to Minneapolis, where the bug evidently entered the United States and is spreading fast. In a parallel story, the World Health Organization sends its own hot female star doctor (Marion Cotillard) to Hong Kong, in an effort to pursue the virus back to its "index patient" and perhaps to its point of animal-human crossover.

Soderbergh brilliantly illustrates both the rapid, uncontrolled spread of the virus and the inability or unwillingness of presumably well-intentioned people to adjust to it. State officials in Minnesota want to argue about budgeting and tell the governor reassuring falsehoods, even as the borders are being sealed and sick people quarantined in a hockey arena. Fishburne's Dr. Cheever has to fend off Homeland Security spooks, who want to know whether some terrorist entity might have "weaponized" the bird flu for a Thanksgiving attack on American values. Nobody needed to do that, he says laconically, "The birds are doing it themselves." Winslet's character is infected with the virus and can't be evacuated from Minneapolis; Cotillard is kidnapped and held for ransom against a vaccine that doesn't exist yet.

There's something a bit mechanical about the footage of social and economic breakdown; we've all seen too many movies -- and for that matter too many news broadcasts -- of National Guard troops policing American streets and people looting supermarkets, and it's hard to react to them except as pro-forma spectacle. Law's character, a popular blogger who combines investigative journalism with unsourced and irresponsible rumor-mongering, raises more complicated questions than the film can answer. Yes, in an emergency situation like the one in "Contagion," false information could and probably would spread through electronic media; we've seen it happen. (The double meaning of the title is intentional, and a bit too obvious.)

But the Internet and social media are also crucial sources of legitimate info in a crisis, as my repeatedly flooded neighbors in central New York state will tell you, and it's a lazy screenwriting cop-out to depict bloggers, for God's sake, as an evil force undermining the good work of science and government. Listen, I don't object to the depiction of an Internet journalist as a scumbag; I object to reducing the entire discussion of the current dreadful state of media in this country to a lame joke, and one that suggests we're better off not challenging authority. When Elliott Gould, in a cameo as a lone-wolf scientist, launches a zinger at Law -- "Blogging isn't journalism! It's graffiti with punctuation!" -- an old-school film critic in the screening room, somebody you've seen on television many times, just about fell out of his chair cackling and cheering. Steven Soderbergh and this movie, taken as a whole, are smarter than that.