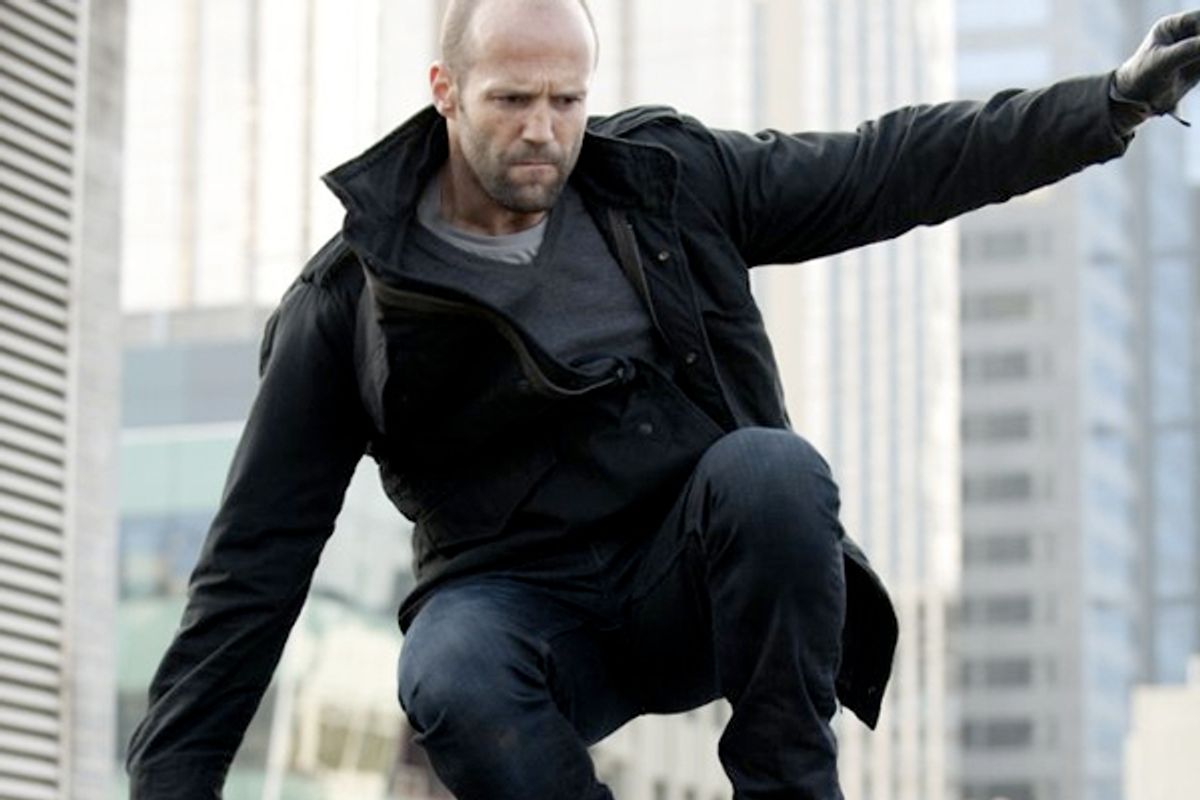 I somehow keep forgetting that the spy thriller called "Killer Elite" actually exists and that I've seen it. That probably reflects the fact that it's a generically enjoyable action film with a bit of hardboiled based-on-a-true-story-ness about it, and since it's set in the '80s and feels like an '80s movie, it seems a lot like something you must have seen years ago. This is shaping up as an awfully tepid endorsement, isn't it? But I had a reasonably good time, on the whole; if you'd enjoy watching Jason Statham and Clive Owen blow things up, and the idea of a movie that splits the difference between, say, Statham's "Transporter" films and the cynical espionage universe of John le Carré's "Tinker Tailor Soldier Spy" appeals to you, then this is a highly viable Saturday night option. Put that on your poster!

What makes Statham such an enjoyable action star, I think, is the fact that he looks like the most evil and disreputable kind of hooligan but manages to convince us that there's a decent guy in there somewhere. In "Killer Elite" (adapted from Ranulph Fiennes' novel "The Feather Men" by director Gary McKendry and co-writer Matt Sherring), he plays a onetime super-secret British SAS fighter named Danny who's retired himself back to the Australian outback, where the girl he grew up with (Aussie model/actress Yvonne Strahovski) is hanging around waiting for him in various fashion-shoot locations. Of course that won't last, and when Danny's onetime Yank mentor Hunter (it's Robert De Niro, in one of those baffling recent De Niro performances that's above a cameo but not quite an actual role) gets taken prisoner by some mysterious Middle Eastern potentate, we're off on an exceptionally convoluted journey from Oman to London to Paris, full of bombs, guns, period automobiles and double-crosses.

I'm not sure I can explain the plot, and not totally convinced that McKendry could either. (This is his feature-film debut, and I look forward to much more morally ambivalent but highly watchable trash from him.) That also may not be a liability; Fiennes' novel -- which is supposedly based on real Cold War-era history -- is an ultra-tangled yarn of mercenaries, defrocked agents gone rogue, reactionary conspiracies, vengeful Arab sheiks and a British military campaign in the Middle East so secret it remains blacked out today. Part of the idea in "Killer Elite" is that Danny, Hunter and Spike (Owen), the shadowy British agent who's pursuing them, do not themselves understand the larger parameters of the game they're playing. Which certainly does not stop them from striking cool poses, wearing vintage shades and spreading mayhem across two continents, in a movie that might not have too much intelligence, coherence or morality but is nonetheless confident, sneaky, stylish and never boring.