Why should marriage last forever?

'Til death do us part is so permanent. Does Mexico City have a good idea with renewable marriage contracts? 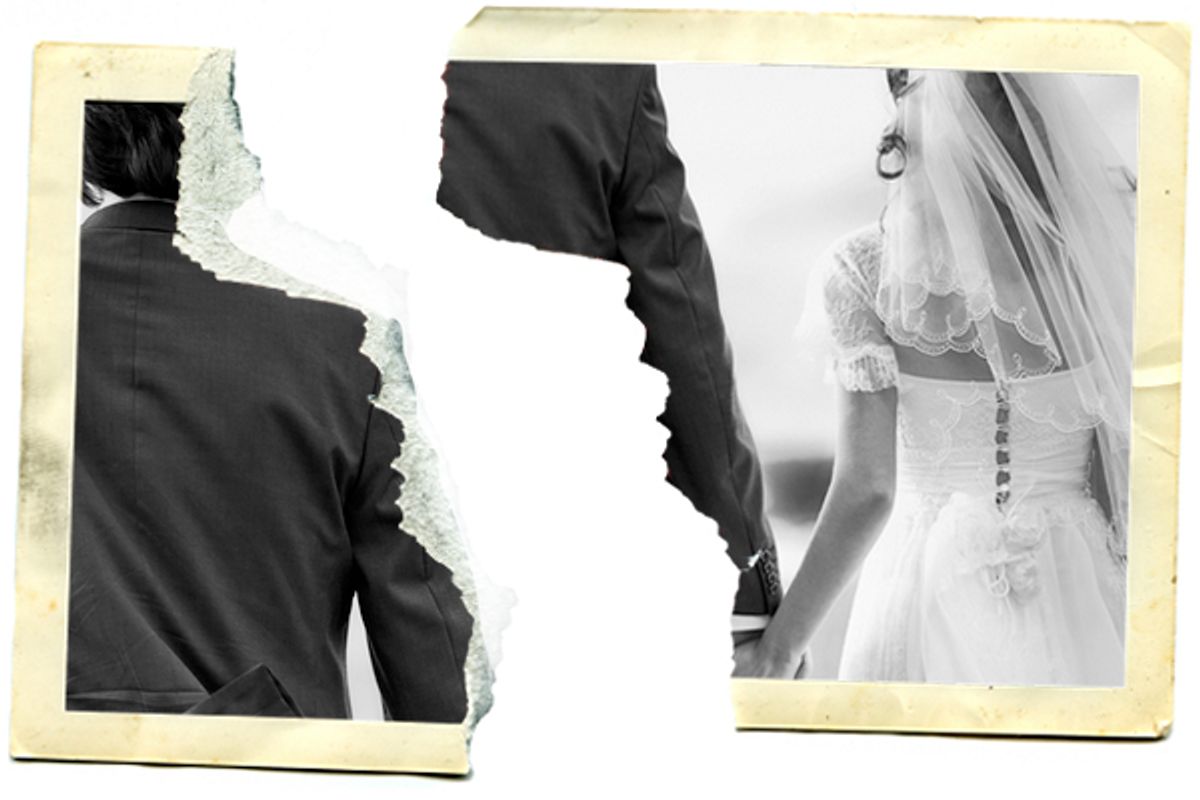 When you live in a place with a 50 percent divorce rate, is "till death do you part" even a realistic concept? In a radical rethinking of matrimony, Mexico City's assembly is mulling a proposed civil code reform that would enable the city to issue marriage licenses with time limits.

The idea, explains assemblyman Leonel Luna, is to help couples avoid "the tortuous process of divorce." Instead, couples could opt for a renewable contract for a minimum two-year term, complete with provisions for the division of assets and custody of children. "If the relationship is not stable or harmonious," Luna says, "the contract simply ends." Luna says there could be a vote on the new marriage contracts by the end of the year.

Unsurprisingly, the Catholic Church, still fired up over Mexico City legalizing same-sex unions in 2009, is none too pleased with the move. Mexican archdiocese spokesman Hugo Valdemar told Reuters this week that "This reform is absurd. It contradicts the nature of marriage. It's another one of these electoral theatrics the assembly tends to do that are irresponsible and immoral." Because anything other than a lifetime binding contract between a man and woman is hooey!

There's something irresistible about the notion of a love that can last forever. But matrimony has always existed as both a business relationship as well as a romantic one. Sure, plenty of arranged marriages have led to deep and lasting love, but they've also been built on practical social alliances between families. The blending of fortunes, the rearing of children -- they all factor into the culture of marriage. Just ask Patti Stanger. It's not just about eternal ardor. So why not make it easier for couples to openly acknowledge another practical aspect of marriage – that it doesn't always last until one person gets the privilege of burying the other one?

Love, even under the best of circumstances, is not a static condition. Even if you're with the same person, the relationship you're in at 24 isn't the one you're going to be in at 64. And though it may sound harsh to subject it to periodic review, there is in fact both a pleasantly incentivizing reason to do so and a luxuriously liberating one as well. Think of any couple you've ever known -- or possibly participated in -- in which domesticity was taken as Let Yourself Go pass. Partnered life doesn't have the urgent frisson of early dating, but it's not an excuse to stop putting in the work, either. How different might the experience of marriage be if both participants in it were subject to periodic, mutual review? The chance to say, here's what's working, here's what's changed, here's what needs improvement? The opportunity, even, to say, maybe it's time to move on? Why not acknowledge that a great five-year run could be more satisfying than a 30-year sentence? After all, we leave jobs and houses and quietly distance ourselves from old friends all the time, and it's rarely considered failure. Instead it's understood to be part of growth and the nature of life. So why is permanence so highly prized? Why is endurance equated with commitment?

Not everything about the temporary marriage idea is perfect -- it certainly could make it easier for partners to absolve themselves of responsibility when the going gets tough, either because of money, kids or any number of real-world challenges. But guess what? Marriages bust up all the time over those issues anyway, and with plenty messy consequences.

In recent years, I've been to a few unions where the couple has substituted the phrase "as long as we both shall live" with "as long as we both shall love." The idea of life outlasting love, especially right when romance is fresh and new and being celebrated, is a harsh one. And endings, unmistakably, bring heartache. The notion that the person you've pledged yourself to might opt not to re-up your contract is a painful one. But it could also be a very freeing one. Because staying together would then become a matter less of obligation than one of ever-renewing choice. And within the scary yet already quite real prospect of love dying and marriage ending, there would be the chance to freely and openly choose each other on an ongoing basis. To say, if I had to do it again, I would. And in fact, I still do.