Erin Burnett: Voice of the People 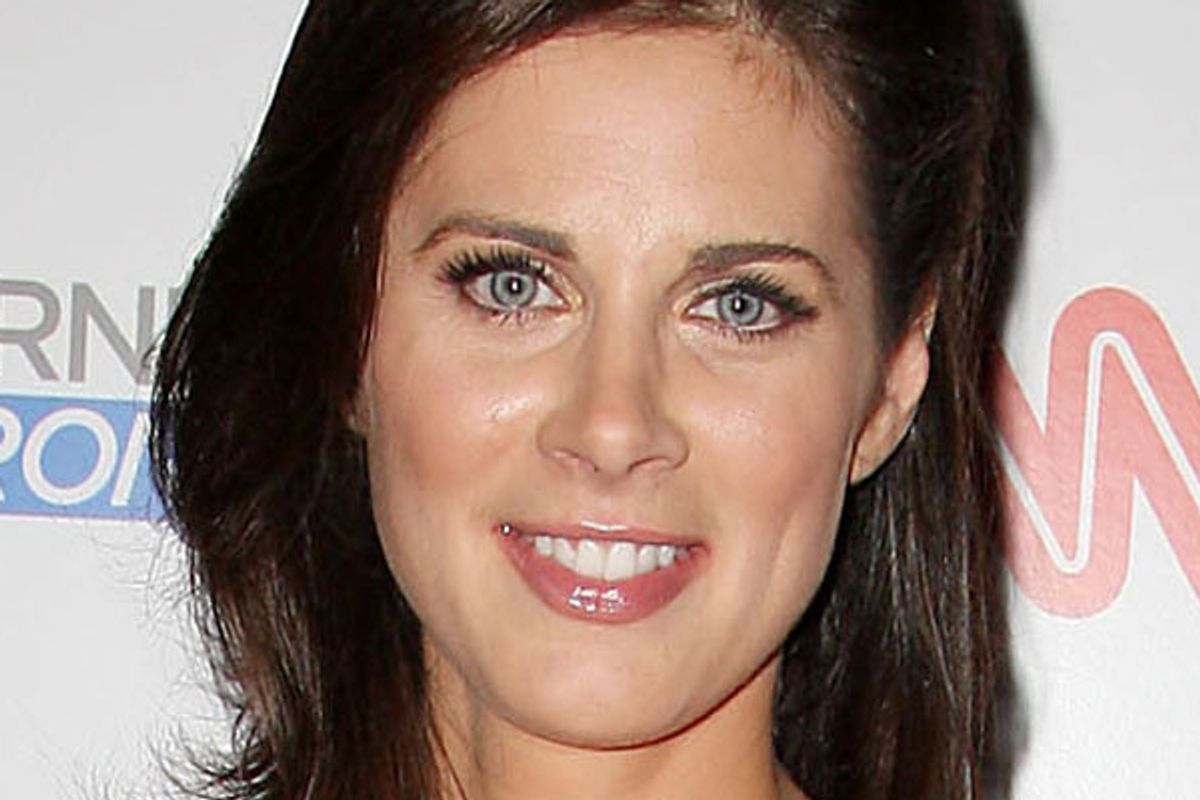 On her new CNN show on Monday night, host Erin Burnett was joined by Rudy Giuliani's former speechwriter John Avlon and together they heaped condescending scorn on the Wall Street protests while defending the banking industry, offering -- as FAIR documented -- several misleading statements along the way.  Burnett "reported" that while she "saw dancing, bongo drums, even a clown" at the protest, the participants "did not know what they want," except that "it seems like people want a messiah leader, just like they did when they anointed Barack Obama."  She featured a video clip of herself explaining to one of the protesters that the U.S. Government made money from TARP, and then demanded to know if that changed his negative views of Wall Street.

This is far from the first time Burnett has served as spokesperson for Wall Street; it's basically what her "journalistic" career is.   She angered Bill Maher a couple years ago when arguing that the rich have suffered along with the poor and middle class as part of the financial crisis, and that it would be wrong to "soak the rich" because they're already paying so much taxes.  She caused Rush Limbaugh to gush over her when she argued on TV in 2007 that all Americans benefit when the rich get richer: "the majority of Americans directly benefit from what happens on Wall Street," she proclaimed, just over a year before the financial collapse.

In an interview last year with Vanity Fair, she insisted that people on Wall Street do not have private planes and that "there are a lot of stalwart, solid people on Wall Street. There are just a few shady people providing the fodder for big budget movies"; when asked: "When was the last time you interviewed somebody on Wall Street and said, 'Enough of your lies, we deserve the truth goddammit?!'", she would only say in response: "I'd never use the word 'goddammit' in an interview."  And then there's this two-minute video from her 2009 appearance on Meet the Press, compiled by Progressive Change Campaign Committee, in which she repeatedly heaps patronizing scorn on criticisms of Wall Street while defending its virtue:

Here's some background about this former NBC News business reporter and current CNN news host, from an article last week:

[Burnett] is set to tie the knot with Citigroup executive David Rubulotta. . . .

The American-born journalist started her career as a financial analyst for worldwide investment banking and securities firm Goldman Sachs.

During her time at the company she was headhunted by CNN for the position of writer and booker for the network's hit show Moneyline.

When Burnett later became Vice President of Citigroup/CitiMedia, she met Rubulotta, who currently serves as an executive with the company.

Last week, as MediaBistro reported, "CNN feted its newest anchor [] at Robert restaurant at The Museum of Arts and Design in Columbus Circle, just a few hundred feet from CNN’s NYC headquarters, overlooking Columbus Circle and the southwest corner of Central Park."  Among the many fabulous guests celebrating Burnett's new "news" program was JP Morgan Chase CEO Jamie Dimon.  Do you think any of this might have anything to do with her scorn for Wall Street protests and her perpetual defense of the nation's oligrachs?  Would it ever occur to CNN that perhaps a former Wall Street banker at Goldman Sachs, currently engaged to a Citigroup executive, might not be the best person to cover those protests?  Of course not: that's exactly the bias that makes her such an appropriate choice in the eyes of her Time Warner bosses.

Meanwhile, Burnett's CNN colleague, business reporter Alison Kosik, was encouraged on Twitter to ask the Wall Street protesters to explain the purpose of the protest in 140 characters (the limit for Twitter).  As NYU Journalism Professor Jay Rosen documented, this is how that CNN journalist replied to the suggestion:

After numerous people criticized her for that, she ignored the criticisms but deleted the tweet without comment; what a brave and intrepid thing for a reporter to do.  But while that tweet is deleted, she left this comment, after a staff member on CNN's Piers Morgan Show wrote: "Occupy Wall Street should go mainstream and protest debit-card fees. Or would that be too corporate?"

Kosik then went on CNN last night and assured everyone that Wall Street traders empathize with the (whining, bongo-beating, pothead) protesters because -- echoing Burnett -- traders are suffering like everyone else.

Needless to say, Burnett and Kosik consider themselves to be opinion-free, objective "reporters."  Indeed, this is what Burnett said in the Vantiy Fair interview when asked if she sympathizes too much with the Wall Street plutocrats on whom she purports to report: "My job isn't to give an opinion but to try and explain what's happening."  But just like Andrew Ross Sorkin and his protection of and subservience to his "CEO-of-a-major-bank" friend, these people are oozing bias and opinion from every pore of their being.  They are so devoted to and immersed in the insular oligarchical world of which they are desperate to be a part that they know and care about nothing else.  Expecting them to provide objective, critical assessments of business elites is like expecting a heroin addict to rat out his dealer.

Financial reporters like these have the same relationship to Wall Street titans as most national security reporters have to miltiary and intelligence officials: subservience, reverence, and a desperate desire to identify with them.  Last night while looking for something else, I happened to stumble into the contentious interview I had last year with CNN's Jessica Yellin and Fran Townsend about WikiLeaks -- when those two, like most media figures, competed with each other to see who could be more scornful and contemptuous of Julian Assange -- and realized that the parallels were clear.  People like Yellin and Townsend hated WikiLeaks because the group challenges and subverts those whom they most revere (National Security State officials); it's exactly the same reason that people like Burnett, Kosik and Sorkin are so contemptuous of Wall Street protesters: because the protesters have targeted the high priests of their world (Wall Street executives) with denunciations and opposition.

I'd bet that these two CNN personalities, along with Sorkin, would genuinely find the suggestion that they are not objective to be baffling and offensive.  That's because their world begins and ends with Jamie Dimon, Citigroup executives, and Columbus Circle corporate galas.  To them, Truth is what is found in that world and nothing else.  When someone like Kosik sneers at concerns over mass joblessness, hopeless debt, foreclosures, and oligarchical control of the political process, she's not being a conscious propagandist; she's just being honest.  Those problems don't exist in their world except as abstractions.

The only people they think are worth talking to are people who view the protesters as dirty rabble and their concerns as whiny irrelevancies.  They're serving as spokespeople for the political and financial elites on whom they pretend to report: that's their job.  Listen to Burnett in that Maher appearance linked above; to her, the real victims, the only victims, are the wealthiest who tragically pay so much in taxes and whose net wealth has decreased over the past few years -- such as herself, her Citigroup-executive fiancée, her Time Warner bosses, and Andrew Ross Sorkin's "CEO of a major bank" assignment editor: the only people who really exist in her universe and who matter (do you think Sorkin would have been as responsive to a call from, say, a person suffering long-time unemployment and foreclosure as he was to his "CEO of a major bank"?).

It's the opposite of surprising that large corporations which own media outlets want to hire people to play the role of journalist on the TV who are slavishly devoted to their culture and their agenda.  But that's the point: the pretense that these people are "objective journalists" delivering opinion-free facts is so discredited that they should just stop pretending.  It's embarrassing already.  Few things have exposed their deep, embittered biases as much as their snide, defensive reaction to these Wall Street protests.

UPDATE: As for Burnett's claim that TARP was some sort of net benefit to "taxpayers," see this crystal clear debunking of that misleading argument from economist Dean Baker; more on the "TARP-made-money" myth here.