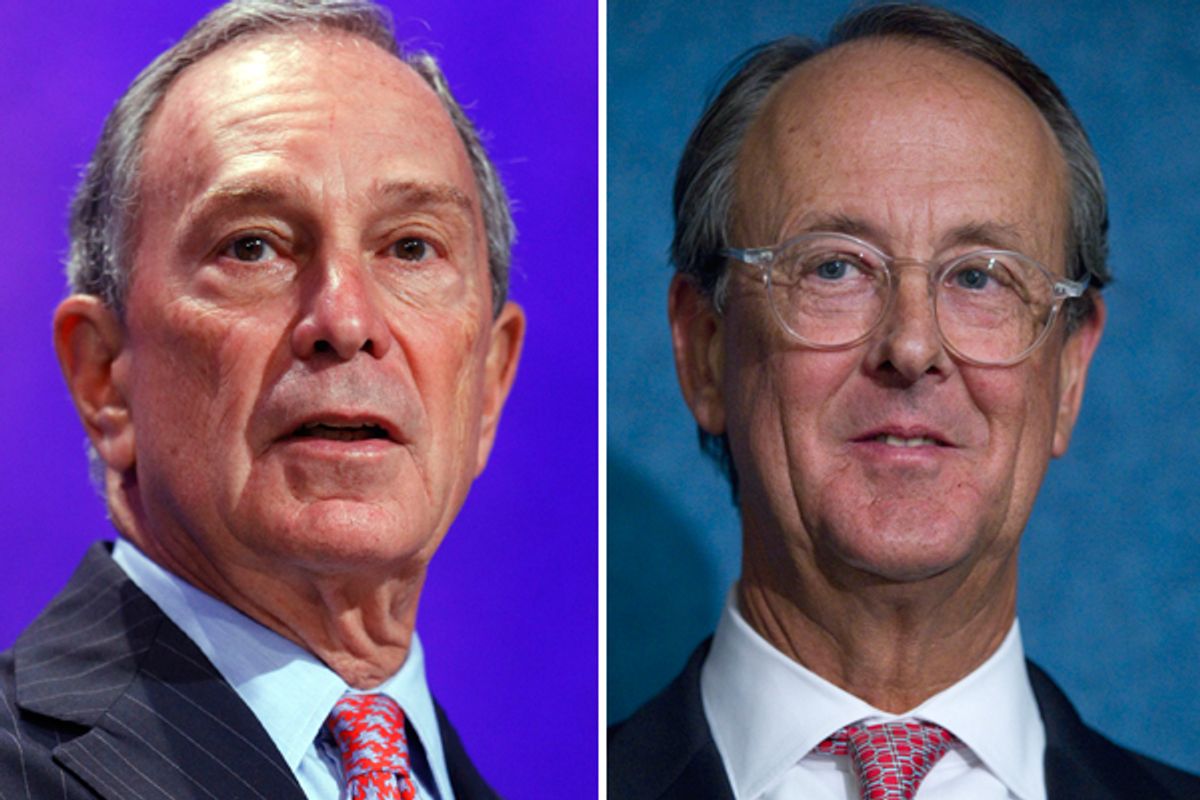 Politico has finally revealed itself to be a devilishly deadpan satire of idiotic Beltway thought with its "POLITICO PRIMARY," an exercise in selecting a third-party "independent" candidate for president based on the only criteria that matter: fealty to the shibboleths of the political elite. I choose to believe it's a wicked parody, because the alternative -- that Politico's Internet contest to pick America's Next Top Centrist reflects the sincere beliefs of Politico's editors -- basically means that the Washington "grown-up" political class is completely divorced from reality, not just deaf to the concerns and needs of actual non-"Morning Joe"-watching Americans but wholly ignorant of the existence of a country outside their bubble.

Jim VandeHei and famous email newsletter author Mike Allen are spearheading the campaign (which has already been unfavorably reviewed by CJR). Here, they explain why America was crying out for Politico Primary:

The public has had it with Washington and conventional politics. It has lost trust and respect in the conventional governing class. There is mounting evidence voters don't see President Barack Obama or the current crop of GOP candidates as the clear and easy solution. As Democratic pollster Stan Greenberg argues, it seems likely if not inevitable an atmosphere this toxic and destabilized will produce an independent presidential candidate who could shake the political system.

If so, who? Is there a person in politics, business or entertainment who could harness the public's hunger for something new, different and inspiring? We are putting this question to readers on POLITICO, Yahoo, Facebook and Twitter as well as viewers of MSNBC's "Morning Joe" to solicit ideas and ultimately vote on them. This is part parlor game, part reporting assignment — and hinges entirely on voters and readers engaging in the debate. So have at it.

America is sick of "Washington and conventional politics," and so Politico has chosen the following unconventional non-Washington candidates to shake things up:

Doesn't that scream "new, different and inspiring"? Each candidate also gets a hilarious blurb from VandeHei and Allen. Here's the intro to Bowles':

The most depressing reality of modern governance is this: The current system seems incapable of dealing with our debt addiction before it becomes a crippling crisis.

That is indeed the most depressing reality of modern governance, as long as every single other one of America's festering unsolvable problems is a pure abstraction to you, because you're rich and gainfully employed.

Indifference to policy, an eagerness to see politicians as products to be marketed, undue deference to institutional authority, a fetish for “centrism,” regurgitated conventional wisdom, a breathtaking failure of imagination—it’s all here.

That about sums it up. Vote billionaire businessman deficit hawk moderate general for president in 2012!