Boston's mayor: "Civil disobedience will not be tolerated" 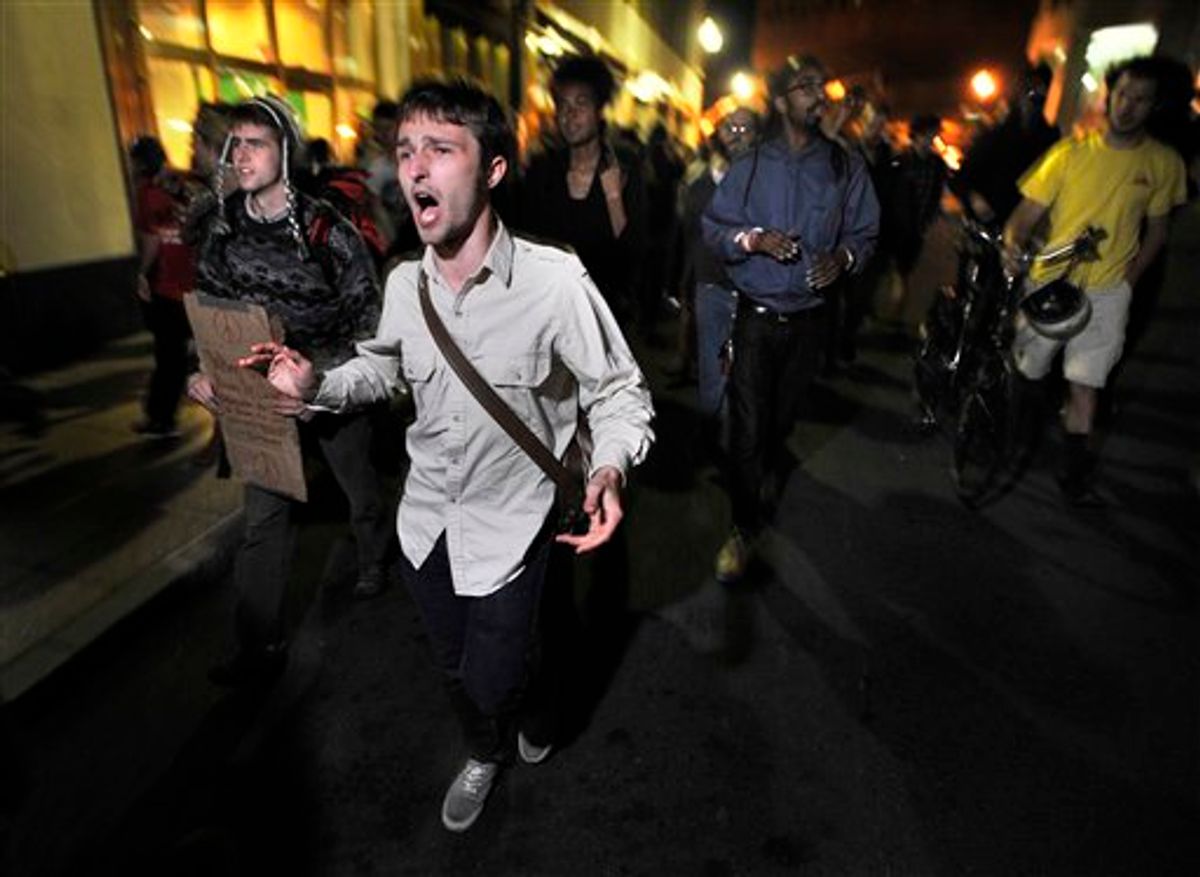 Demonstrators with "Occupy Boston" march toward the police station where fellow demonstrators were brought after police arrested people sleeping in an expansion of the Occupy Boston tent village in Boston, in the early morning hours of Tuesday, Oct. 11, 2011. (AP/Josh Reynolds)
--

Boston Mayor Thomas M. Menino has responded to outrage following the early-morning arrests today of more than 100 peaceful protesters, saying that he sympathized with their goals, but wouldn't allow demonstrators to "tie up the city."

In an interview with the Boston Globe, Menino said: “I understand they have freedom of speech and freedom of expression, but we have a city to manage. I’m open to suggestions, but civil disobedience will not be tolerated.” The comments came hours after Boston's police commissioner blamed the arrests on "anarchists."

“I agree with them on the issues. Foreclosure. Corporate greed. These are issues I’ve been working on my entire career," he said. "But you can’t tie up a city."

The protesters first began demonstrating nearly two weeks ago in solidarity with Occupy Wall Street, and were legally camped out at Boston's Dewey Square until early this morning, when they branched out onto the adjacent Rose Fitzgerald Kennedy Greenway.

More than 200 officers were dispatched in riot gear to clear the protesters from the Greenway. At around 1:30 a.m. police began arresting demonstrators, in some cases forcibly.

According to the Globe:

Boston police spokeswoman Elaine Driscoll said officers “have a right to protect themselves,” and acted with restraint.

“We believe all our officers were respectful and proportional,” she said.