Should President Obama replace Joe Biden with Bill Clinton? Only if you can't think of an even sillier idea 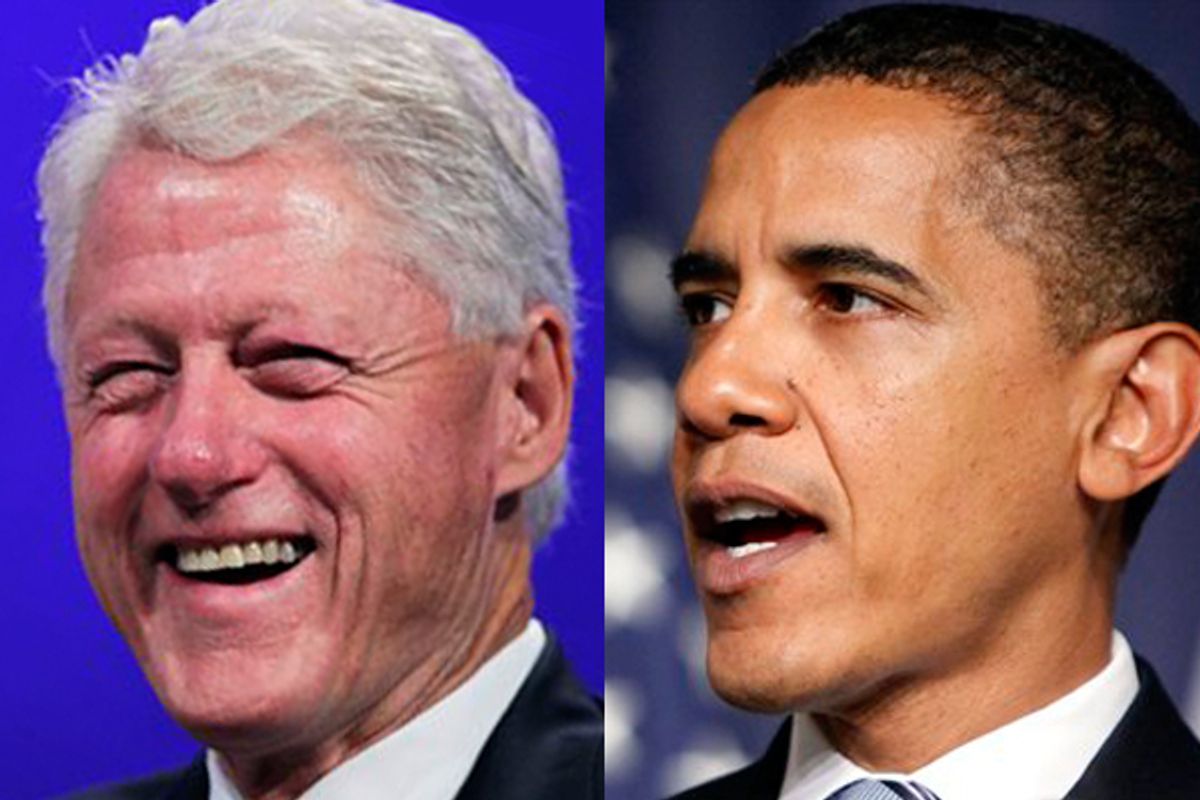 Politico knows it must keep innovating in the field of political horse-race fanfic in order to maintain its position as the nation's leader in inane presidential campaign speculation. Last week, Bloomberg published Jonathan Alter jumping on the "Obama might replace Biden with Hillary Clinton even though everyone involved has said in no uncertain terms that that will never ever happen" bandwagon. That was Politico's beat! Rather than complain, though, Politico has decided to move on. They are now way beyond the Hillary chatter.

We like Joe and respect Hillary. But if President Barack Obama decides to follow the path of his favorite president, Abraham Lincoln, and change running mates, the insiders are buzzing about the wrong Clinton.

That’s right: a Barack-Bubba ticket is the way to go. True, if elected, Bill Clinton would become our first vegetarian veep — since he’s no longer the fast-food guy. Can a real Bubba eat tofu? And yes, he would be the first former president to hold the job, too.

Apparently this is technically possible under the 22nd Amendment, or so these two claim. And, really, this idea is not very much dumber than the Hillary Clinton "buzz," and it certainly makes more electoral sense than the prospect of a totally unwanted Bloomberg third-party run. Maybe Goldman and Rozell are highlighting the absurdity of the fantasy football school of political punditry? Maybe everyone will decide, upon reading this very silly piece, that the entire running-mate-swap genre of analysis is stupid and embarrassing? (Joe Biden is ... not actually unpopular, for one thing.)

Or maybe this will just continue to escalate the imagination-based 2012 campaign analysis arms race. Soon Politico will suggest that Romney select Obama as his running mate in order to win over independents. Or maybe there should be a Biden-Palin ticket? Ron Paul should switch parties and primary Obama. How about an independent Scarborough-Shep Smith ticket? Barack and Michelle Obama must trade places if they want to win in 2012. (Failing that, a Malia and Sasha "Freaky Friday" scenario polls well among married women.) Next week: Mark Penn writes that Obama can only save his presidency by traveling back in time and throwing the election to John McCain. Anything is possible, when you don't actually understand politics except as an amusing parlor game.