What are those OWS people so angry about? 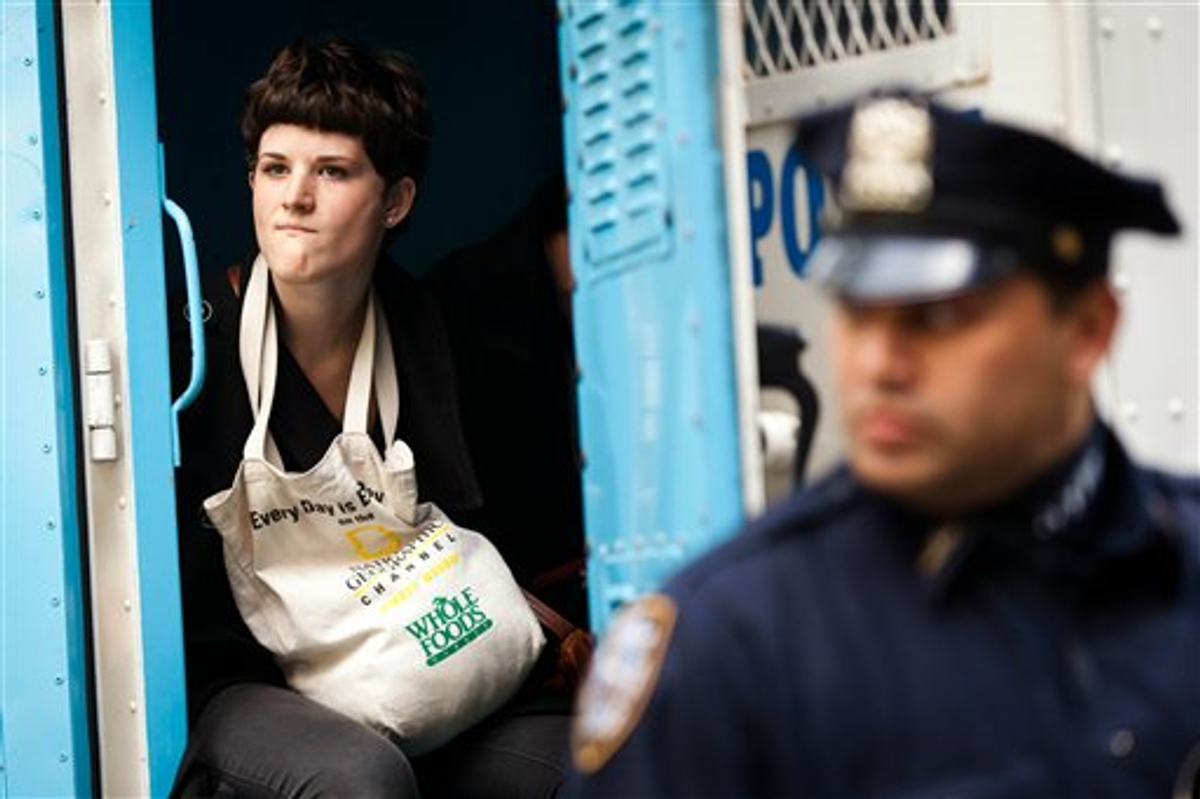 One of the most revealing aspects of the rapidly growing OccupyWallStreet protest movement has been the bewilderment and befuddlement expressed by so many media stars as to what the "message" is of these protests and what these protesters are so angry about. Perhaps this juxtaposition can clarify things, from The New York Times today:

And from McClatchy today: 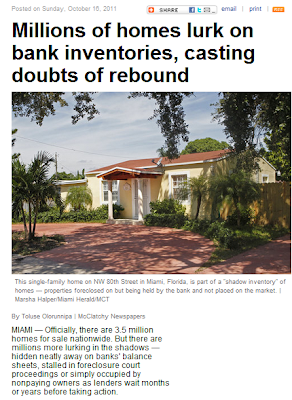 Posting has been light the last few days and may be for a couple more days because I'm preparing for my book tour and book release beginning next week, on October 25 (details for which I'll post shortly). But in thinking about the book's main argument in relation to the OWS protests, one point that I think becomes clear is that growing wealth and income inequality, by itself, would not spark massive protests if there were a perception that the top 1% (more accurately thought of as the top .1%) had acquired their gains honestly and legitimately. Americans in particular have been inculcated for decades with the belief that even substantial outcome inequality is acceptable (even desirable) provided that it is the by-product of fairly applied rules. What makes this inequality so infuriating (aside from the human suffering it is generating) is precisely that it is illegitimate: it is caused and bolstered by decisively unfair application of laws and rules, by undemocratic control of the political process by the nation's oligarchs, and by a full-scale shield of immunity that allows them -- and only them -- to engage in the most egregious corruption and even criminality without any consequence (other than a further entrenching of their prerogatives and ill-gotten gains).

Anyone who expressed difficulty seeing or understanding what motivates these protests revealed many things about themselves. None is flattering. The only thing that's surprising is that these protests didn't happen sooner and that they're not more widespread and intense. I think it's become increasingly clear that that is likely to change, and soon. Like the Arab Spring, the rapid growth of these protests should be a permanent antidote against defeatism. It's unclear what these protests will accomplish -- that still depends on how many people join them and what they cause it to be -- but, already, they prove that the possibility always exists for subverting even the most seemingly invulnerable power factions. That hasn't happened yet, but the possibility that these protests are only in their incipient stages is one of the more exciting and positive political developments in some time. It's been clear for quite awhile that unrest and disruptions -- and the fear which they alone can put in the hearts and minds of those responsible for widespread ills -- are absolute prerequisites for meaningful reform (our fundamentally corrupted electoral process certainly can't and won't accomplish that). These protests at least reflect the possibility, the template, for that to happen. And anyone expressing confusion about why these protests are erupting is almost certainly someone invested in keeping things exactly the way they are.

The Politic, a political journal at Yale University, has published an interview with me about a number of related topics, which can be read here.

UPDATE: Ever since crawling out from behind his Oz-like curtain as The New York Times' Executive Editor in order to pursue a career as a pundit, Bill Keller has consistently revealed himself to be an unbelievably trite, conventional-wisdom-spouting, obsolete, both-sides-are-distasteful establishmentarian.  That, I suppose, shouldn't be a surprise, but I confess to being amazed at just how consistently vapid and banal is his commentary. Today, he begins his column by pronouncing himself "bored by the soggy sleep-ins and warmed-over anarchism of Occupy Wall Street" (he also seems bizarrely to believe that Hugo Chavez is President of Brazil, whose leaders, Keller claims, are "flamboyantly consolidating their own power, nationalizing industries and picking fights with the U.S government" and that we should celebrate only when South American nations are run by pro-U.S., "investment-friendly" regimes). In any event, be aware: Bill Keller finds your protests and complaining to be quite dull; govern yourselves accordingly.

UPDATE II: As I noted in the prior update, Bill Keller's column -- celebrating what he thinks are good governments around the world (which he basically defines as pro-U.S.) as "relief" from those dreary Wall Street protests -- is filled with characteristically vapid platitudes, but it also contained one deeply confused passage:

While his counterparts in neighboring Brazil and Ecuador have been flamboyantly consolidating their own power, nationalizing industries and picking fights with the U.S., Ollanta Humala, the new president of Peru, so far seems bent on a quiet, moderate pursuit of systemic reform. He has eschewed left-wing nationalist rhetoric, appointed an investment-friendly cabinet, and calls the U.S. a “strategic partner.”

As I noted, both in the update and on Twitter, Keller apparently thinks that Hugo Chavez is the President of Brazil, since Brazil's actual government -- both under its prior President and its current one -- has been quite moderate, pro-market, pro-U.S., and very democratic, with extraordinary economic prosperity: far from the caricature of leftist tyranny Keller depicted (Lula left office after the Constitutionally mandated two terms despite more than an 80% approval rating). Keller's column has now been quietly changed to replace "Brazil" with "Venezuela" without any note whatsoever of the change (h/t John McQuaid). Those are some very impressive editorial standards: you just obliterate glaring "mistakes" (much more likely: revealed ignorance) without any mention that it ever happened.

UPDATE III: After I posted the prior update about the lack of a correction and amplified it on Twitter (as did others), this has now been added to Keller's column:

Was this really a case of simple mis-speaking, or was Keller, wallowing in caricatures of left-of-center South American governments, ignorant of the fact that Brazil was actually the opposite of how he described it? One will never know for certain (though, as Tim Dickinson points out, "Keller/NYT now have the geography wrong. Peru and Venezuela are not 'neighboring'"). Interestingly, in that above-referenced Politic interview, I described how the Internet and blogs have affected the behavior of even the most establishment journalists:

[I]f you criticize[d] a member of the journalist class, 15, 20 years ago they could easily ignore you, and the only way to hear about it was basically a letter to the editor—it was purely a one-way conversation. Now, it’s a two-way conversation, so if you’re a journalist, and you write something deceitful or propagandistic or sloppy or wrong, everywhere you turn, you’re going to hear it: in your email, on Twitter, in the comment section of what you write, you’re going to be besieged with criticism, and blogs have really fueled that. Something like that influences people and affects how they work.

This episode with Keller was exactly the type of thing I was describing; along those lines, see the overwhelming negative comments to Keller's column regarding his sneering at the Wall Street protests.

UPDATE IV: In Slate, Anne Applebaum actually argues that the Wall Street protests are anti-democratic because of their "refusal to engage with existing democratic institutions." In other words, it's undemocratic to protest oligarchic rule; if these protesters truly believed in democracy, they would raise a few million dollars, hire lobbying firms filled with ex-political officials, purchase access to and influence over political leaders, and then use their financial clout to extract the outcomes they want. Instead, they're attempting to persuade their fellow citizens that we live under oligarchy, that our democratic institutions are corrupted and broken, and that fundamental change is urgent -- an activity which, according to Applebaum, will "simply weaken the [political system] further."

Could someone please explain to her that this is precisely the point? Protesting a political system and attempting to achieve change outside of it is "anti-democratic" only when the political system is a healthy and functioning democracy. Oligarchies and plutocracies don't qualify.