It's time to Occupy Hollywood!

It's time to stop paying Johnny Depp "stupid money." Celebrities make too much -- and we can do something about it 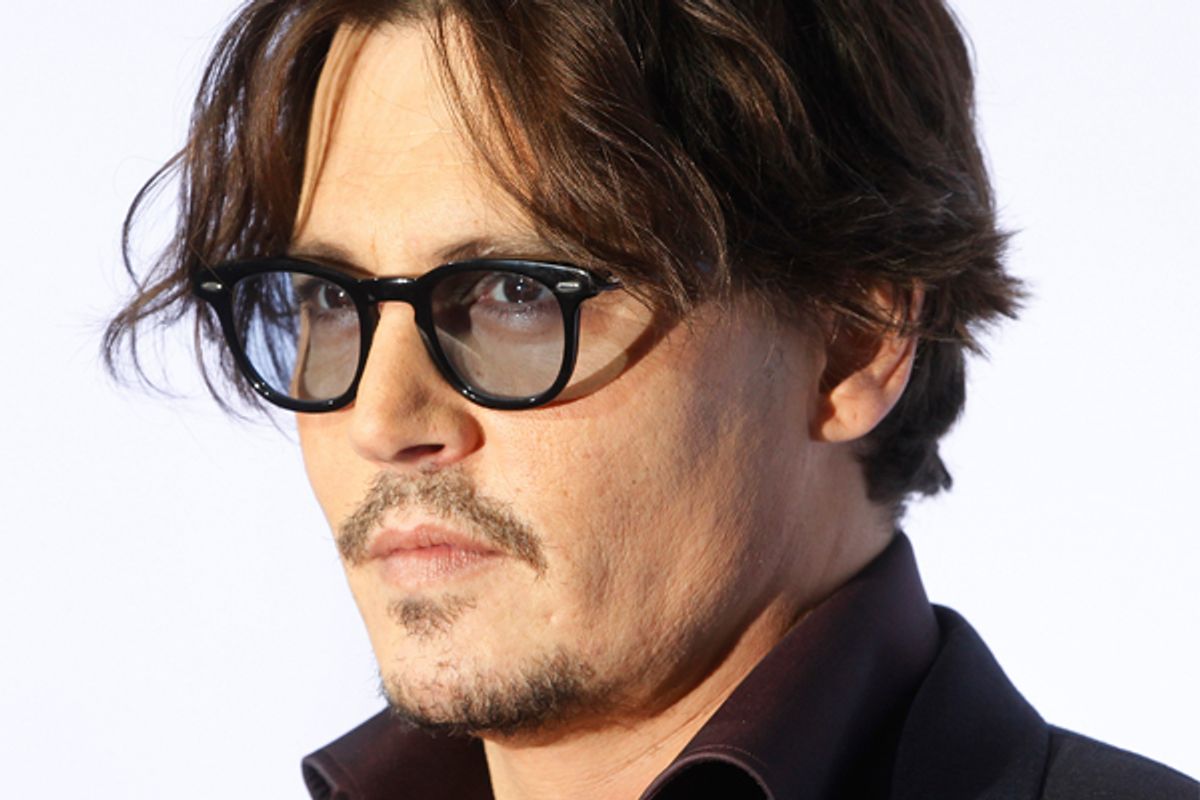 The great recession is not Johnny Depp's fault. Johnny Depp did not decimate your 401K and your children's college savings plans. He did not foreclose your home. He did not take away your health insurance when you got laid off. He did not start charging you new monthly banking fees while awarding himself a hefty bonus. All the guy's ever done is dress like a pirate and entertain people.

Johnny Depp is not the problem. But the entertainment industry is so bloated and reckless that it can pay him $50 million in the last year alone. Depp just shrugs: "If they're going to pay me the stupid money right now, I'm going to take it." But in the midst of economic collapse, it's time to stop paying Johnny Depp stupid money. It's time to Occupy Hollywood.

Depp isn't the only wildly overpaid person in America, of course, and actors aren't the only mega-earners. Tiger Woods' salary and endorsements will earn him about $62 million this year – which is actually a stunning comedown of nearly $30 million in the wake of his marital implosion. And thanks to hefty album sales and a smash tour, Lady Gaga will pull in roughly $90 million. That's a lot of lobster shoes.

Our stars provide us something that Goldman Sachs never will. They're not moving money around or playing games with high-risk securities that look a lot like fraud. Stars entertain and fascinate us; they unite us through a common love of their work; they offer every kid who ever sang into a hairbrush the dream of attaining similar fame and wealth. That's free enterprise, and there's nothing wrong with that. I don't want Johnny Depp to stop making movies, or Lady Gaga to stop banging on the piano. But at a certain point, we as consumers need to consider what it means when any industry throws that much money at so few people.

As David Cay Johnston spelled out Wednesday, in 2010 "There were fewer jobs and they paid less, except at the very top where the number of people making more than $1 million increased by 20 percent over 2009." Meanwhile, half of American workers earned less than $26,400. In other words, everybody is making less, except the millionaires.

We like to think of the 1 percent as evil bankers -- oh, and they totally are. But it is also our movie stars and television icons, and their fans are making that inequity possible. As Brent Cox explained for the Awl last month, even adjusted for inflation, Hollywood has never before paid the kind of psycho money it's hemorrhaging on its stars now. In 2011 money, Marilyn Monroe would have clocked in at a modest under $2 million for "The Misfits." Leonardo DiCaprio, in contrast, stands to make $50 million for "Inception."

To pay for the stars, studios have gutted the number of movies they make by 20 percent. And while Depp earns enough to buy himself a small planet, Jack Sparrow's home at Disney is laying off hundreds of employees. This is the same studio whose sense of proportion is so out of whack that it prides itself on sticking to a $215 million budget for a remake of "The Lone Ranger," starring, of course, Johnny Depp. In a harrowingly grandiose statement of out-of-touchness, Jerry Bruckheimer told the Hollywood Reporter this week, "For the smaller scenes [we] laid off the extras, the effects people, the makeup people ... We bunched together scenes with Tonto and the Lone Ranger, so we had a much smaller crew. We saved about $10 million just by doing that." Wait, that's how you saved money? Laying off effects people?

Now imagine a studio looking at its bottom line and saying to a star, "Yeah, maybe $10 million bucks and a small cut of the profits is plenty for this one, pal." Honest to God, what, aside from Will Smith's or Angelina Jolie's pride, would make that insulting? And in the meantime, with more funds freed up, Hollywood could go about the business of taking risks and nurturing new talent and making more movies. That we audiences might even support. With our money. Because we'd have some freaking jobs.

And what if we invested in ourselves once in a while, too? If we put the price of a movie ticket toward helping someone in need? You can text REDCROSS to 90999 to donate $10, right from your phone. What if we gave that ticket price to Donors Choose, to help a school fund a dream project or get needed supplies? What if, instead of spending an hour watching "NCIS," for which Mark Harmon will earn $13 million this year, we spent that hour working with the local outpost of Habitant for Humanity?

It's crazy, I know. But haven't the last few weeks shown us that this business of wild ideas is catching on? That too many of us are hurting, and we need no longer accept that we're powerless to change that? It's not all or nothing. It's not bleak austerity. It's a few drops in the bucket, an acknowledgment that the things that connect us are not just the "Pirates of the Caribbean" franchise. And if the choice as a consumer comes down to crazy or Johnny Depp's "stupid" money, I'll take crazy.