Social media activists say U.S. has abandoned their cause 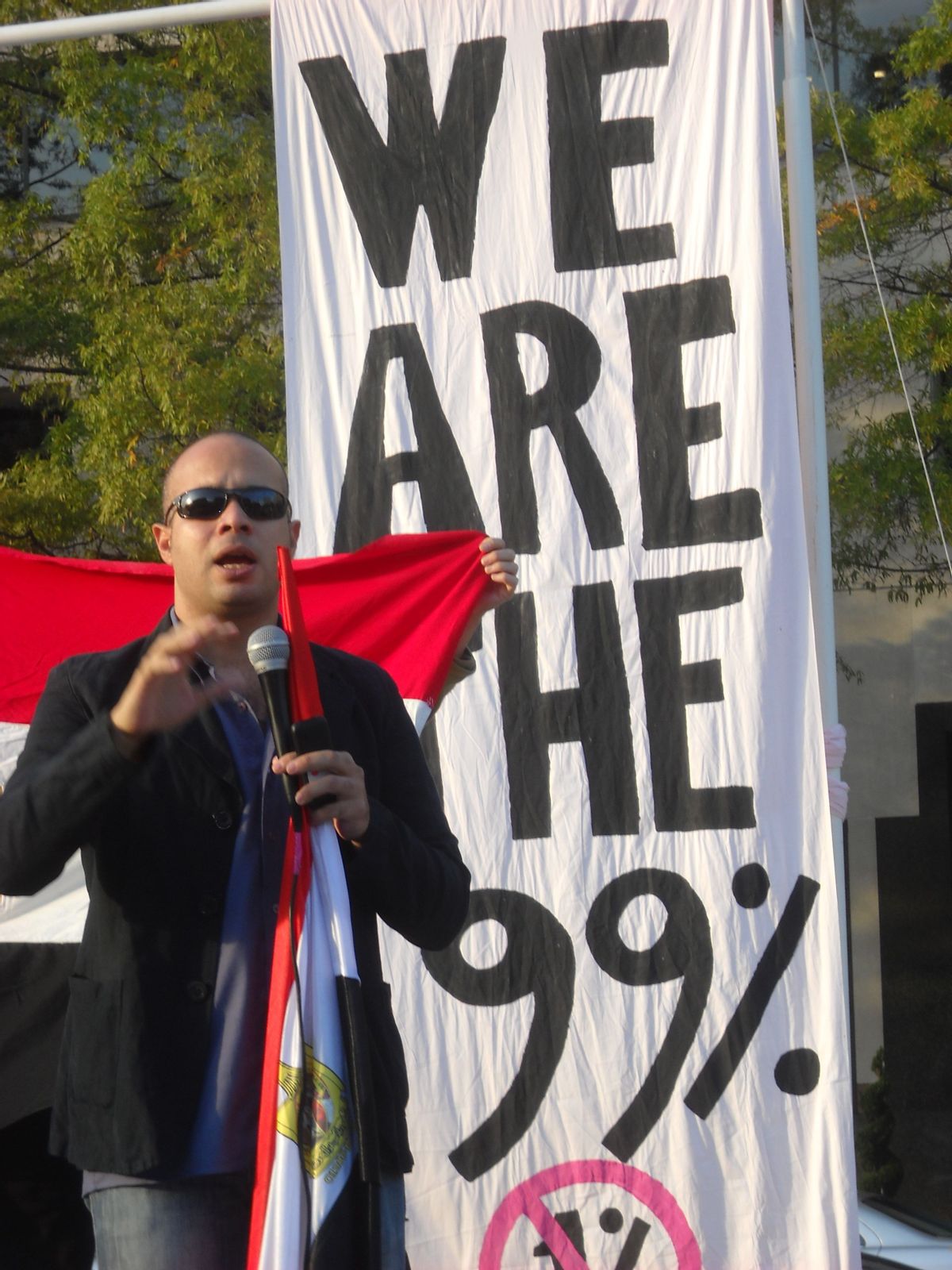 Three of Egypt's so-called Facebook revolutionaries told a crowd of 100 people who gathered Sunday afternoon in Washington's Freedom Plaza  that the U.S. government has abandoned their peaceful revolution in favor of an alliance with the country's still-powerful military. (Video here.)

"We hoped U.S. policy would change" said Esraa Abdel Fatah, known as the Facebook girl for creating a social media page that helped mobilize a general strike over workers rights in 2008. "We hope they would support the people, not the government. But U.S. policy supports the military now, the same way it was supporting Mubarak."

Fatah spoke to a OccupyDC crowd that seemed hungry for advice from activists who have seen tremendous, yet mixed results in the past year. Egypt's revolution of last January has taken a worrisome turn in recent months the military  brutally cracks down on those it views as enemies of the state, while backtracking on promises about the transition to civilian rule. Despite the objections of Egyptian civil society, the Obama administration has mostly refrained from criticizing the country's Supreme Council for the Armed Forces (SCAF).

"We're disappointed the administration didn't get the lesson," said Bassem Fathy, a founder of April 6 Youth, which used Facebook, Twitter and YouTube to detonate a social explosion that swept away Mubarak's government last January. "The U.S. supported Mubarak because he offered stability. Now the U.S. is again choosing stability by backing the SCAF. That might be America's short term interest but we don't think that is America's long-term interest."

Blogger and activist Ahmed Maher, who visited the capital's other occupation site in McPherson Square earlier in the week, said, "we want to make a change from the U.S. policy to supporting the people, not support businessmen."

The meeting of the movements in Freedom Plaza was free of the controversies that have shadowed the Egyptian revolutionaries as their influence has grown.

Fathy and his colleagues have been criticized in Egypt and in Al Jazeera for their participation in the Egyptian Democratic Academy, which was funded by the U.S. government's National Endowment for Democracy.  At the same time, the Republican party has lionized Fathy  as one of "democracy's heroes" in Egypt. But one strength of the Egyptian movement is that it refuses to be categorized by religion or even ideology. Fathy doesn't deny U.S. support or influence. Nor does he hesitate to criticize U.S. policymakers.

When a woman in the crowd asked Fathy for the Egyptian movement's views on U.S. support for Israel, Fathy was even more pointed.

"Our common mood is that we should have at the least the two states--one Israeli, one Palestinian--based on the 1967 borders, " he said, a view that proved deeply controversial when expressed by President Obama earlier this year. Myself, I would like to see a solution like South Africa: One country for all the people who live there. I know that is a dream."

As  the crowd plied their guests for advice about how the U.S.-based occupation movement should proceed, the Egyptians responded by voicing the unorthodox tenets of a global movement without leaders or unified set of demands.

"People will want to know who your leaders are," said Fatah, wearing a traditional head scarf. "Your demands must be your leaders."

"My advice," said Maher, an exemplar of cosmopolitan cool with his shaved head and sunglasses  "is not to accept any advice."