Can a gay musical stamp out bullying? 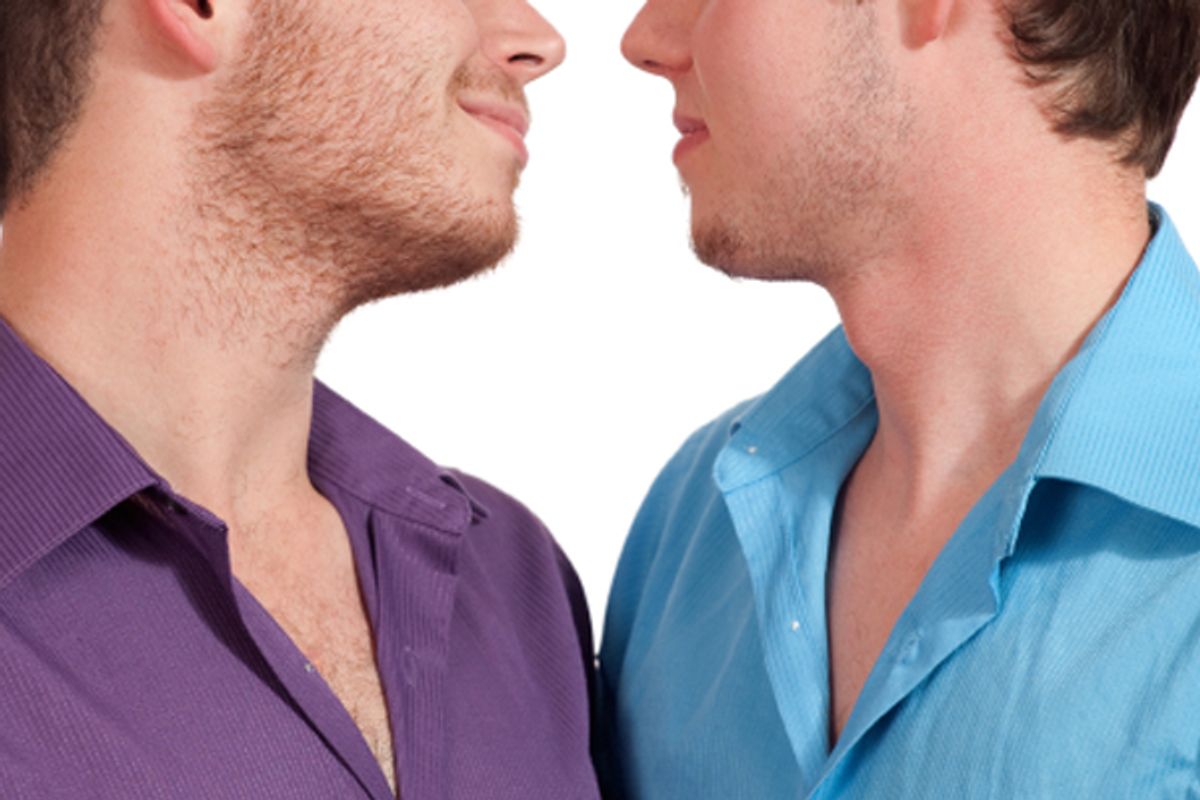 Can a little musical theater and some same-sex kissing help stamp out bullying? Earlier this month, students at Hartford Public High in Connecticut attended a production at their school. But this wasn't some amateur attempt at "Guys and Dolls." Instead, it was the "musical fairy tale" "Zanna, Don't!" -- a show that's even gayer than "Cats."

The action takes place in the imaginary land of Heartsville, U.S.A, where straightness is unusual and heterophobia is common -- until an opposite sex-oriented high school couple challenge the gods. The Connecticut production, mounted by the Hartford community leadership group Quest and the LGBT organization True Colors, featured local high school and college students in the cast. And when two of the male leads engaged in a brief liplock during the first show, several dozen audience members – notably a bunch wearing the school's football jerseys – stormed out in protest. Principal Adam Johnson told CBS that "It was almost a symbolic kind of thing." And the Hartford Courant noted pointedly that a later girl-on-girl smooch was "cheered among students." America, we still have work to do.

I'm not convinced that the type of adolescent who might be inclined to bully a gay person would be swayed by a play inspired by a movie that starred Olivia Newton-John, but kudos to Hartford for making the gesture. Of course, the conservative Family Institute of Connecticut couldn't wait to whip itself up over the supposed "indoctrination" agenda of the show. In response to concerns, the school initially made attendance at the final two performances optional -- and freshmen who wanted to attend had to present a signed parental release stating that they were aware of the show's gay-themed content. But tellingly, Johnson refused to back down on presenting the show altogether or to water down the content. The principal told Playbill, "We have to teach students how to respect and honor each other. [Students] need to learn about the diversity of the world and respecting the rights of all people. [I'm] really glad that we did this program."

There are always going to be people who are afraid of, uncomfortable with or downright hostile toward gay people and gay-themed works. And it's always a fine moment when the rest of us stand up and say, "Tough luck." Because school's job is to prepare young people for life, and that goes way, way beyond SAT scores.

As Jack Baldermann, the school's executive principal, told the Courant: "I wish people knew what a great school this is in so many ways and how we're constantly working to get better. Part of that is talking about tough issues. It's not just algebra and history and English." And opening minds isn't even just about values. Sometimes, it's just about looking at things differently. It's about teaching people – whether they're rowdy teenagers or a group of frightened conservatives -- that's it's OK to hear different ideas once in a while. It's not indoctrination. It's education. That's why the school's 15-year-old quarterback, Jordan Spruiell, has a message for his teammates who stormed off. Aside from the fact that "You have to accept people for who they are," Spruiell says simply, "You guys missed out on a good play."