New recommendations urge boys to get the controversial vaccine. Might this be about Big Pharma's bottom line? 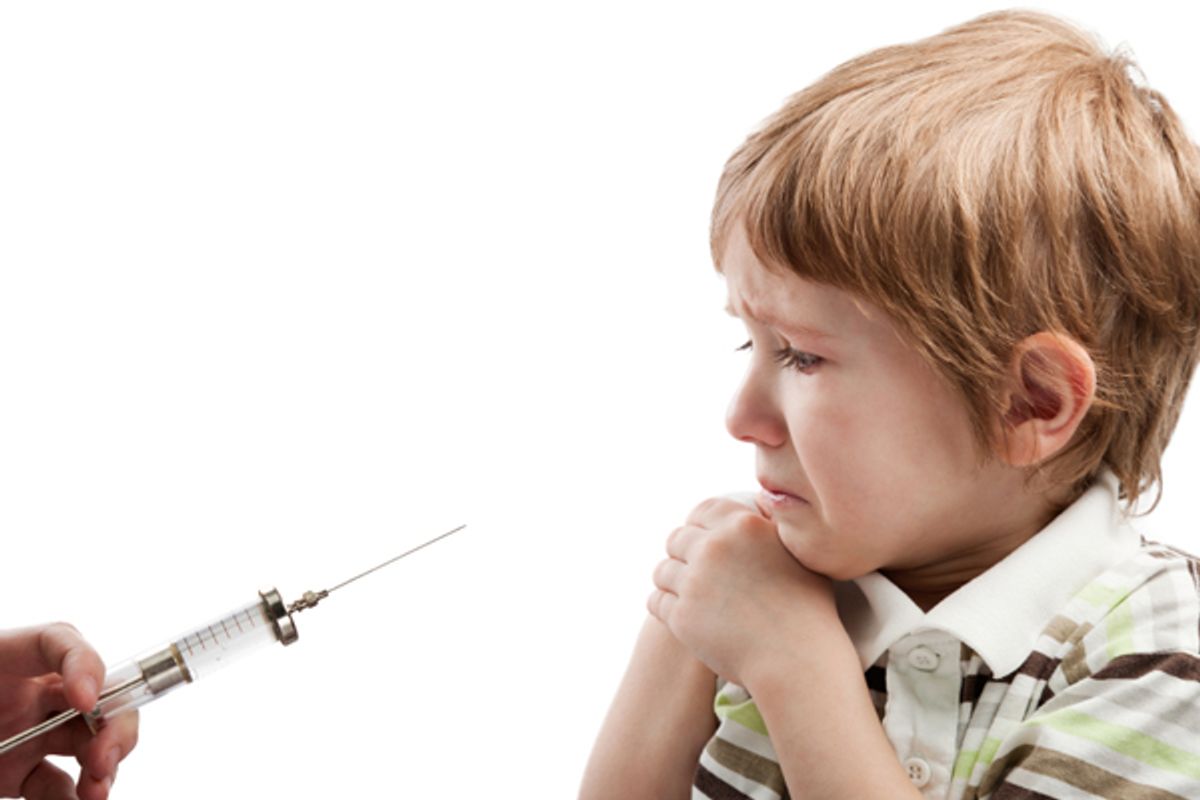 It was bound to happen – five years after its approval for girls, the CDC has this week unanimously recommended the HPV vaccine as part of routine healthcare for boys.

The HPV virus is ridiculously easy to pass along. Because it's not transmitted via body fluid, you can get it even if you diligently use condoms. It's estimated that up to 70 percent of all sexually active men and women will get it at some point. Most won't even know they ever had it. Some will get genital warts. Some – like I did – will develop precancerous cells in their cervixes. And some will go on to get cervical cancer. The virus has also been linked to other diseases -- it's no coincidence that the CDC's recommendation comes on the heels of new research linking the HPV vaccine to the prevention of anal cancer.

You'd think that a breakthrough that can prevent multiple forms of cancer would be relatively uncontroversial. But that three-dose regimen of Gardasil has become a flashpoint in both political and parental debates, setting off vigorous conversations over public health and the implied future sexual health of a generation of children.

Just last month, crazy-eyed gum flapper Michele Bachmann railed against the vaccine being used on "innocent little girls," while Rick Perry found himself deflecting criticism for once issuing an executive order mandating it in his home state. Thanks to fears for the virtue of the Lone Star State's young ladies, it was later withdrawn, and Perry now calls the mandate "a mistake." Virginia and the District of Columbia are the only two places that currently require the vaccine (and both permit a parental opt-out), despite the fact that 24 states have introduced legislation to make it mandatory for school admission. That's what happens when you make a drug whose side effects apparently include slut-shaming.

But with the CDC's new guidelines, parents with sons now join those of us with daughters in navigating the often muddy waters of our children's current and future health. It's certainly worth mentioning that the sudden push to give the vaccine to boys will significantly boost the profits of Merck, the drug's producer. Not bad considering that just a year ago, CNN was dismissing Gardasil as a "marketplace dud." It's also notable that the recent University of California, San Francisco, study on Gardasil's effectiveness on anal cancer was funded with grants from Merck, and that the lab's professor, Dr. Joel Palefsky, has been an advisor to the company.

I want all of our sons and daughters to go out into the world of sexual maturity without the fear of cancer looming over their heads. I also know that the pharmaceutical industry has a deep financial stake in every needle that is injected into their bodies. We parents make uneasy choices, and sometimes, take the leap of faith that the ones we land on are the best. Because we have to live with the knowledge that every medical breakthrough for our kids is also a golden opportunity for somebody else to make a buck.