Should we feel sorry for Ruth Madoff?

She's standing by the man behind the biggest Ponzi scheme ever. But maybe it's worth listening to her story 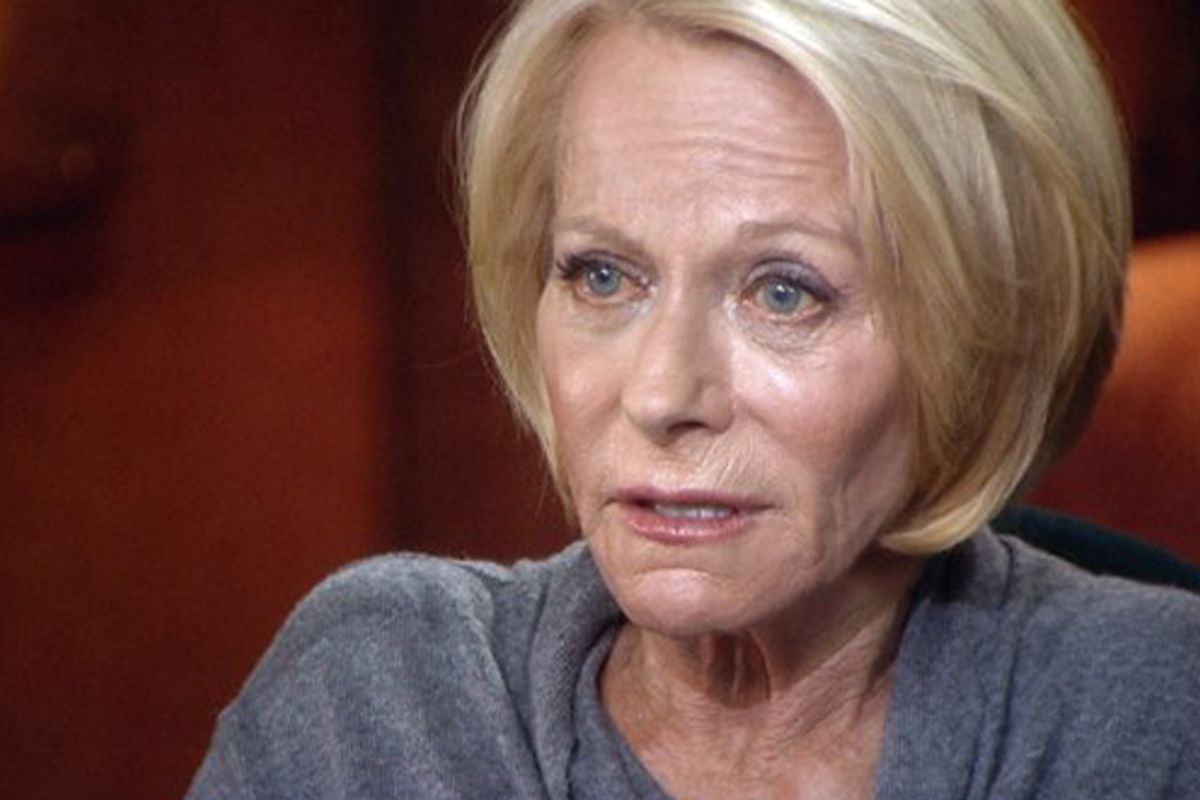 Ruth Madoff couldn't have more ironic timing. With the Occupy movement swelling to global proportions and wealth inequity making revolutionaries out of the fed-up bottom 99 percent , the wife of the man whose name has become synonymous with "greedy dirtbag" has been awkwardly making the rounds -- and attracting harsh criticism along the way. Shilling for journalist Laurie Sandell's new biography of her family, Madoff and son Andrew made an emotional, hotly anticipated appearance on Sunday's "60 Minutes." But will a disgusted American public feel pity for a family whose lavish lifestyle was paid for by devastating duplicity?

Both in the book "Truth and Consequences," which hits stores today, and on "60 Minutes," Ruth Madoff insists that she was "absolutely not involved" in the Ponzi scheme that wiped out billions and became the largest financial fraud in history. And she explained to an incredulous Morley Safer why she stood by a husband who's serving 150 years in prison and discussed the sleeping-pill suicide attempt she claims the couple made on Christmas Eve 2008, as their empire was collapsing. "We had terrible phone calls," she says. "Hate mail, just beyond anything and I said, 'I just can't go on anymore.'"

But if she thought that revealing this story three years later would evoke sympathy, Ruth Madoff had another thing coming. Comments on the Wall Street Journal's website currently lean toward the "liar" and "scumbag" themes. Gawker, with its typical resistance to sensitivity, has already whooped that "The Madoffs Failed to Commit Suicide, Unfortunately." ABC News, meanwhile, questioned why the Madoffs were speaking up now, and got psychologist Judy Kuriansky to speculate, "I think it's a play for sympathy and book sales." Kuriansky then added, brutally: "People who are smart enough to con millions of colleagues out of so much money ... are smart enough to know how many sleeping pills to take to ensure not waking up." Think you're so damn smart, Madoffs? Then why aren't you dead?

Few among us would disagree with the assessment that Bernie Madoff is a scumbag. The only injustice in his 150-year prison sentence is that he won't live to serve every last miserable day of it. And the fact that Madoff's surviving son Andrew says that "I'm not hearing sincerity and remorse" in the letters he's received from his father suggests not only that old Bernie is exactly where he's supposed to be, but that if there is a hell, he will soon get his own special ring of it.

Still, it's easy to forget the humanity of our greatest villains – to see them solely as blood-crazed despots or sneering, mustache-twirling scoundrels. It's easy to imagine them as monsters -- and to transfer that cartoonish infamy to their immediate family members. But frankly, what his family appears guiltiest of is simply having the last name Madoff.

If you or I had that notorious last name, maybe we'd just slink off into the sunset. Or, after a few horrifying years, we'd start talking about it – even if it meant accepting more criticism and wishes for our death. Ruth Madoff, who says she "never thought of leaving" her spouse, is also the mother who has lived through what she calls "the most awful thing that can happen to anybody -- the suicide of a child." Challenging as this may be for the many of us so wronged by the untrammeled excess and greed of a financial system run amok, when we cavalierly make sport of depression, despair and death – even when those things befall families whose patriarchs suck – it doesn't make us the good guys. Acknowledging the complexities within a person's life is not the same as condoning anybody's actions. And just because people are part of the 1 percent, they can still be the victims of bullying, grief and tragedy – exactly like everybody else.