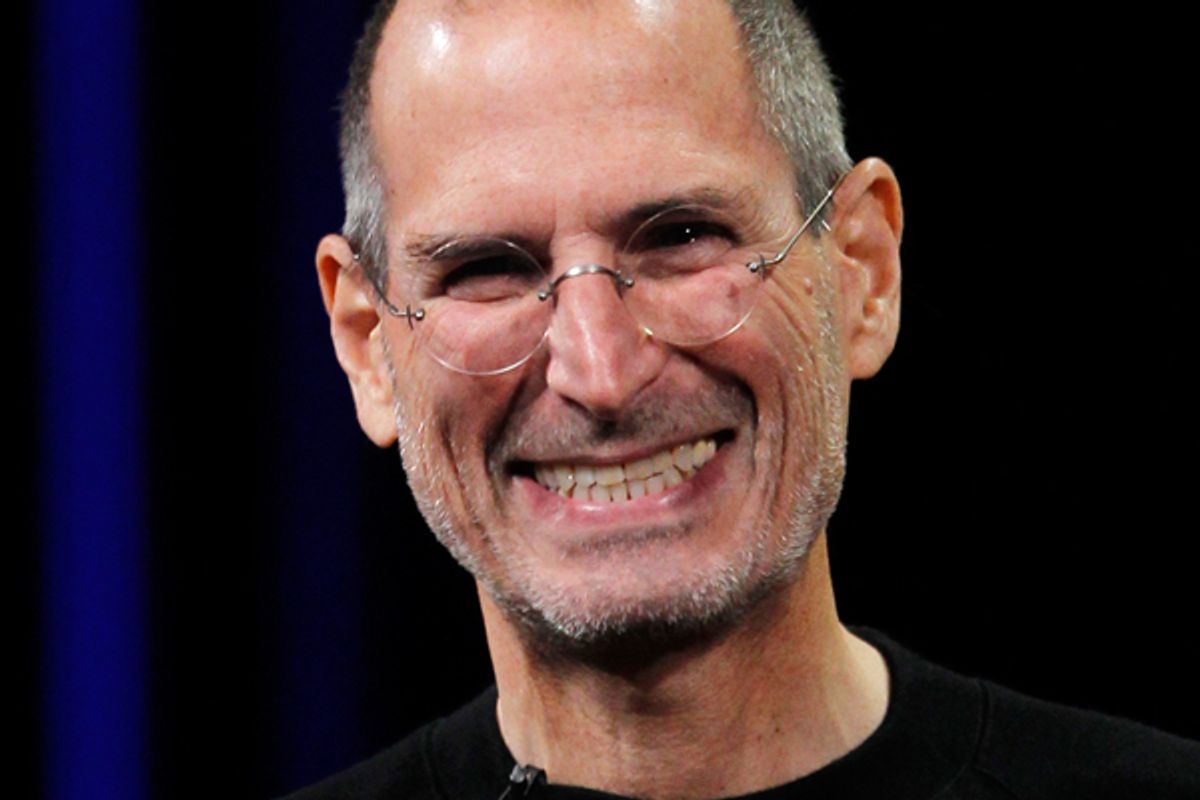 If you want to receive an amazing eulogy, you should probably make sure you have a successful novelist for a sister. In an instantly classic companion piece to Steve Jobs' 2005 commencement speech at Stanford, Jobs' sister Mona Simpson shared the wise, wrenching and deeply heartfelt appreciation she delivered at his Oct. 16 memorial service with the New York Times.

How would you like to be remembered, in the hands of a skillful wordsmith? "Rich and famous," as Jobs already was by the time Simpson met her long-lost sibling in 1985?  Those are certainly words most of us grow up dreaming will someday be applied to our names. And "handsome" -- what man wouldn't love that? But rather than reeling off a list of Jobs' already well-documented successes, Simpson instead turns her eulogy into a celebration of not just a life well lived, but a death well done.

"He was never embarrassed about working hard, even if the results were failures," she writes. "If someone as smart as Steve wasn’t ashamed to admit trying, maybe I didn’t have to be." In a culture that equates wealth with success and presumes success is a prize to be won on a reality show, Simpson extolls Jobs' commitment to a different kind of satisfaction – hard work. The kind that comes with a lot of setbacks and disasters. "He always, always tried," she writes, "and always with love at the core of that effort." To be known as someone who tried, and loved to try -- now that's an accomplishment.

Would you want to be recalled by those you leave behind as having an abiding love of beauty and devotion to your family? Sure, and Simpson gives the man credit for those things, as well. But she also remembers his fearless willingness "to be misunderstood," for being the millionaire who "cultivated whimsy" and "treasured happiness." And, finally, she remembers him as someone who brought the grace of simple determination even into his final breaths. He didn't merely reach death, she writes, "he achieved it." He achieved it with a sense of wonder and amazement, marveling, "OH WOW. OH WOW. OH WOW," with his final words.

You don't have to have a famous novelist in the family to get a great eulogy. You don't have to have your own Wikipedia entry to have an extraordinary life. Simpson writes that "We all — in the end — die in medias res. In the middle of a story. Of many stories." As this brother and sister, in their own unique and compelling ways, prove in one final message to the world, all you need to do  is make sure each day brims with your own exuberantly lived best stories.