FBI entraps old white guys in terror sting, just like it does to young Muslim men 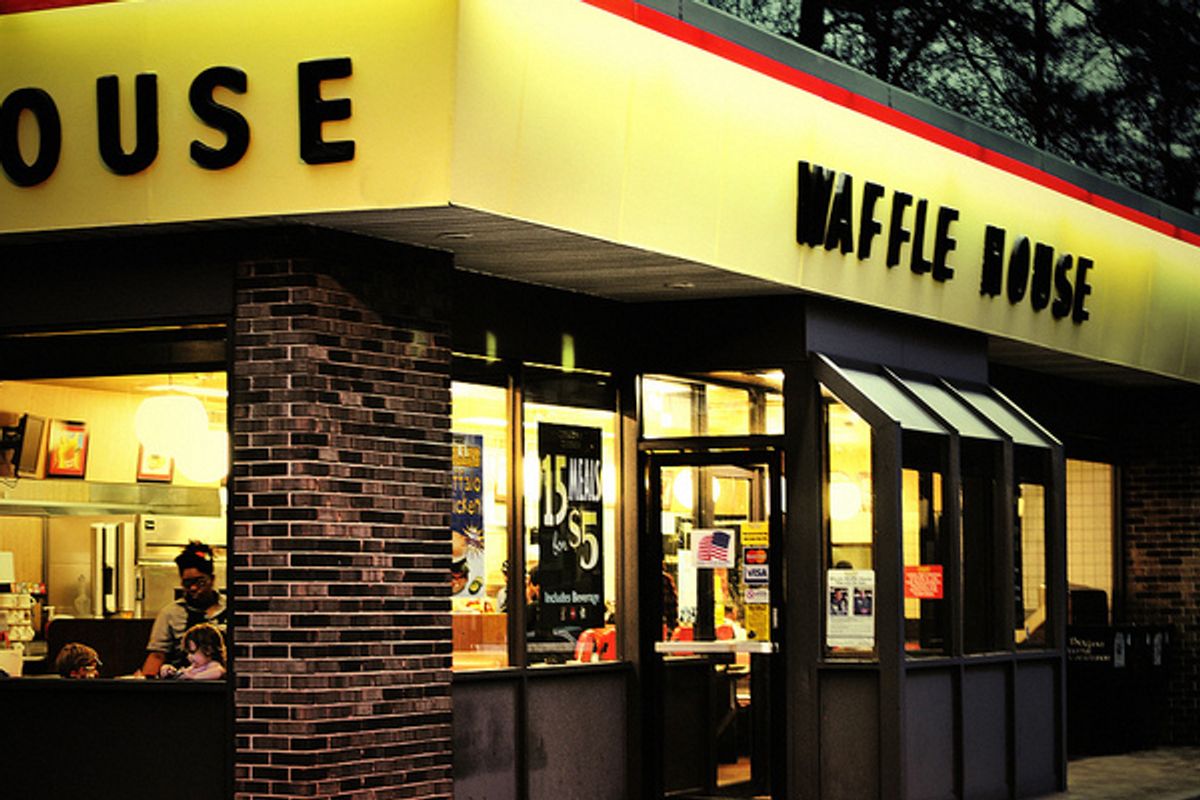 Every now and then, right-wingers like to argue for the inherently violent nature of Islam by pretending the very of idea of a "Christian terrorist" is unimaginably ludicrous. These right-wingers also tend to ignore abortion clinic bombers and other Christian and right-wing murderers who follow the terrorist script, so don't expect them to devote much time to the story of the Waffle House gang recently indicted by the FBI.

Four aged right-wingers apparently plotted to carry out a mass murder based on the plot of a thriller written by frequent Fox guest Mike Vanderboegh. They planned to "save this country" by attacking Washington, D.C., and Atlanta with ricin and botulinium toxin. And they were targeting the government:

What was the ostensible purpose of all this killing? Saving the country of course. "There is no way for us, as militiamen, to save this country, to save Georgia, without doing something that’s highly, highly illegal: murder,” Thomas reportedly said. “When it comes time to saving the Constitution, that means some people have got to die.” The FBI also alleges that "Thomas, Roberts and others discussed the need to obtain unregistered silencers and explosive devices for use in attacks against federal government buildings and employees, as well as against local police."

The group also had a "bucket list" of politicians and members of the media that they planned to kill, which seems to be a misreading of the "bucket list" concept. Two of the men bought "what they believed was a silencer and and unregistered explosive" from an FBI informant, as well. They also -- with the informant -- drove to Atlanta to "scope out" IRS and ATF buildings.

The "good news," I guess, is that now the Justice Department is carrying out the same ridiculous stings on old Christian guys that it regularly carries out on young Muslim guys. Because let's be honest, we have no way of knowing whether these four guys would've actually acted on their anti-government beliefs if they hadn't been led to action by the "informants." They met at a Waffle House and called themselves "the covert group." They range in age from 65 to 73. How much of a real threat could they possibly have been? How much of a role did the "informant" play in pushing the men toward formulating an actual terror plot instead of just grumbling fantasies of revolution over omelets?

They may have been able to manufacture ricin -- one of the men "used to work as a lab technician for a U.S. Department of Agriculture agency known as the Agricultural Research Service," according to ABC News -- but it's unclear how practical ricin is as a chemical weapon. A terrorist needs tons of ricin to kill people through mass dispersal. Ricin is what terrorists turn to when they fail to make anthrax.

This looks like the same "entrapment in all but name" approach to fighting terror that the Justice Department has been pursuing against American Muslims for years. What will be interesting to see is whether the entrapment defense works any better for a gang of four elderly white guys than it does for teenagers with names like "Hosam Maher Husein Smadi."