"Partisan gridlock" is to blame for "both parties" blocking jobs bills, according to Politico 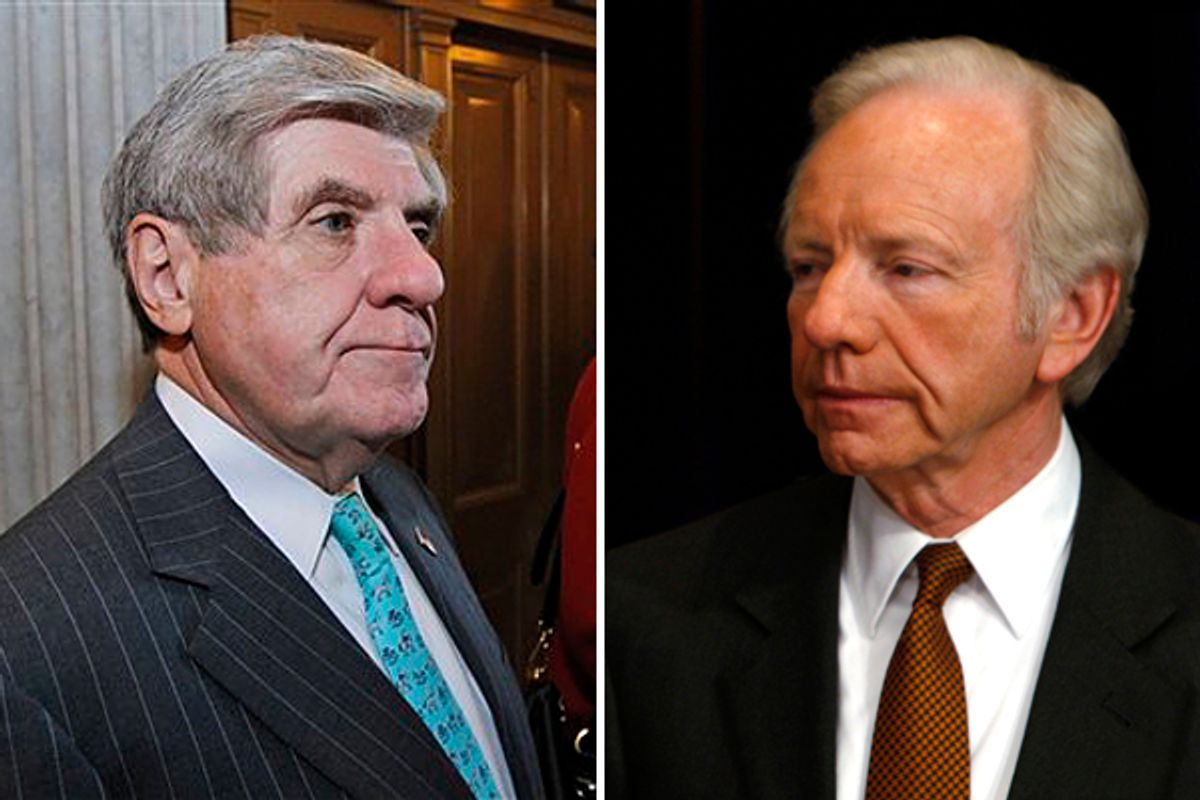 Politico gets a gold star today for writing a story that could be used by journalism professors as a textbook example of everything that is wrong with mainstream reporting on Congress. The story is about "Senate gridlock," responsibility for which rests with "both parties."

Rival Democratic and Republican jobs bills failed in the Senate on Thursday, the latest sign of the partisan gridlock gripping Washington as Americans look for relief from high unemployment and a sagging economy.

"Partisan gridlock" is to blame for the failure of "jobs bills" from each party.

Senate Democrats on Thursday came up nine votes short of the 60 needed to advance their infrastructure bill past a key procedural hurdle. The vote was 51-49, with all Republicans and two members of the Democratic caucus — Joe Lieberman (I-Conn.) and Ben Nelson (D-Neb.) — voting no.

What happened is that the big jobs bill "failed" in the Senate despite receiving more than 50 votes because of the Republican tactic of effectively filibustering everything. So Democrats split the big bill into smaller bills, which have also failed because every single Republican plus independent Sen. Joe Lieberman and conservative Democrat Ben Nelson joined Republicans in refusing to invoke cloture, thus preventing the bills from actually coming to a real vote. The Republican "jobs bill" is a "jobs bill" in name only, and was presented solely so that Republicans could claim to have a "jobs bill." Also, Ben Nelson and Joe Lieberman are trolls who hate the Democratic Party and constantly work against its interests.

The press has helpfully enabled Republican Senate obstructionism by reporting on it as if bills "losing" despite winning 51 percent of the vote is totally normal and acceptable.

The problem, basically, is that "Republicans continue now-normalized practice of abuse of Senate procedure to block popular jobs bills because they object to raising taxes on rich people and wish to deny the president legislative victories" does not sound as objective as "Both parties block jobs bills."

But even by the sorry standards of the mainstream press, this story is ridiculous. Both parties have jobs bills, both parties block jobs bills, and the concept of "partisan gridlock" has somehow gained sentience and agency and now works to defeat popular legislation independent of the actions and desires of actual human legislators!