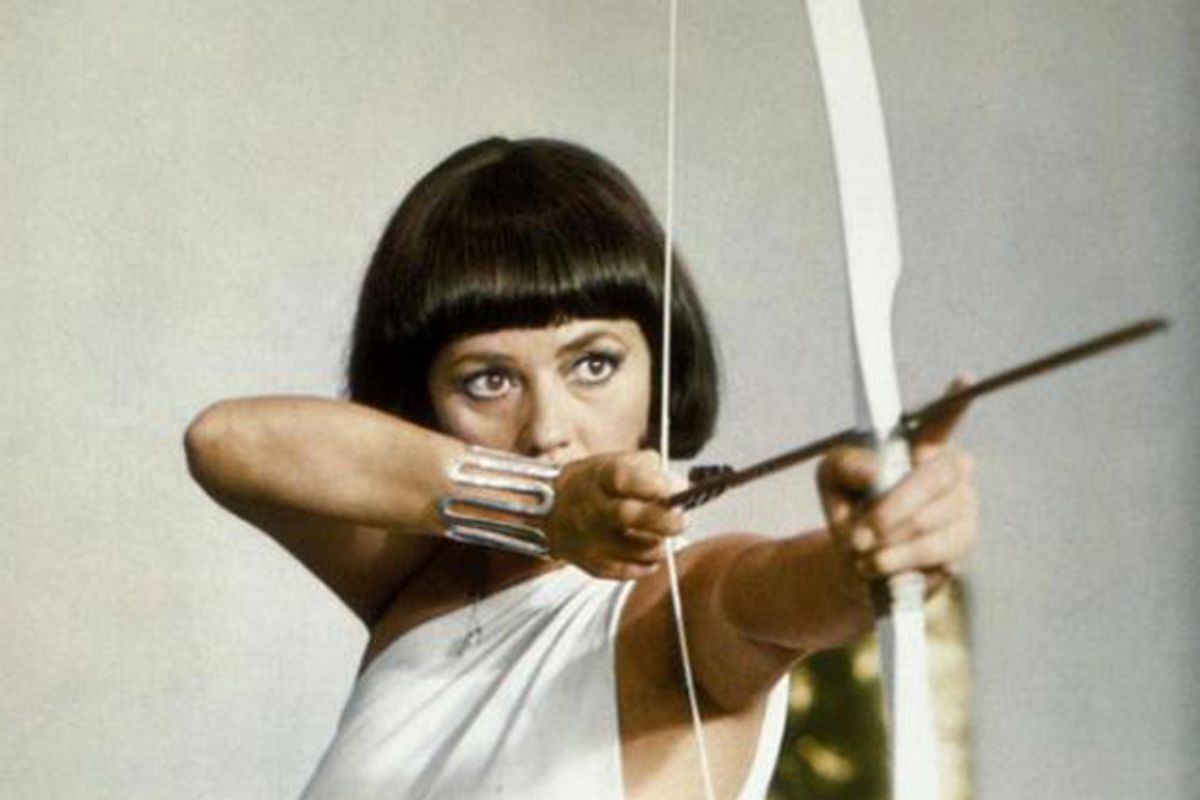 What begins as a French cinephile's almost obsessive tribute to Alfred Hitchcock becomes progressively weirder, wittier and more Continental in François Truffaut's 1968 "The Bride Wore Black," which begins a New York run this week and will then play in many other cities. Truffaut is sometimes viewed as a relative lightweight among the company of big-name '60s and '70s European directors, and there's no doubt his work is uneven. But I find myself appreciating his double-edged, seductive films more and more on repeat viewings. With its summery, Mediterranean surface, Jeanne Moreau as the ultimate femme fatale heroine and a knife-twisting tale of murderous revenge and unexpected romance, "The Bride Wore Black" is well worth rediscovering.

The first thing we see in "The Bride Wore Black" is a printing press churning out black-and-white images of a topless Moreau, but that's one of several misdirections in this movie, since the story is almost entirely chaste, and the color photography of famed cinematographer Raoul Coutard (who shot Godard's "Breathless," Truffaut's "Jules and Jim" and numerous other New Wave classics) is brilliant. With a deliberately obtrusive Bernard Herrmann score and its roots in a novel by Cornell Woolrich (whose short story "It Had to Be Murder" was the basis for "Rear Window"), "The Bride Wore Black" is more like a Hitchcock movie than some of Hitchcock's actual movies, at least at first.

Moreau plays a woman named Julie Kohler, who leaves home after a failed suicide attempt and begins hunting down a list of apparently unconnected men, whom she has never met. To a consummate lady-killer on the Riviera, she appears as a potential conquest in a white evening gown; to a lonely, middle-aged bachelor, she's the fairy princess he's been waiting for; to a bourgeois politician (the outrageously young Michael Lonsdale), she's his young son's schoolteacher. Julie's plot is ridiculous, and the tragedy she's avenging is even more so, but as in many Hitchcock pictures, those things are excuses for a cinematic exploration of the war between the sexes that is ambiguous, more than a little mean-spirited and ultimately surprising.