We need a Corporate Pledge of Allegiance

If Romney and the GOP are going to insist corporations are people, companies should start proving their patriotism 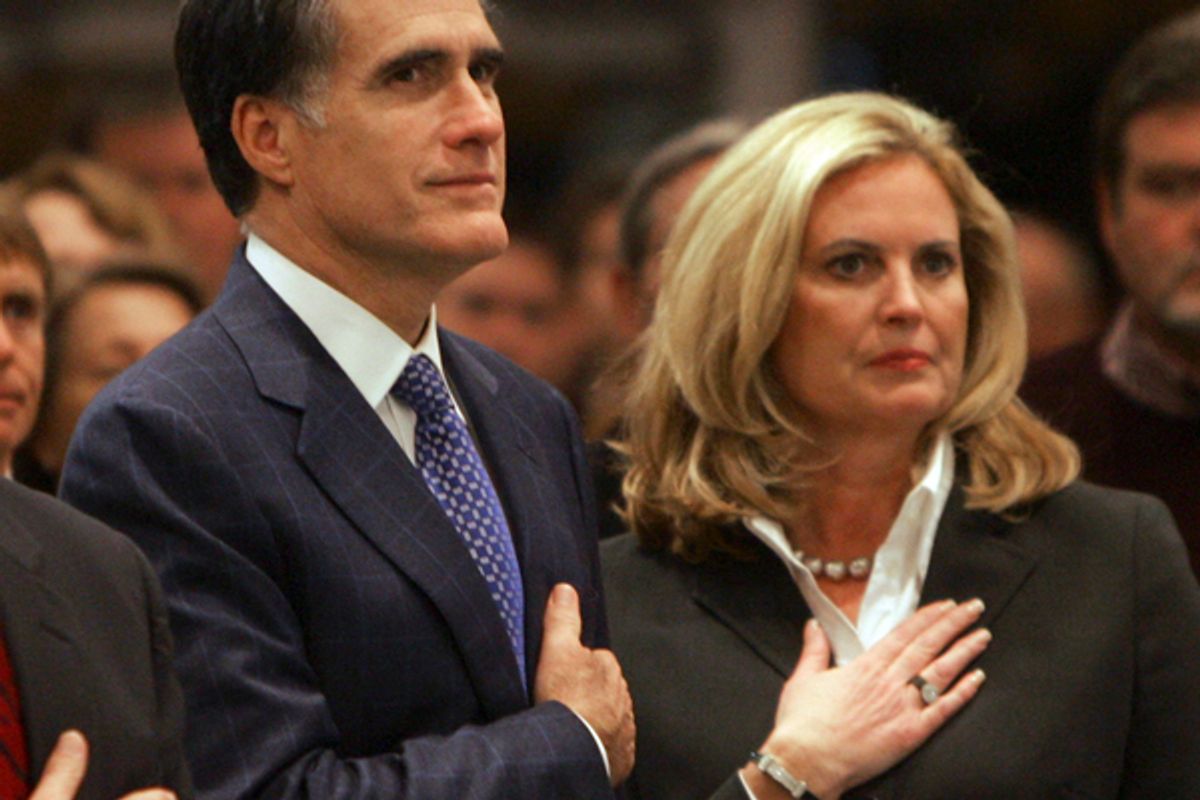 Despite what the Supreme Court and Mitt Romney say, corporations aren’t people. (I’ll believe they are when Georgia and Texas start executing them.)

The Court thinks corporations have First Amendment rights to spend as much as they want on politics, and Romney (and most of his fellow Regressives) think they need lower taxes and fewer regulations in order to be competitive.

And they’re indirectly giving non-Americans (that is, all their foreign owners, investors and executives) a say in how Americans are governed. Pardon me for being old-fashioned but I didn’t think foreign money was supposed to be funneled into American elections.

Romney’s belief big corporations need more money and lower costs in order to create jobs is equally baffling. Big corporations are now sitting on $2 trillion of cash and enjoying near-record profits. The ratio of profits to wages is higher than it’s been since before the Great Depression. And a larger and larger portion of those profits are going to top executives. (CEO pay was 40 times the typical worker in the 1980s; it’s now upwards of 300 times.)

But, hey, if the Supreme Court and regressive Republicans insist big corporations are people and want to treat them as American citizens, then why not demand big corporations take a pledge of allegiance to the United States?

And if they don’t take the pledge, we should boycott them. (Occupiers — are you listening?)

The Corporate Pledge of Allegiance to the United States

The [fill in blank] company pledges allegiance to the United States of America. To that end:

If we have to lay off American workers, we will give them severance payments equal to their weekly wage times the number of weeks they’ve work for us.

We further pledge that no more than 20 percent of our total labor costs will be outsourced abroad.

We pledge to keep a lid on executive pay so no executive is paid more than 50 times the median pay of American workers. We define “pay” to include salary, bonuses, health benefits, pension benefits, deferred salary, stock options, and every other form of compensation.

We pledge to pay at least 30 percent of money earned in the United States in taxes to the United States. We won’t shift our money to offshore tax havens and won’t use accounting gimmicks to fake how much we earn.

We pledge not to use our money to influence elections.

Companies that make the pledge are free to use it in their ads over the Christmas shopping season.