Why Oscar producer Brett Ratner had to go (updated) 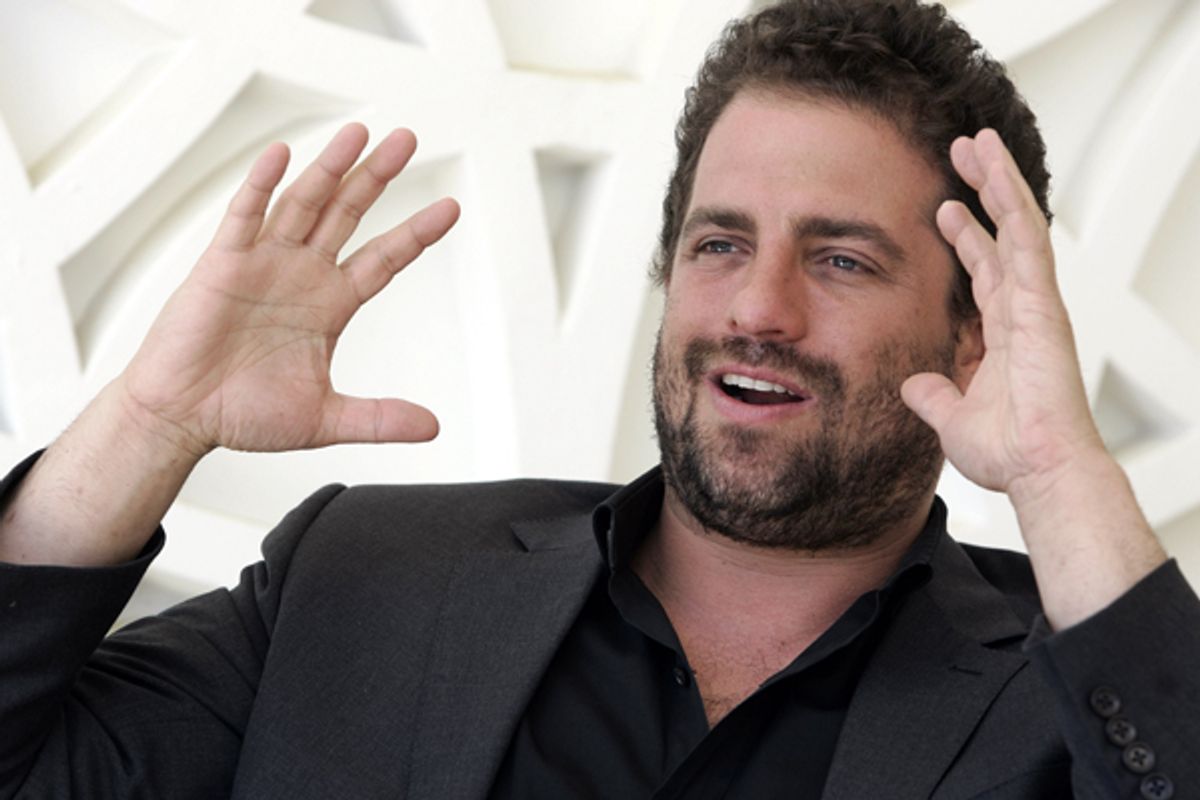 UPDATE: Just after 7 p.m. Eastern time on Tuesday, the Hollywood Reporter and other sources reported that Ratner was out as producer of the 2012 Academy Awards telecast. Shortly after that, Ratner issued a lengthy statement apologizing for "the hurtful and stupid things I said in a number of recent media appearances," and saying that he had called Academy head Tom Sherak on Tuesday to offer his resignation. "Being asked to help put on the Oscar show was the proudest moment of my career," Ratner continued. "But as painful as this may be for me, it would be worse if my association with the show were to be a distraction from the Academy and the high ideals it represents." You can read the full statement at the Hollywood Reporter link given above.

So Brett Ratner, the producer-director behind "Tower Heist" and the "Rush Hour" movies, among other classics of the American screen, believes that "rehearsal's for fags," or so he joked during an audience Q&A following a Hollywood screening of "Tower Heist" last Friday night. (You can easily find videos of this event on the Internet, but I really hope you have something better to do with your day.) The sad truth of the matter -- and we all know this -- is that's pretty much standard-issue pseudo-macho vulgarity, the kind of asinine locker-room talk you find in situations like the entertainment industry or finance, where soft little guys like Ratner make a lot of money by talking on the phone and never going outside.

Of course, it's not a crime to say or believe offensive things, and I'm happy to defend Ratner's right to be as much of a flaming douchebag as he wants to be and continue making his moronic but highly successful movies. (By his standards, "Tower Heist" is pretty much a lost masterwork of Billy Wilder -- and you'll notice it's not doing all that well.) But Ratner is also the guy the Academy of Motion Picture Arts and Sciences picked to reboot the Oscar telecast this year, after last winter's James Franco debacle. That's a prestige position, one that thrusts him into the public eye as a spokesman for the American movie industry. If Ratner was ever the right guy for that gig (which I doubt), he's now blown his chance and does not deserve another. So far the Academy seems to be standing behind him, after insisting he issue the usual wimpy non-apology. That's not enough: He should quit or be fired, and the Academy needs to hear that loud and clear from the press and the public.

This isn't the first time Ratner has revealed himself to be an arrogant and insensitive creep, and quite likely a homophobe, and no doubt it won't be the last. According to multiple eyewitness reports, he wisecracked to a class of New York University film students some years ago that they probably hadn't seen "Rush Hour 3" because they were watching "some fag shit" instead. Oh, sure, I understand that Ratner is just cultivating his idiotic bad-boy image, and may not have intended any slur against homosexuals. (Was he specifically insulting, say, Derek Jarman or Tom Kalin or "New Queer Cinema" as a whole? I doubt it; that's several levels of wit above his pay grade.) But substitute any other popular derogatory epithet in his comments -- the ones often directed at blacks or Jews or Latinos, for instance -- and we're not even having this conversation. He'd have been booted off the Oscar telecast so fast his head would be spinning, and getting back into the director's chair for his next movie would require some major Mel Gibson-style public sackcloth and ashes.

Some readers with longer attention spans may find it curious that I defended Lars von Trier, up to a point, after his misguided Nazi comments at Cannes last spring, but refuse to give Brett Ratner a pass on a fag joke. If context explains one thing, can't it also explain the other? Well, sure -- and the context for Ratner is that of a guy who consistently behaves like a pig, and has built his reputation on making crude and inappropriate remarks in public. He recently spent 45 minutes on Howard Stern's show bragging about all the hot young actresses he has banged (including Lindsay Lohan, "before she was really Lindsay Lohan," apparently) and claiming champion-level expertise at cunnilingus. Lars von Trier behaved like an ass and displayed the social graces of a painfully awkward 14-year-old death-metal fan, but there's nothing in his life or career that suggests actual sympathy for Hitler or the Nazis. (For the record, he wouldn't be an appropriate choice for the Oscar telecast either -- although I'd love to see where he'd take it!) [UPDATE: See the comments section below for a discussion of my reference to Asperger's syndrome, which has now been rephrased.]

I'm not proposing blacklisting Brett Ratner, or depriving him of his livelihood or his inalienable right to inflict stupid comedies on us every couple of years. (If rehearsals are for fags, maybe he needs more fags on the set.) It isn't censorship or prudishness to say that he no longer has the right to be a public face of the film industry, which, amid all its crass commercialism and anti-intellectualism, has long prided itself on providing a nurturing environment for gay people when the larger society was overwhelmingly hostile. It isn't complicated: There's a line there, a line consisting of common decency and ordinary courtesy, and Brett Ratner has repeatedly crossed it. Let's make clear to the Academy that he's got to go.