What would Superman wear

At a charity benefit, fashion designers dress and create their own superheroes 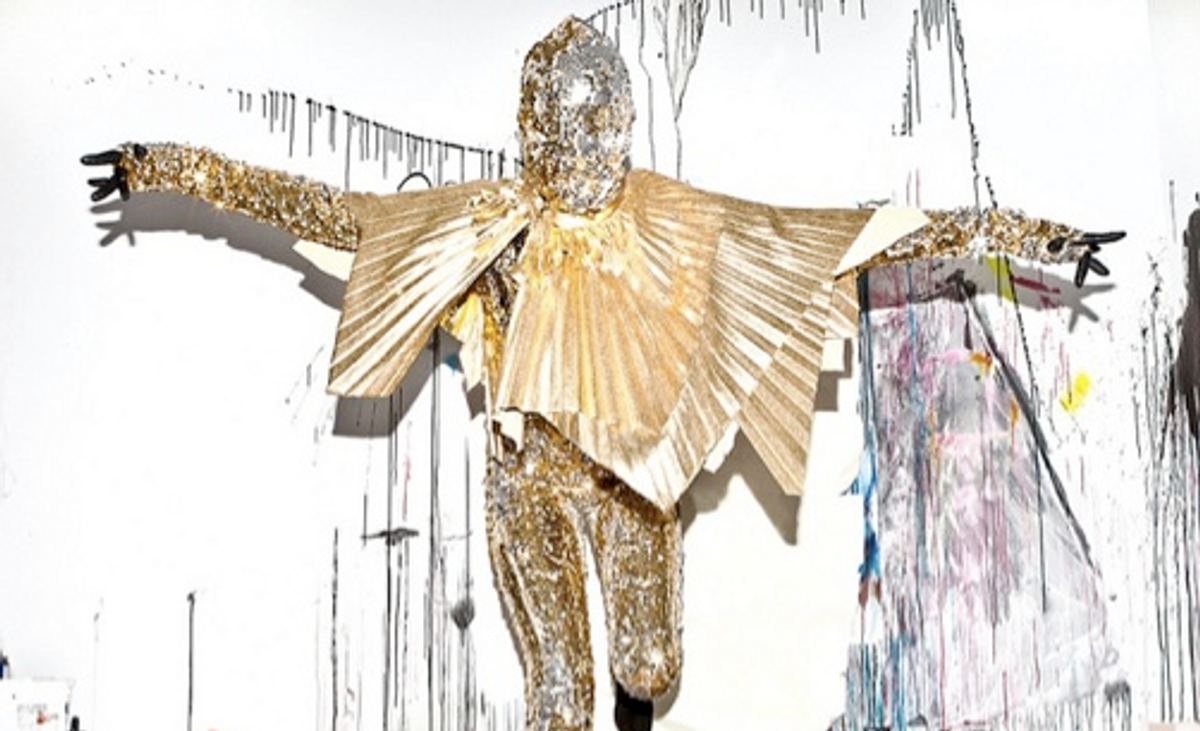 The Brooklyn Superhero Supply Co. presented its Spring 2012 Collection on Monday, Oct. 24 at the Ace Hotel.

The evening was a benefit for 826NYC and featured a collection of original and one-of-a-kind crime-fighting attire for superheroes created by various designers -- Opening Ceremony, Christian Joy, Renata Morales, Chromat Garments, Matt Singer, Complex Geometries, United Bamboo and others.

All proceeds from the evening went to benefit 826NYC, allowing them to continue to help students complete their homework, get into college, improve their writing skills, rediscover themselves as artists/authors/filmmakers/musicians, and collaborate with a community of volunteers who care about their success.

826NYC asked the designers to provide their superheroes with names and a brief description of their superpowers and abilities. 826NYC also had some of the children who frequent the writing center provide their thoughts on these new superhero creations; the descriptions were read aloud as the costumes were auctioned off.

SEMIPRECIOUS by Renata Morales
"What the cow? What the -- What's this? It looks like a ghost zombie. " (Ivan, 7 years old)

KRYPTONIAN CASUAL from Complex Geometries
"Maybe this is a superhero that would control the snow and lightning. She would wear this dress with silver gloves. She was born in the snow as a normal baby. And then she was bitten by a piranha, which gave her water powers. The thunder powers she got from getting struck by lightning when she was just a day old." (Tarryn, 8 years old)

MAGNITITA! by Christian Joy
"It's a magnet guy or girl. It looks like a girl, and she has magnet hands and a suitcase. If there's metal, she can stick it on her face with the magnet. And then she would go throw it on people. I don't know how she takes things off her face. Maybe her face is only a magnet, but her hands can be magnets and regular hands. Because if she was all magnets, she would have nothing to take it off with." (Heerang, 6 years old)

CAT SAMURAI by United Bamboo
"With a samurai, people would get stuck with the pointy end, and then they would get hurt. It should be like a knight with the horse and those sticks. They could put the shield in front of the sun, and then it would bounce off it and will go on the person, and the person would blink their eyes like crazy." (Heerang, 6 years old)

826NYC is a free writing center for students ages 6-18 in Brooklyn, N.Y., and is located behind a swinging bookshelf at the back of a superhero supply store. For more information on them visit 372 Fifth Avenue, or online at www.826nyc.org.