Even as the big union endorses the president's reelection, its leader tells Salon support for OWS will continue 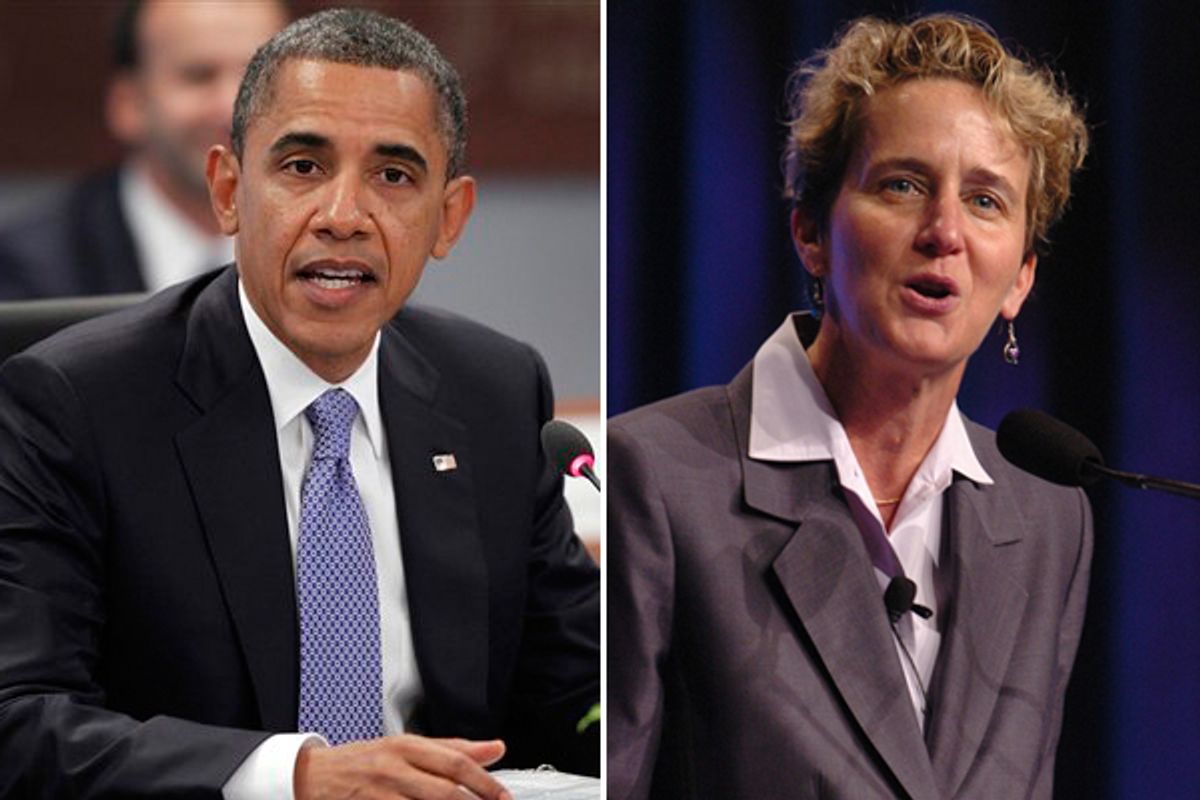 In an interview with Salon following a conference call announcing the endorsement, SEIU president Mary Kay Henry stressed the union will not try to enlist occupiers as ground troops for Obama's reelection -- but SEIU also plans to stay involved with the Occupy movement into 2012. SEIU, then under the leadership of Andy Stern, spent millions of dollars helping to elect Obama in 2008.

In the six weeks I've been covering the movement in New York, the vast majority of protesters I've encountered are fed up with two-party politics; feelings about Obama range from indifference to disappointment to deep resentment. Pro-Obama signs occasionally appear at Zuccotti Park, but they are exceedingly rare. I asked Henry if, given occupiers' views about Obama, she has trouble reconciling SEIU's support for Obama and Occupy.

"Not at all," she said. "I think what Occupy Wall Street has done for us is [to] help define the problem, shine a light on the inequality. I think our obligation as SEIU is to make the case to our members and the broader public about how that problem gets solved." One of those ways, Henry said, is getting involved in electoral politics by endorsing Obama.

Will SEIU try to pressure the Occupy protesters to get involved in Obama's reelection effort?

"If the occupiers themselves want to participate in the electoral process, we hope that they'll join us. But we don't want to persuade them," she said, adding: "I see these things" -- working to reelect Obama and supporting Occupy -- "as complementary but separate."

As I've previously reported, there are some segments of Occupy Wall Street that have begun thinking about 2012; but, as usual with this movement, there is a wide range of views about how to proceed. Factions within the movement will likely take their activism in many different directions at once next year -- if Occupy is still a force by then.

In announcing the endorsement of Obama on a conference call with reporters, Henry repeatedly invoked the "99 percent" rhetoric of Occupy Wall Street. That's the latest sign that the movement has created a powerful new slogan for progressives.

Henry also told me the union will continue to donate things like food and in-kind labor to occupiers around the country, even as it works to reelect Obama.