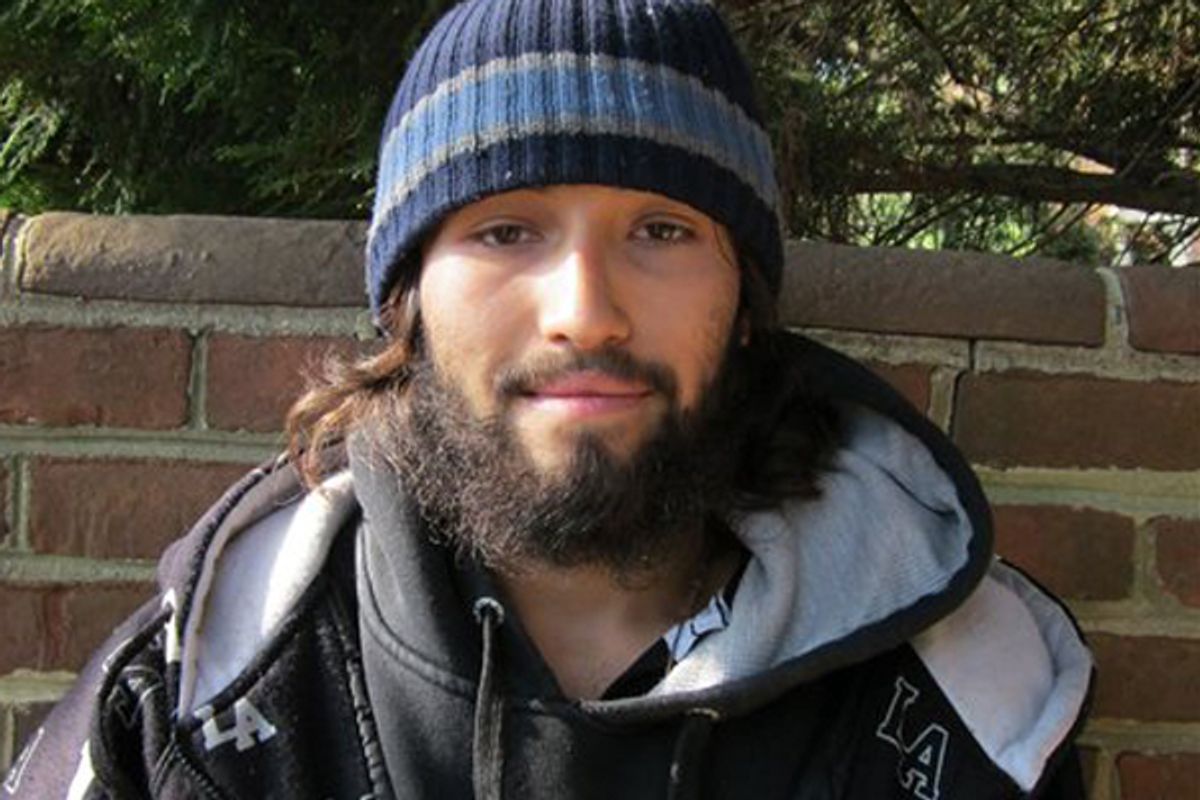 Oscar Ramiro Ortega-Hernandez tried to kill President Barack Obama, by firing a gun at the White House, and one would think that that combination of "hating Obama" and "using a gun" would make using him to smear liberals a bit of a stretch, even for Fox and the rest of the right-wing press. You'd think that they'd shy away from even mentioning the guy, as they generally do in prominent cases of decidedly right-wing politically motivated violence. You'd be wrong, though, because they've all decided that Ortega-Hernandez is the Occupy Wall Street shooter.

Ortega-Hernandez will soon be a minor historical footnote, like the guy who tried to crash a plane into Nixon's White House, Squeaky Fromme and Sara Jane Moore, the weird guy who may have been a part of a secret plot to kill or scare Jimmy Carter, John Hinkley, the guy who tried to crash an airplane into Bill Clinton's White House, the guy who fired bullets at Bill Clinton's White House and the guy who fired bullets at George W. Bush's White House. What did all of these people have in common? Their motives were ... slightly difficult for rational people to comprehend. They tended to be paranoid and disturbed and their stated reasons for wishing the president dead were usually fairly incoherent.

Ortega-Hernandez wanted to kill President Obama because Ortega-Hernandez thought himself the second coming of Jesus Christ and was convinced Barack Obama was the antichrist. It'd hard to make any sort of coherent political point out of that.

But because of a bad bit of reporting -- bad but understandable -- ABC initially said that police suspected Ortega-Hernandez had spent time at the Occupy DC encampment, before heading out to shoot the White House. Police may have suspected that, but there's been no evidence whatsoever that it's the case. (He seems to have more of a connection to Oprah than Occupy, but no one is calling him the "Oprah shooter.")

The truth has not dissuaded Fox News from repeatedly referencing Ortega-Hernandez's completely imaginary time spent at the Occupy camp. The NRA's radio show did the same.

But the fact that it is now known that there has never been any evidence linking Ortega-Hernandez to any Occupy event anywhere has not stopped conservatives from ... crying about liberal media bias against conservatives. John Nolte at Big Journalism says: "the MSM is working overtime to make sure no narrative is created from the suspected White House shooter’s connection to #OccupyDC."

Right, because ... there's no connection. Except that some guy at Occupy San Diego said something stupid and regrettable about feeling sympathy for the crazy guy who shot at the White House. Which is, as "connections" go, a stretch!

So here we have a wholly invented right-wing meme based on fantasy and one out-of-context line from a now out-of-date news story, repeated endlessly in an attempt to unfairly smear a political movement they despise, and the fact that responsible media outlets aren't repeating the smear is an example of the nefarious leftist media conspiracy. Sorry the New York Times isn't repeating this particular lie, guys!

I for one wonder why the media ins't investigating the shooter's connections to the University of Texas College Republicans.