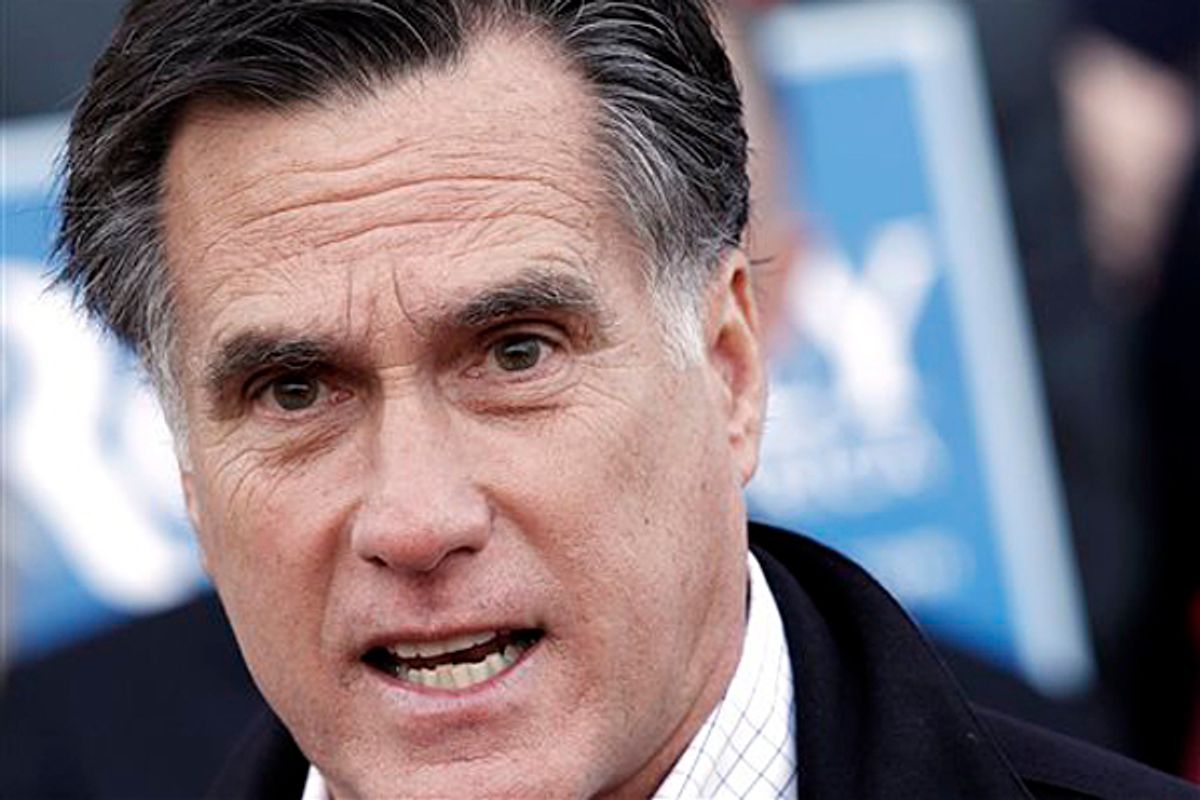 Mitt Romney released an ad that blatantly quotes Barack Obama out of context in a way that severely distorts the meaning of Obama's words. The ad is, objectively, dishonest. That's not a matter of personal opinion, it is simply a fact. Here's how CNN reported this fact: The news, apparently, is that Democrats have asserted that the ad contains a distortion. Are they correct? Who knows! The CNN story prints the quote from the ad, prints the full quote, prints statements from Democrats saying the ad is dishonest, and prints statements from Romney's campaign saying the ad is not dishonest. Then, having armed the reader with all the necessary and somewhat contradictory information, the story moves on to other issues, like how much time Romney's spent in New Hampshire.

I am sure that CNN deputy political director Paul Steinhauser is a smart man. He's obviously successful in the field of political journalism, a field mostly made up of smart people with good educations. But for some reason Steinhauser can't figure out for himself whether or not this Mitt Romney ad is a distortion. Unable to decide for himself, he notes that Democrats say it's a distortion, but on the other hand Republicans say something else. What a conundrum! Either Steinhauser is just too busy to figure out which side is right about this ad, or someone doesn't think he's smart enough to decide that for himself and tell CNN's audience the truth.

This is a pretty simple case, "objective" journalists. Because this ad is objectively dishonest. There's really no hope for any of you if you can't say that clearly without devolving into he said-she said quotes from "both sides."