Is reality TV good for girls? 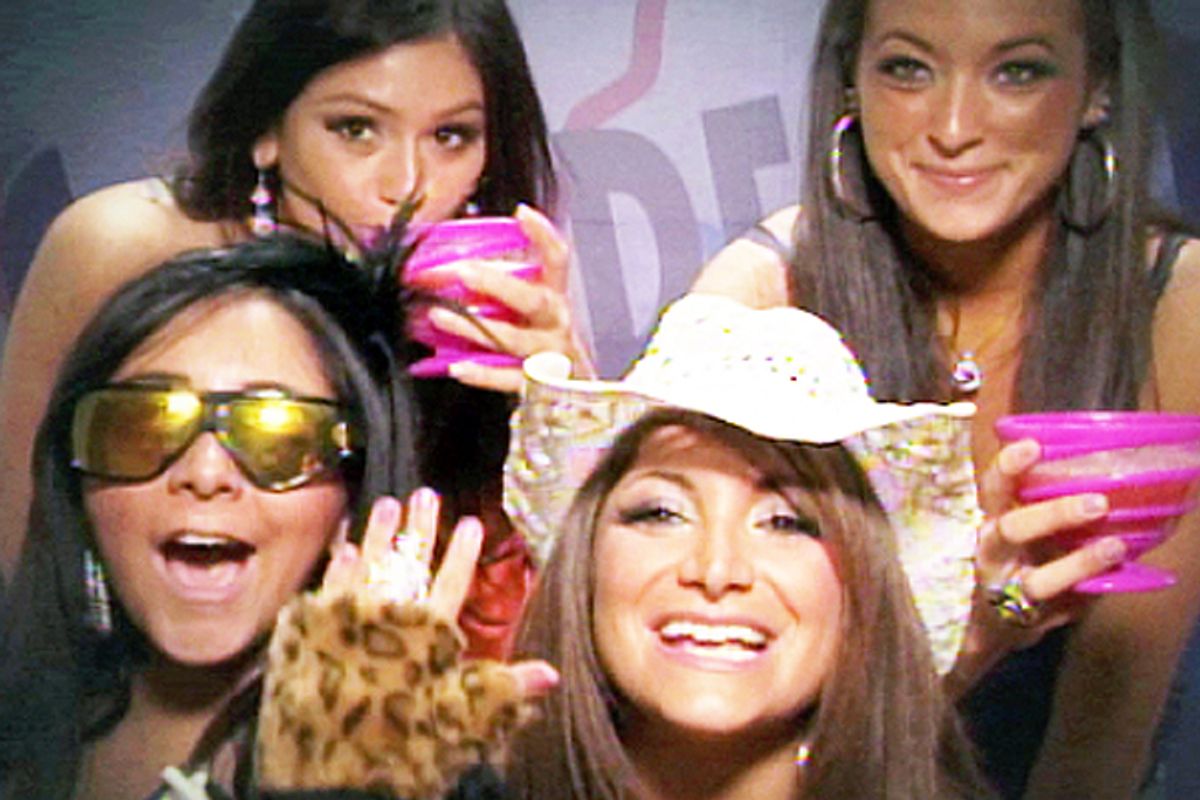 We all know how to raise girls with healthy self-esteem. Encourage them to be physically active. Set a positive example by showing them you believe in yourself. And let them watch reality TV. Wait, what?

OK, it's not quite that simple. In surprising-to-no-one news this week, a new study from as reliable source as the Girl Scout Research Institute found plenty to confirm all your worst fears about girls who define themselves as "regular" reality watchers. After surveying 1,100 girls aged between 11 and 17 nationwide, the Girl Scouts found that compared with their non-reality TV watching peers, reality fans are likelier to agree that gossiping is a normal part of girls' relationships (78 percent vs. 54 percent), that girls are naturally "catty" with each other (68 percent vs. 50 percent) and that it's "hard to trust" girls (63 percent vs. 50 percent).

Regular reality-TV viewers also report spending a significantly larger amount of time on their appearance and are far likelier to agree with statements like "Being mean earns you more respect than being nice." Apparently, reality fans don't join the Girl Scouts to make friends; they join to win.

But maybe not everything dished out on reality TV has a soul-crushing effect. It turns out, according to the poll, that reality watchers exceed their peers' confidence levels regarding "almost every personal characteristic" -- including maturity, intelligence, and humor. They're also more likely to aspire to lead and more aware of social issues. Two-thirds said that the shows have sparked important conversations with parents and friends.

Is it possible that somewhere amid all the catfights and hot-tub hookups and dates with rehab, there are valuable lessons to be had? Could Snooki teach our little girls something beyond how to rock a pouf? On that latter question, I'm going to guess probably not a whole lot. And that's where the study's methodology comes into play. The Girl Scout poll defines reality TV as pertaining to popular genres of both competition shows (like "American Idol") -- and "real-life" shows (such as "Jersey Shore"). It doesn't seem to distinguish between girls who watch "Extreme Makeover: Home Edition" with their families and those who are off devouring "Dog the Bounty Hunter" solo.

I don't know about your family, but my 7-year-old could distinguish between "The Amazing Race" and "Real Housewives," and I suspect her emotional takeaways from the two would be different. I say that because I've seen it in action. It was Mondo's admission that he was HIV-positive on "Project Runway" that turned out to be the first time either of my daughters heard the term, and it wound up sparking a family conversation about HIV and AIDS. My children have also learned, via Tim Gunn, everything they'll ever need about impeccable grooming and meeting rigorous deadlines. From "American Idol" this year they gained a deeper insight into the neighborhood  kids they know who are on the Asperger's scale. But they still don't know who Kim Kardashian or the Situation are -- and I'm keeping it that way as long as possible.

Assuming, as the Girl Scouts study seems to have done, that "reality" is broad enough to encompass both "The Girls Next Door" and "Mythbusters" isn't quite fair to either young girls or to television. But flawed as it may be, the results do suggest that certain kinds of reality shows can teach our daughters more than just how to throw drinks in each other's faces --  and that if you're paying attention, there are teachable moments to be found in the unlikeliest places.