How to talk to someone with cancer

As the holidays approach, here\'s what your friends with cancer need to hear -- and never want you to say 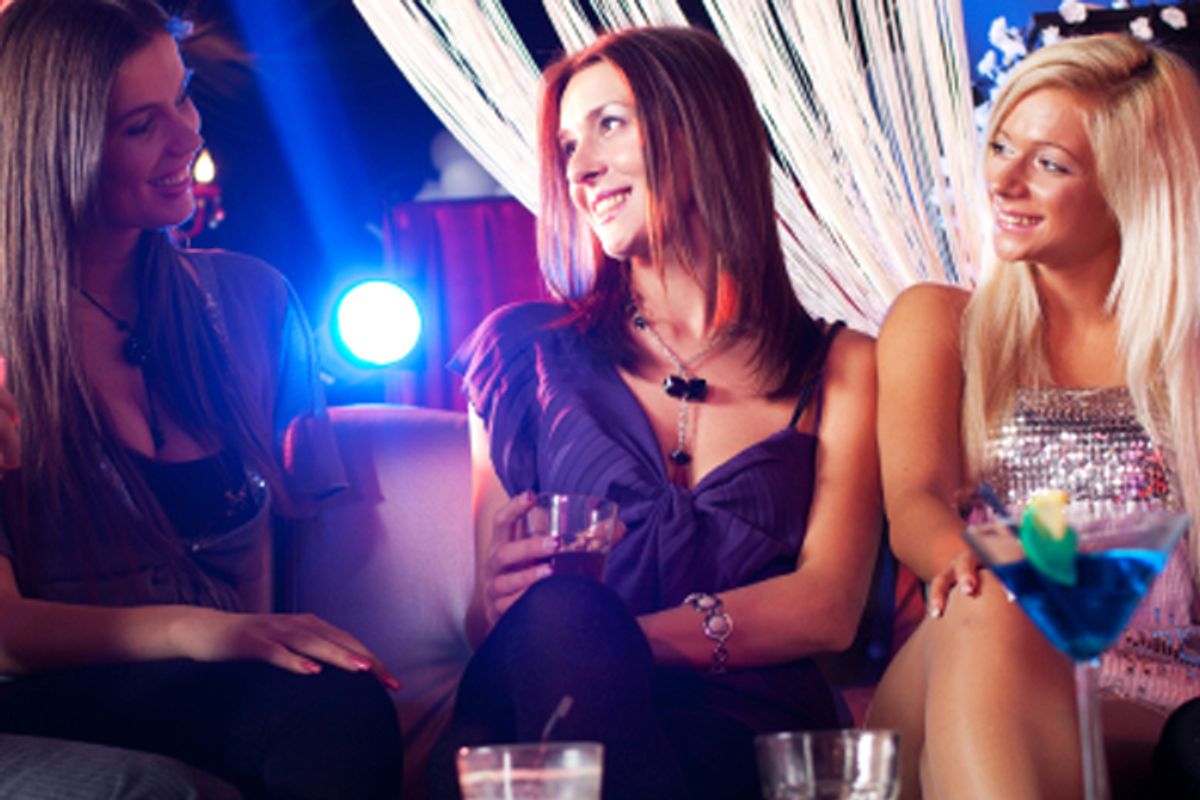 The holidays can be a social minefield under the best of circumstances. It's as if, in the last two weeks of the year, all the dramas of the past 12 months get together for one last hurrah. Now, add to all that the eminently likely scenario that someone you know has been diagnosed this year with cancer. How do you interact with that person now -- not just over the eggnog at that caroling party, but from here on in? What do you say that's genuinely helpful when the whole situation is freaking you out?

I know that it's hard for you too; I really do. In addition to dealing with my own Stage 4 melanoma, I have in the past year watched one of my best friends endure an astonishing roller coaster of ovarian cancer, and lost a family member to stomach cancer. It's no picnic loving someone whose life is on the line. But you're not helpless. And if you're wringing your hands wondering how to handle yourself, Cancer Lady is here to offer a few simple guidelines. (And lest you think that people with cancer never trip up socially, au contraire. I'll be back tomorrow with an etiquette guide just for them.) But first, let's talk about you, friends and family. I'm sorry you're going through this. It feels overwhelming and complicated. But it's not, I promise. When in doubt about how to behave, stick to the basic rule of thumb that a) It's not about you, and b) It's about them, you'll be golden. Let me expand.

Rule 1: This is a bad time to be emotionally needy.

This is going to kick up all your issues. Trust me, I have cried my eyes out during a whole lot of car rides home. So go ahead and bawl, and complain loudly to your private support network. You can  certainly be honest with the person with cancer about how ticked off you are that this happened. But remember that it's not her job to make you feel better about anything. People with cancer have got plenty of their own fears going on – they don't need yours. That's why the relative who called me after my initial diagnosis to insist, "Tell me you're going to get better. I need you to say you'll get better," is the person whose calls now go straight to voice mail.

Rule 2: It's a very bad time to disappear.

You say you're not good with hospitals, or you're sensitive because of your tragic family history, or this is really inconvenient because you're going through your own problems right now? Yeah. Suck it up. I recently had a now ex-friend say, after a year of near total silence, "I've been thinking of you so much." And if I'd been a mind reader, that might have meant something.

It doesn't take big gestures. It takes less than a minute to send an email or a text or pick up the phone or walk over to someone in the supermarket and say, "How are you?" That's all it takes to let someone know you're still on her team. And that minute can be the difference between a miserable, scary day and feeling supported and reassured.

Rule 3: Someone else's dramatic life event is not your opportunity for closure.

If you think this is a good moment to crawl out of the woodwork to say hi to your ex- with breast cancer or express a few things you wish you'd said after a long ago family falling out, it's not. And if you insist on reaching out to someone who is otherwise not in your life anymore, be holding a nice big present.

Rule 4: Remember it's a fine line between curiosity and finger-pointing.

I don't know anyone with cancer who hasn't heard a version of, "Did you smoke? Did you sunbathe? What happened?" To people with cancer, this sounds an awful lot like, "Tell me how you screwed up so I won't make the same mistake." Similarly, don't bother telling them about how Louise Hay would say this happened because they thought bad thoughts, or how they'll get better if she just has a positive attitude. Cancer happens to Marlboro-devouring rock stars and it happens to little babies. So keep anything that sounds like blame to yourself.

Rule 5: Similarly, don't tell them how to fix this.

Whether they're doing intensive chemo or copper bracelets and colonics, remember that's their choice. If you've read of a promising trial or know the best specialist in the field, you can ask if they'd like the info. But don't tell them that they have to move to the country or go macrobiotic, Helpy Helperton. Don't even, in fact, tell them lame things like, "Take it easy! Get some rest!" Because unless you're coming over to clean the house while they get in a nap, you've basically ordered them to do something else in a likely already full day.

Rule 6: Don't be hasty with the best-case scenarios.

People with cancer appreciate your positivity and encouragement. They don't need someone not standing in their shoes to make sweeping pronouncements about the future. They might not appreciate your vision that "we" will "battle" this. (Fun fact: plenty of people with cancer hate the word "battle.") And if the prognosis is bad, they don't want you to tell them that no, it's not. I hate to break this to you, but here's the thing about cancer – some of us are going to die. Not because we're quitters, but because that's how it works. If someone with cancer is telling you that, shut up and hear it.

Even if things are going well, let it go at its own pace. I can't count the number of times people have called me a "survivor" or said things like, "So, are you cured?" This happens a lot to those of us in the club. It makes us feel a little rushed here. Like you're so eager to wrap this thing up and move on already.

The era when a person might get cancer and then either promptly get the right treatment or be dead within six months is over. People go through varieties of treatments before hitting something that works. They are declared "clean" and then are rediagnosed. They live with their disease for years on end. Please, be patient with them.

You don't need to quote harrowing statistics right now. Or mention your neighbor who was in so much pain at the end. I say this because people have pulled this crap on me. If that's your idea of small talk, you really need to pick up some other conversation points. And know that being sympathetic does not mean telling people that you don't know how they're possibly coping right now (hint: they don't have a choice), or what a grueling ordeal it all must be.

Rule 8: Your Aunt Betty's cancer is not all cancer.

Cancer is a wide, wide world of diseases that behave in unique and specific ways. Nobody expects you to be an expert. Just bear in mind that your prior knowledge may have absolutely nothing to do with anybody else's situation. Not everyone with cancer gets chemo and loses hair and throws up a lot. Not everyone has surgery. Not everyone gets that miraculous drug. Go ahead and ask what the treatment is before authoritatively assuming your friend ought to be bald by now.

This does not mean calling up and saying, "I wish I could do something," or worse, promising, "I'm going to baby-sit the kids or make you dinner" and then never doing it. This is not your big chance to feel pleased with yourself and your good, empty intentions.

So use your ingenuity -- and don't wait around for a request. It's not that the person with cancer is necessarily shy; he or she may just be a little preoccupied lately without having to come up with errands for you run. Bake a potpie. Or knit a cool hat. Or ask, "Do you want to come over on Tuesday and watch a movie?" Specificity is good. The words "sometime" or "tell me what to do" are not.

Rule 10: And this is the most crucial – be guided by the person's cues.

Some people will gladly tweet updates from their chemo treatments. Some will demurely prefer not to talk about it. Respect their limits -- it's their cancer party, and they get to call the cancer shots. You don't have to cure anybody. You don't have to cheerlead. You don't have to do very much at all. Just be a friend. Just stick around. Just let them know they are not forgotten even if they're not around as much lately. They are not scary because they look different. And that if they can handle this, you love them enough to handle this too.