The president\'s political position is strong, but Democrats still have to cut a deal that won\'t be pretty 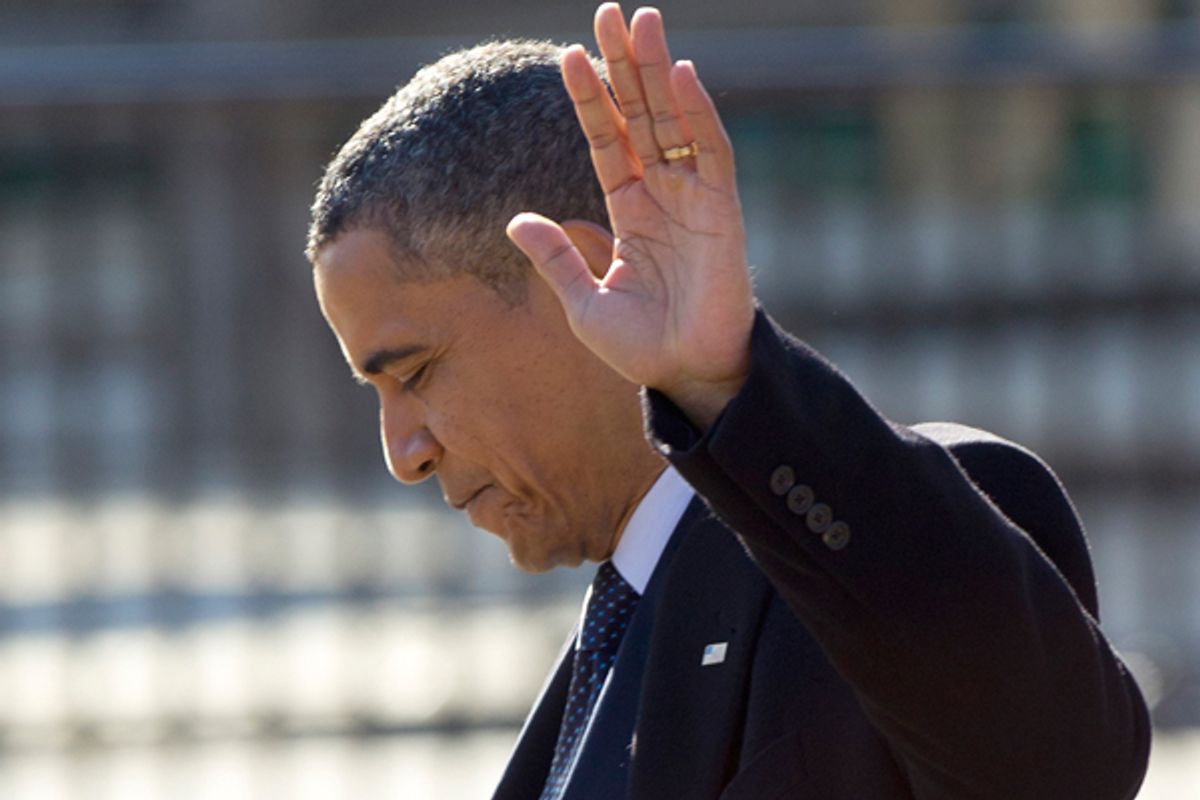 With barely more than two weeks left to go in 2012, it is only fitting that Congressional Republicans and Democrats are once again engaged in doing what they do best: playing politics with the economy. The current fight over extending a payroll tax cut and unemployment benefits is just one more installment in the nation's least favorite reality TV show: Partisan Gridlock.

Both sides more or less agree that it would be a bad idea to raise taxes and cut benefits during a weak economy -- the question is what kind of pound of flesh will be extracted in exchange for a deal. Democrats want to pay for the extensions by taxing millionaires. Republicans want to pay for the measures by scooping money out of Obama's priorities, such as health care reform, while pursuing their own agenda -- gutting EPA regulations, getting the Keystone XL pipeline built, making it harder for poor women in Washington D.C. to get an abortion.

Public polling seems to indicate that the voters generally favor taxing millionaires more than they do the Republican policy riders. That would seemingly put President Obama and Congressional Democrats in a strong position. And on the surface, so far, it would appear that Obama has been playing his hand well -- tightening his rhetoric on inequality, threatening to veto any bill that attempts to jam through the Keystone pipeline as part of a deal. But his actual position is weaker than it seems. The truth is that neither Republicans nor Democrats have the votes to pass their own dream legislation, so a compromise is inevitable. And that compromise, by definition, will include things that Democrats don't like. Republicans won't get all of their policy riders, but they'll get something.

Obama has no real choice, because standing pat is not an option. Politically, Obama might gain by making the entirely reasonable argument that dogmatic obstruction by Republicans pursuing ideological goals doesn't serve the country's pressing needs. But if the payroll tax cut expires and longterm unemployment benefits aren't extended, millions of Americans who are already struggling will take another hit. And that simply isn't acceptable.

How exactly we will get to the endgame is impossible for anyone who is not privy to the negotiations that are undoubtedly going on between Congressional leaders right now to say. But the general outline, after a year of government shutdown and debt ceiling fights, is all too familiar. Mitch McConnell, Harry Reid, and John Boehner will continue to say mean things about each other. A series of futile votes will be held, supposedly to demonstrate what each side already knows -- that neither party has the power to ram through its agenda. Tension will build -- but the postponing of a vote on the "omnibus" spending bill necessary to keep the government operating past Friday adds the necessary deadline frisson to force some kind of resolution.

There will be a deal before Christmas. But how will we decide who "wins" at the end? Easy -- just keep a close eye on how the payroll tax cut and unemployment benefit extensions are paid for. Most of the GOP policy riders will fall by the wayside; the true battle is whether the extensions get paid for at all, or whether funding comes from carve-outs out of Obama's agenda. If there's any kind of tax increase at all on the wealthy, that would be a win for Democrats, but don't hold your breath. Because even if politically, Obama has a strong hand, pragmatically he doesn't. There are more than enough Republicans willing to let the interests of working and middle class Americans take a hit if it means holding the line against higher taxes on the richest Americans. And if economic growth slows in 2012 as a result, that's a bonus for the GOP, because the incumbent party gets the ultimate responsibility for that quagmire.

The advice from here? Turn off CSPAN and go do your Christmas shopping. This reality show needs to be cancelled.