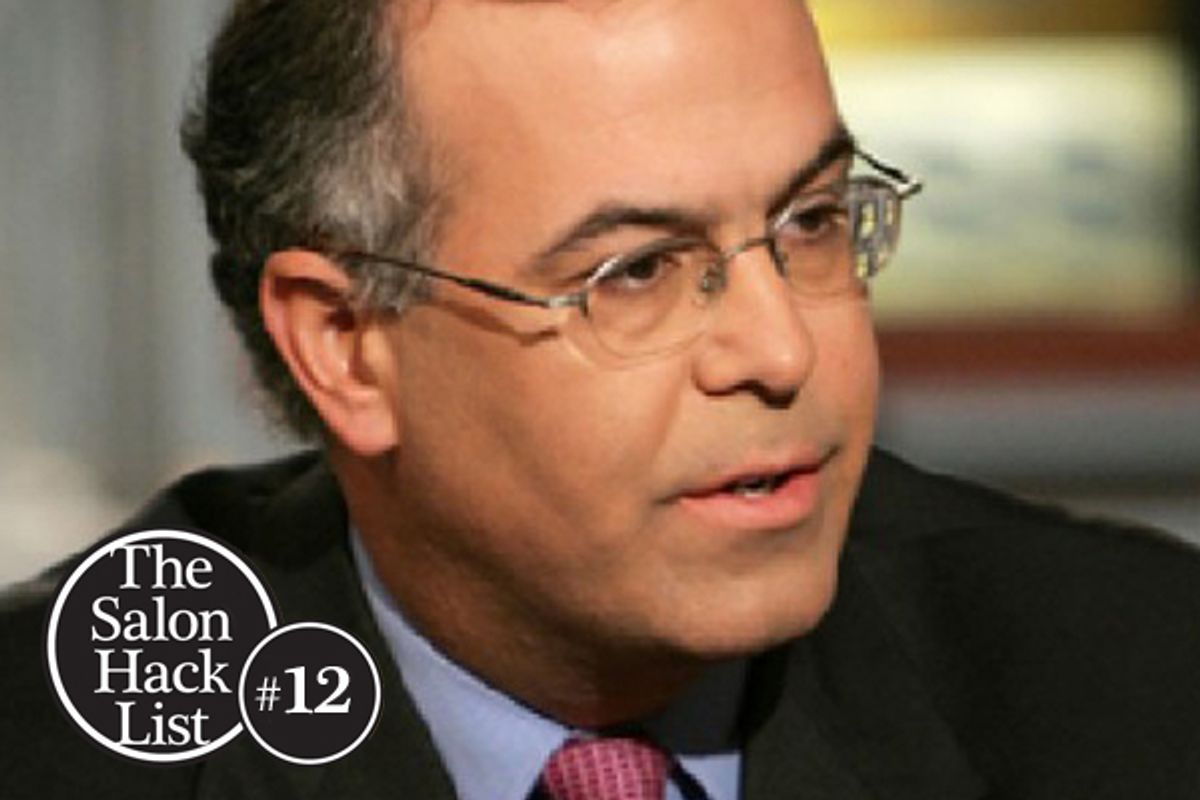 Last year, we gave New York Times columnist and liberal editors' favorite moderate conservative David Brooks grief for being milquetoast and lazy. But this year, let's hand it to the guy: When you want a truly vile opinion dressed up to sound innocuous, Brooks is your guy.

He can make a defense of racist demagoguing sound benign. He obfuscates and misleads on income inequality, while, as always, accusing those damned coastal liberal elites of disrespecting Real Americans. Accusing liberals of disrespecting Real Americans is one of Brooks' go-to lines, even though there's absolutely no evidence that he has any clue whatsoever how the middle and working classes live in America in 2011.

Everything, with Brooks, comes down to "values." Bad things happen because of a lack of the correct "values," and the correct "values" are essentially white upper-middle-class mid-20th-century bourgeois values. Poverty happens because the poor don't have those values. Earthquakes happen because of a lack of those values. The sexual abuse of children happens because -- you guessed it -- America lost those important pre-'60s values. The abuses at Penn State, in Brooks' worldview, went unreported because America has become "a society oriented around our inner wonderfulness."

HACKIEST 2011 MOMENT:
That linked column on the abuses at Penn State was the sanitized version of Brooks' comments on "Meet the Press," in which he blamed both the failure to report the sexual abuses to the police and the riots following the firing of Joe Paterno more explicitly on "30 or 40 years" of "muddying the moral waters." If it weren't for women's lib and the self-esteem movement, those kids could've been protected!