Congratulations to the world's laziest dispenser of conventional wisdom 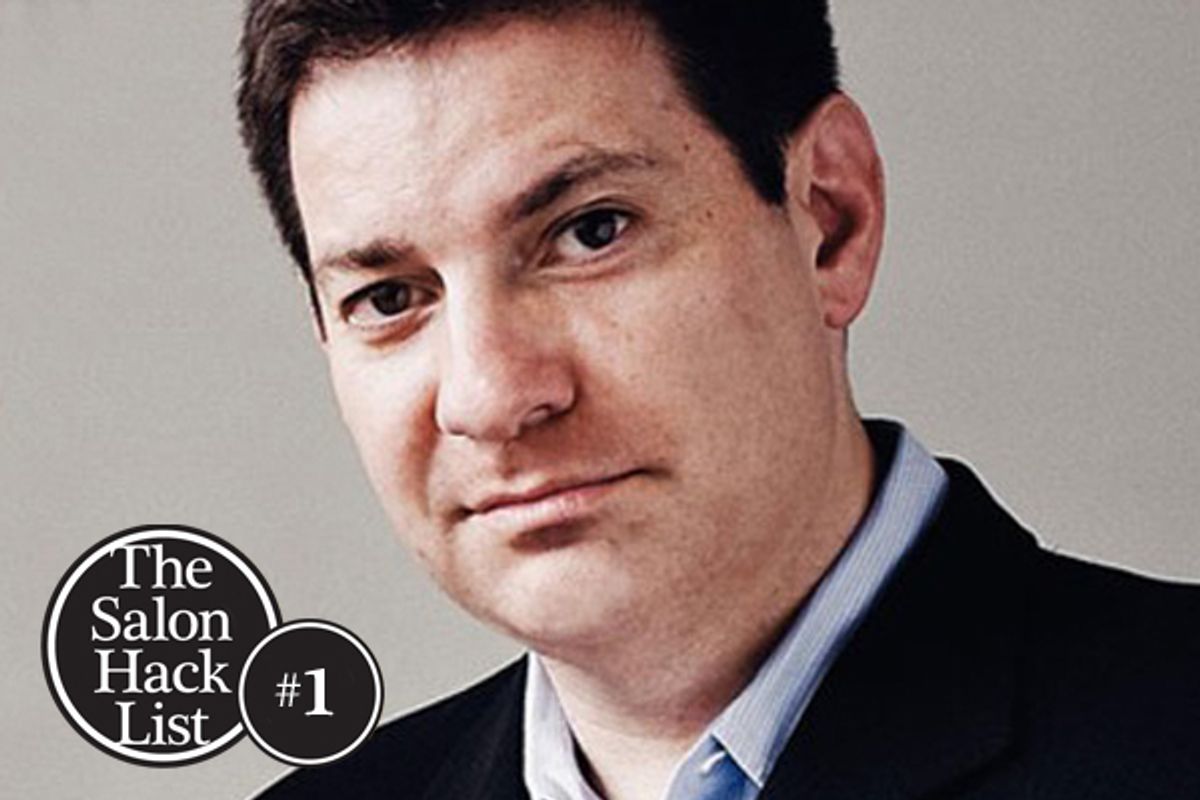 What more is there to say about Mark Halperin? He certainly hasn't gotten any better since last year, when a panel of experts (me) named him the world's second biggest hack. He's still wrong about everything. He's still shallow and predictable. He's still both fixated solely on the horse race and also uniquely bad at analyzing the horse race.

Halperin spent 2011 gearing up for the presidential elections by parroting transparently lame spin from Sarah Palin and Donald Trump, insisting that Palin was really going to run for president and taking Trump's farcical vanity "campaign" seriously as anything other than a time-wasting stunt. He still takes Mark Penn seriously as a wise campaign sage and not an amoral grifter. And he got in trouble for calling President Obama a "dick" on "Morning Joe," because the president criticized the GOP at a press conference. (This after Halperin spends years writing columns calling him a weak-willed wimp, because he is a Democrat.) The worst thing was not that he called the president a dick, it was that the president hadn't even been dickish. (Well, the worst thing was the whole "Morning Joe" team giggling like stoned teenagers that Halperin said a bad word.) Halperin is so dedicated to being wrong about everything that, upon his return to the airwaves, he actually made a point of mentioning that, had he been on TV during his suspension, he would've been wrong about something. Plus he did a "Morning Joe" appearance from an airplane bathroom which is surely illegal.

All that's left, really, is to proudly announce his ascension to the throne as worst hack in America.

HACKIEST 2011 MOMENT:
Halperin's worst low of the last year actually happened in 2010, but it occurred after the Hack 30 was finished, and is thus eligible for inclusion here. Immediately after it was announced that Elizabeth Edwards had died, MSNBC had Halperin on to eulogize her. Halperin did not mention his integral role in the national smearing of Edwards as a harridan ("an abusive, intrusive, paranoid, condescending crazy-woman," in the eyes of unnamed "insiders," according to Halperin's last book).
- - - - - - - - - -
(Read the introduction here. Read the 2010 Salon Hack 30 List here.)