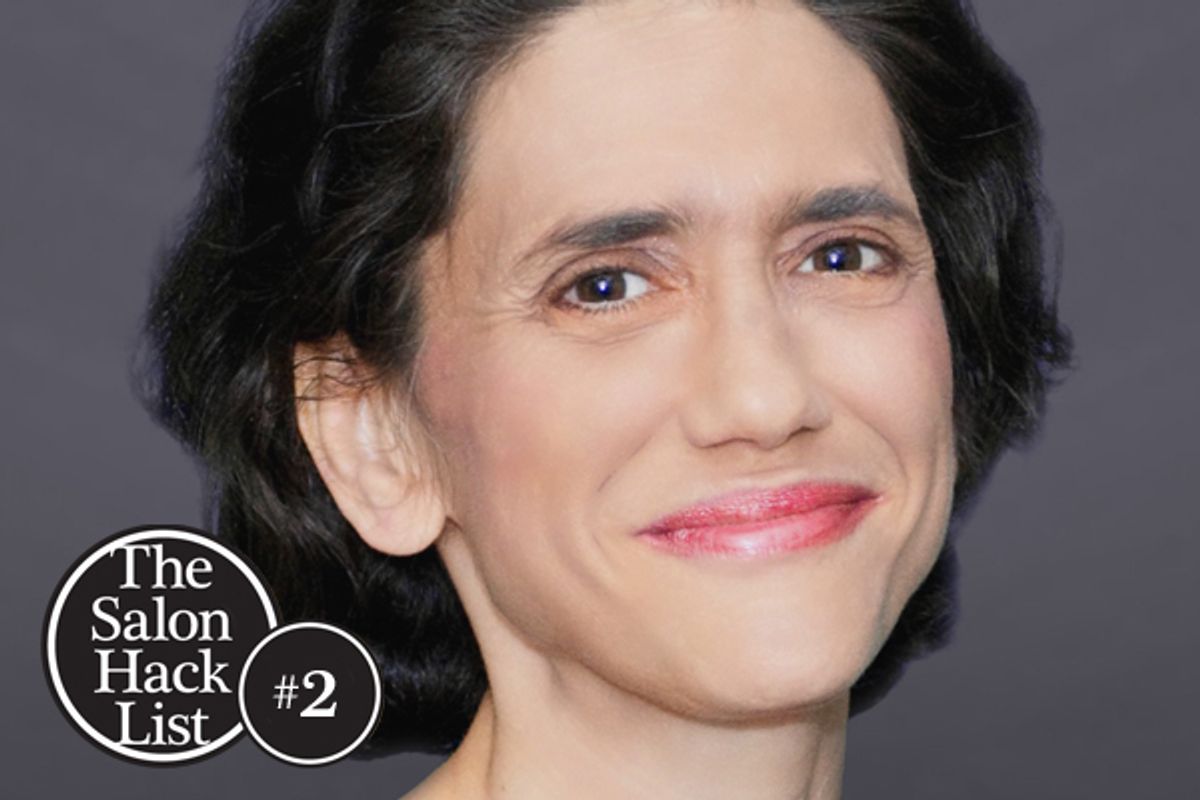 The Washington Post had a big problem. It failed, twice, at hiring a proper "Conservative blogger," a commodity every newspaper website needs. Its first hire was a plagiarist, and then it accidentally hired a reporter who wasn't conservative enough. The third time, it got someone directly from the neocon Commentary, ensuring her bona fides. The only problem with Jennifer Rubin as a "conservative blogger," though, is that while she's most definitely a Republican, she doesn't seem invested in any conservative issues, bar foreign policy. And by foreign policy, I mean a fanatical hatred of Arabs and Muslims accompanied by constant fear-mongering about the jihadist menace and regular accusations of anti-Semitism (and tacit support for terrorism) levied against anyone slightly critical of Israeli government policies or remotely sympathetic to Palestinians.

So, good work, Washington Post editors, you have finally provided some "balance" for your newspaper's many left-wing Palestinian voices, like ... Mary Worth?

Rubin’s a very good blogger, in a quantitative sense, able to produce several hundred words several times a day. And she sparks a lot of "debate," by posting incendiary and outrageous things regularly. What she isn't is a good writer, or human being. Her prose is overwrought, her tone apocalyptic, her constant bile exhausting. I'm not sure Avigdor Lieberman could read her daily without soon wishing she'd dial it back a bit.

Here's a brief list of greatest hits: Her legendarily dumb column "wondering" why American Jews were largely repulsed by Sarah Palin, which concluded that it was because, as we all know, American Jews are rootless cosmopolitan elites who spend their time sneering at real Americans like hardscrabble blue-collar working mom Sarah Palin. Repeatedly accusing President Obama -- the one with all the targeted assassinations and expanded use of secret executive surveillance and counterterrorism powers -- of being soft on terrorism because he doesn't intentionally antagonize the Arab world with inflammatory language. Endorsing the absurd New Black Panthers Party conspiracy theory. Frequently endorsing and retweeting the blatantly racist and occasionally eliminationist anti-Arab writings of her friend Rachel Abrams. Regularly getting things wrong and quoting things out of context and never apologizing. Being awful.

HACKIEST 2011 MOMENT:
“This is a sobering reminder for those who think it's too expensive to wage a war against jihadists.” That's Rubin on the July mass shooting in Oslo, which the world soon learned had been carried out by a white right-wing anti-Islam zealot. The post was not corrected for a full 24 hours (while Rubin observed the sabbath) and was never apologized for. In her follow-up post she reiterated her claim that this shooting showed the necessity of large-scale military action against ... Islamic jihadists.
- - - - - - - - - -
(Read the introduction here. Read the 2010 Salon Hack 30 List here.)