The date rape-denier discovered the Internet this year, with embarrassing results 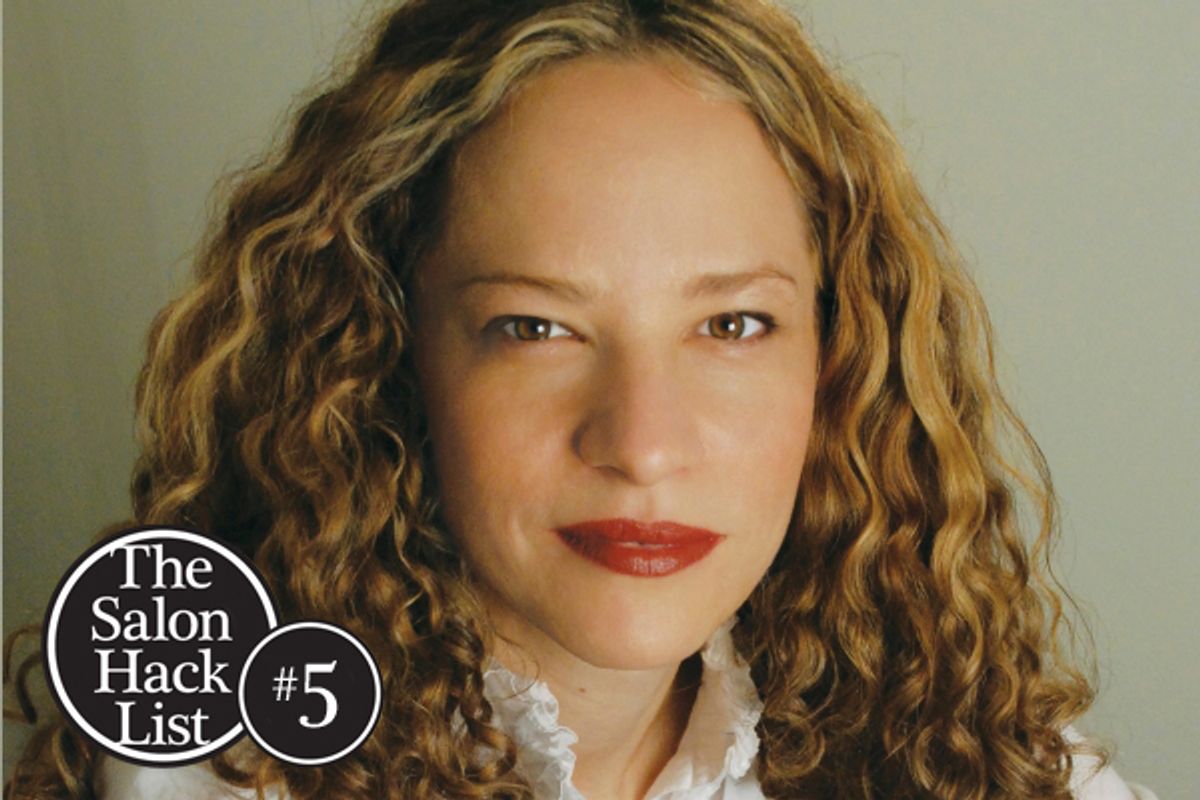 Katie Roiphe discovered long ago that the secret to perpetual employment in the world of ideas is to be a vocal dissenter from the perceived stogy liberalism of your non-white male demographic group. Thus, the success of the Black Republican Pundit and the anti-feminist woman author. No editor ever got fired for printing a "provocative" piece in which a woman -- a woman! -- trashes feminists.

Twenty years ago, Roiphe got glowing reviews for writing a "courageous" book blaming women for getting raped and attacking feminists for being too zealous in attempting to stop women from getting raped. And arguing that most rape is made up. And saying that women should just understand that men are going to have sex with them against their will if they're foolish enough to imbibe alcohol. And dismissing statistics about the extent of sexual violence with the academically rigorous method of thinking she'd surely have heard about it if a bunch of her friends had been raped. It was dumb, but it was the '90s, and that kinda shit sold. (Camille Paglia loved it!)

Some mostly harmless memoirs, one novel and one well-reviewed study of literary marriages later, Roiphe is back in the headlines, again for being a reliable source of controversial-sounding contrarian anti-feminist bullshit. (Seriously, if you're a struggling woman writer with no soul, consider rape victim-blaming! It's lucrative!)

This time, Roiphe is saying that what Herman Cain is accused of doing to multiple women is no biggie, because blah blah blah there is no such thing as sexual harassment, just men being men and feminists being too shrill and fragile to handle that.

Obviously there is a line, which if the allegations against Mr. Cain are true, he has crossed, but there are many behaviors loosely included under the creative, capacious rubric of sexual harassment that do not cross that line.

In other words, the news event that led to my writing this column pretty much directly contradicts my point about sexual harassment being the criminalization of perfectly acceptable behavior but on the other hand feminists want to make dirty jokes illegal.

Roiphe is not just a one-note anti-feminist hack, no! She also writes very badly about the Internet and people on the Internet who are mean to Katie Roiphe. At the beginning of this month, Roiphe broke the news that there are Internet commenters who are mean. They accuse Katie Roiphe of being rich, just because she went to Princeton and Harvard and wrote about her nice house in rich people magazine New York and was photographed for that article holding a very expensive-looking handbag. Roiphe basically adopts the "haters gonna hate" line beloved by people serene in their refusal to acknowledge what they've done to inspire the hatred. This is a line most utilized by teenagers, because it requires a slightly sociopathic narcissism to imagine that literally everyone who criticizes you is jealous of your wonderfulness.

When people who troll for a living act surprised to discover that their intentionally obnoxious work had the desired effect of annoying a great deal of people, you can generally write that off as more trolling.

Continuing her tour through the most popular hacky Internet trend essay tropes of 2007, Roiphe wrote a piece on how Gawker is stupid, because Gawker made fun of her. The Gawker post that inspired her piece was three years old. Seriously. It was a three-year-old post with three paragraphs and a block quote. Because poor Emily Gould asked Roiphe for a book blurb Roiphe wrote, in October of 2011, a lengthy Slate column in response to three paragraphs Gould wrote making fun of her in May of 2007. "I did not find the piece very wounding," Roiphe writes, in case you're worried that she is letting the haters get to her. She totally isn't! She just devoted a column to how much she didn't care about the mean thing someone said about her, three years ago, to show how much she is over it.

Though I imagine that with the sheer volume of critical things people have written about Roiphe, because she's awful, it might simply have taken her three years to work through the backlog. I imagine she'll respond to this ("Isn't it interesting that Salon hates me so much, not that I care" by Katie Roiphe) in 2014.

HACKIEST 2011 MOMENT:
A truly wretched and self-parodic Slate column about how the popularity of the book "Go the Fuck to Sleep" -- the joke is that it's like "Goodnight, Moon" with swear words, and that is the full extent of the joke -- "means" that dumb yuppie liberal parents are full of bleak existential rage because they aren't as good at sex-having as Katie Roiphe, because feminist yuppie women have castrated their good yuppie liberal husbands, and Katie Roiphe is operating on a plane you yuppie liberal sex-hating feminists can't even understand, maaaannn.
- - - - - - - - - -
(Read the introduction here. Read the 2010 Salon Hack 30 List here.)