Should "Homeland" have quit while it was ahead?

It\'s hard to imagine the Showtime series topping its debut season -- but a second is in the works anyway. 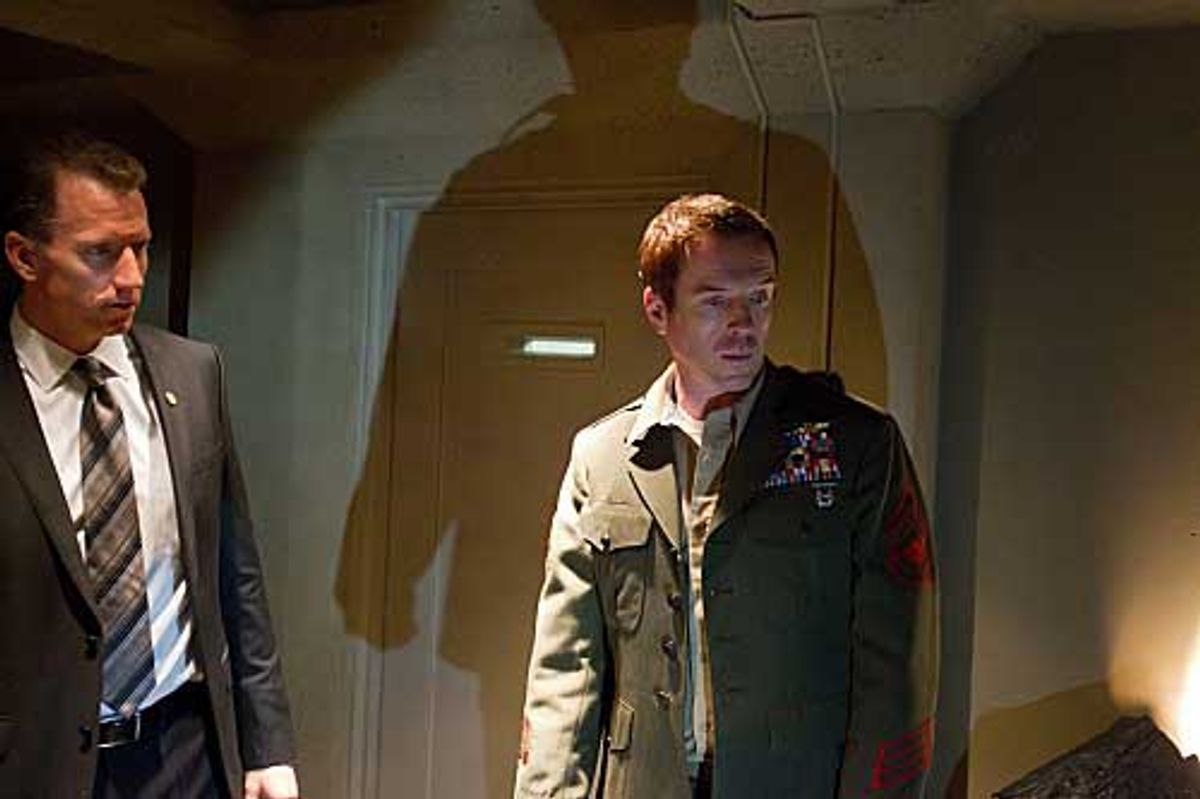 The following article contains spoilers for the season finale of "Homeland," season one. Read at your own risk.

Bugs Bunny and Daffy Duck might not seem to belong in a review of a searing cable drama about terrorism, but bear with me, OK? In the climax of "Show Biz Bugs" (1957), in which Bugs and Daffy compete for the right to claim top billing in a show, Daffy decides he's had enough of being bested by the rabbit and hauls out his trump card, self-immolation. "I must warn those with weak constitutions to leave the theater for this performance," the duck says, then swallows gasoline, nitroglycerine, gunpowder, uranium and a lit match, and explodes. "That's terrific, Daffy!" Bugs exclaims from the wings, over thunderous applause. "They loved it! They want more!" "I know, I know," says Daffy's ghost, floating toward the rafters. "But I can only do it once!"

Season one of "Homeland" was great, but are executive producers Howard Gordon and Alex Gansa about to try to do it twice -- even though it's a trick that can only be done once? I worry that the only major tactical error that "Homeland" made in its 90-minute season-ender was letting Marine Sgt. Nick Brody come out of his weird odyssey free and unharmed. If the producers had let Brody swallow the match, so to speak -- and complete his suicidal terrorist attack, or get shot or otherwise neutralized in the State Department bunker, or be talked down by Carrie or his teenage daughter, Dana, or his wife, Jessica, and then sent to prison -- the series would have still dazzled as a stand-alone while leaving us lots of questions to chew over. Brody's statement on the phone to Abu Nazir -- about how it might be more advantageous to have a fifth column influencing U.S. foreign policy rather than a sleeper agent plotting a bloodbath -- makes dramatic sense, and it works as a setup for a second season, one set in the heart of executive-branch power rather than on the military-intelligence fringes. But it's damned hard to imagine how a scenario like the one that Brody laid out to Nazir could produce TV more exciting than the season that we just finished watching.

I could be wrong, of course -- and I hope I am wrong, because this was a mostly terrific debut season, maybe the most unpredictable single year of a drama that I've seen since the first season of "Breaking Bad." And there were enough plot threads left dangling to give "Homeland" somewhere to go next year: not just major developments such as Brody's intimate access to power and the effect of electroshock treatment on Carrie's sleuthing abilities, but questions such as, "Who took the chip containing Brody's suicide statement?" and "Who is the mole in Saul and Carrie's department?" I feel pretty sure that the answer to that second question isn't "Saul" -- but if it's not Saul, then who could it be? Not David Estes, surely -- that would just be dumb, in a "24" way. Maybe they'll add more characters next year to widen the list of suspects.

The stories of Carrie and Brody complemented each other in ways that only become clear in retrospect. Because Carrie has been "home" much longer than Brody, it's easy to think of her as somehow being better adapted, more settled, than the suspect she's been pursuing, but she really isn't, or wasn't. Her mental illness and Brody's wartime trauma and brainwashing aren't exactly alike, but for dramatic purposes they line up nicely. Both characters are loners who have seen and done and survived things that most of us can barely imagine, and both wrestled with alienation and fears of fraudulence and worthlessness, impotence and maladjustment. They are both passing for normal and living in fear of being found out. It was only a matter of time before they found each other.

One of the many compelling aspects of their relationship, such as it was, is the question of how intentional Brody's actions were with regard to Carrie and her feelings. I'm pretty sure that Carrie was a wild card in Abu Nazir's diabolically clever Marine One/Marine Two terrorist attack plan, and Brody dealt with her very effectively, both in the moment (following her out into the parking lot when she showed up at that group meeting, for example) and long-term (at the end of last week's episode, I was shocked that he ratted her out rather than coming over as he told her he would, even though I should have seen the twist coming). Ultimately I think it's right to say that the core of their relationship was authentic, even though both of them were ultimately using the other.

Also: I hereby belatedly and officially retract my worrying that by having Brody turn out to be a big faker who really was in with the terrorists, "Homeland" was going to turn into a higher-toned cousin of "The Killing." Everything that happened after that big twist was justified -- although of course that's not the same thing as calling it plausible. But these terms are relative anyway. I find the details of the terrorist attack quite plausible -- including the way Tom Walker carjacked a woman who lived a couple of blocks away from the attack site, in a sniper-friendly high-rise apartment, and who just happened to have bingo that night -- but I still have trouble buying that a man as emotionally fragile as Brody could have sustained so great a deception and made so many spontaneous, just-right choices that helped preserve it. (Dana's list of her dad's outrages -- shooting a deer, "stepping out on mom," beating up his best friend -- was hilarious, practically an auto-critique of the show you were watching.) And I don't think the vice president's cozying up to Brody quite passes the narrative smell test. The master plan doesn't work unless Brody can get right inside the veep's inner circle, close enough that Marine Two can drive his entourage inside a bunker where Marine One (Brody) can blow him up. But first, the veep has to instantly love Brody.

But no matter: from start to finish, the cast of "Homeland" made me believe what I was inclined to doubt, which is ultimately the highest complement that one can pay to actors. Damian Lewis, Claire Danes, Mandy Patinkin, Monica Baccarin, and stealth-best-in-show candidate Morgan Saylor deserve the armloads of awards they're sure to get for their performances. And whether the series tops itself, becomes an embarrassment, or just sort of runs in place until everyone forgets it's on, we'll always have this magnificent first year to marvel over and revisit.