The CNN host and former tabloid editor still doesn't admit to phone-hacking, though there's a lot he doesn't recall 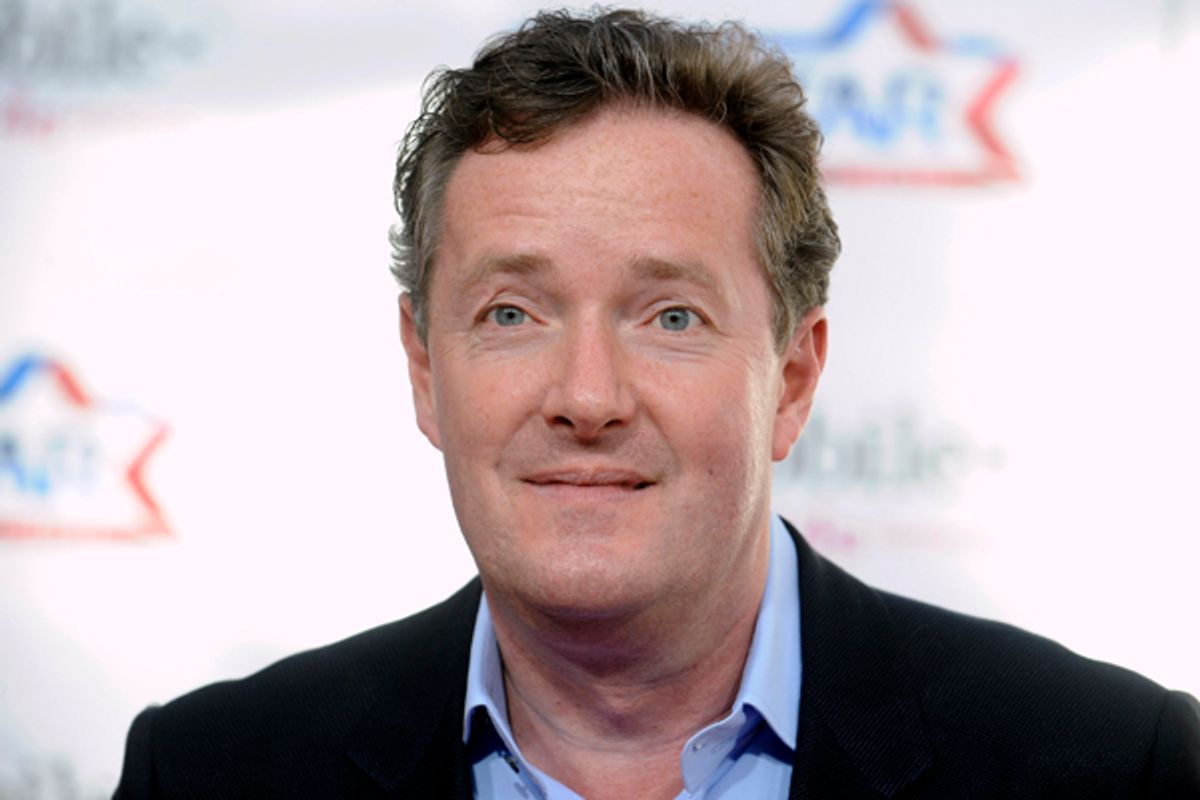 Minor British media personality host Piers Morgan was called to give evidence to the Leveson Inquiry, the British government's ongoing inquiry into the occasionally criminal newsgathering practices of the British tabloid press. Morgan appeared via satellite from the United States, where he is inexplicably employed as a talk show host by CNN.

Morgan edited the Daily Mirror, a competitor to Rupert Murdoch's News of the World and the Sun, from 1995-2004, when he was sacked for printing fake photographs and a hoax story on the front page of the paper. No one alleges that phone-hacking was as widespread at Morgan's Mirror as it was at the News Corp. papers, but Morgan has written of listening to a voice-mail message left by Paul McCartney on his ex-wife Heather Mills' phone, and said, in past statements, that basically "everyone" in the British press listened to celebrity voice mails.

I don't know. Because I was never directly involved, this was dealt with through the news desk or features desk ... Certainly all journalists knew they had to act within the confines of the law.

Questioned about the legality of using "rubbish" thrown out by private citizens as material for stories, Morgan said he thought it legal but "on the cusp of the unethical."

Asked about a diary entry in which he explained how "phone-hacking" works, Morgan again played dumb, claiming not to remember who explained it to him. Morgan was questioned about a man "who went to the Daily Mirror more than 10 years ago with a story about mobile phone voicemail security being compromised." Morgan said he doesn't remember ever hearing about the man, and said the story would've been too boring to print, but the man was paid 100 pounds for the tip.

From the Guardian liveblog:

Morgan says he has "studied this man's testimony". "He seems to me one sandwich short of a picnic," he adds.

He continues: "This was a complete non-event, it never got supressed for the reason he's trying to …"

Sherborne asks why Nott was paid £100 for the story.

Morgan says "loads" of people get paid £100 for stories that are not used.

And that was about it. The inquiry was never going to "nail" Morgan on anything other than generally being simultaneously amoral and sanctimonious. While he engaged in loads of completely unethical behavior, and almost certainly skirted the law, it's clear that the Mirror wasn't acting in blatant violation of the law as often or as brazenly as the Sun and News of the World.

Morgan finished off with a defensive and petulant closing statement, complaining that the inquiry lawyers only asked him about the bad stuff he did in his years in British tabloids. "It's like a rock star having an album coming out with all his worst-ever hits," Morgan said.