"Tot Mom" resurfaces in a new video, and the cable-news universe remains as gleefully obsessed as ever 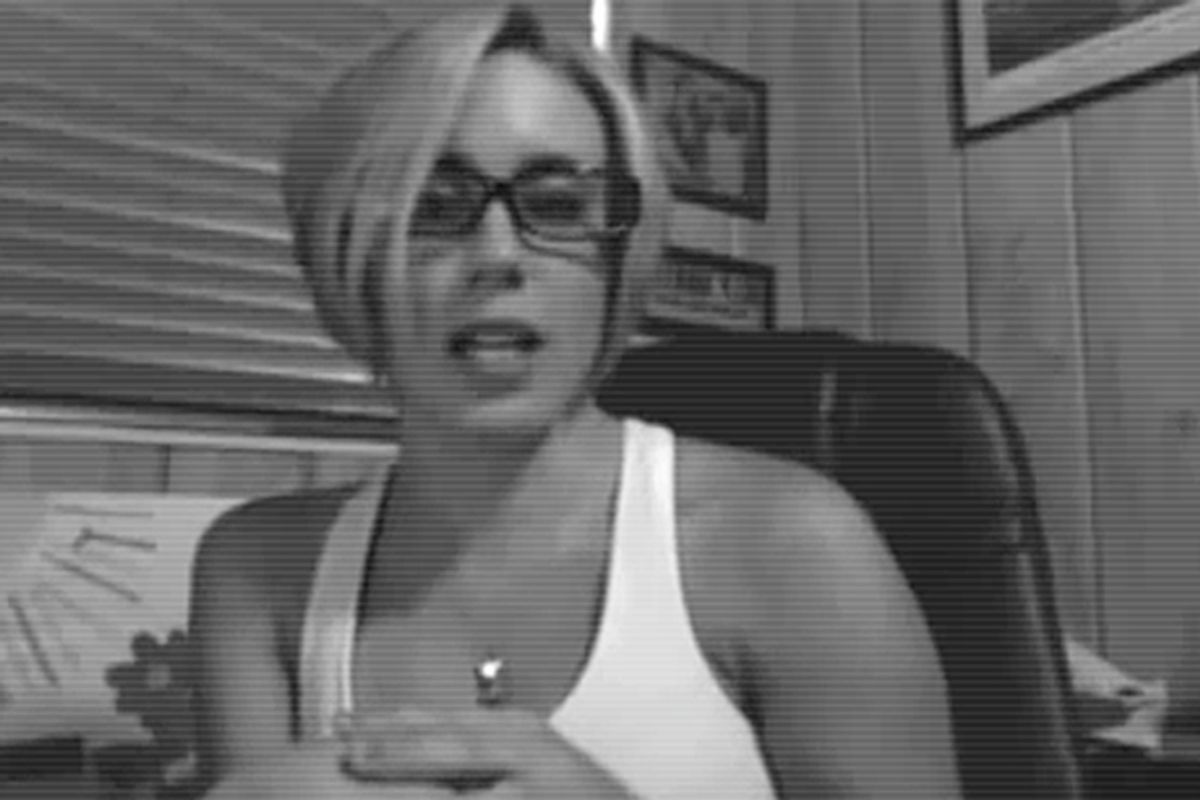 It's been six months since a Florida jury found Casey Anthony not guilty in the 2008 death of her 2-year-old daughter, Caylee. Since then, the woman who spent three years awaiting trial behind bars -- and in the glare of the news spotlight – has kept a low profile. Considering the lingering questions about her innocence, the intense public resentment over the verdict, and a steady stream of death threats, her hibernation is hardly a surprise. But perhaps some part of Casey Anthony has missed the attention.

In a new video -- ostensibly recorded in October but which did not emerge until Thursday -- a now blond, bobbed and bespectacled Anthony narrates a four-minute "diary" entry about her new life. She says she's "extremely excited" about her future and new computer – being able to Skype, take pictures, and "finally have something that I can finally call mine." What she doesn't mention? The child she used to call her own.

Though Anthony, still on probation in Florida, makes no mention of her exact location, her parents said Thursday they were "concerned" the video might endanger her. It has definitely stirred up the usual outrage from the most predictable mouthpieces. In other words, CNN is stoked. For Nancy Grace, the video has been like a late Christmas present, an opportunity to froth like she hasn't frothed about "two-year old Caylee's decomposing body" since last summer. Trotting out her favorite nickname for Anthony, Grace opined that "I think this is very simply Tot Mom Casey Anthony and her lawyers, possibly, injecting themselves back in the national media because nobody's touching her offer for a paid-for interview with a 10-foot pole." She added that: "It's all about Tot Mom… generating interest in herself." Dr. Drew Pinsky, meanwhile, eagerly pointed out her "narcissism and … issues of judgment."

Out in the wider world, meanwhile, the public reaction has been mostly an excuse for another outpouring of revulsion against the lady one MSNBC commenter called "the most hated person in the U.S.A." Also unsurprising -- and straight-up gross -- is that Anthony has her fair share of rabid admirers. On the shudderingly self-proclaimed "#1 Casey Anthony Fan site," reaction toward the "smokin' hottie" and her video has been considerably warmer. Or, as one commenter put it, "I would love to rock your world sometime."

But why did the video emerge now, and who is Anthony really communicating with? Is this a public statement or truly a private "diary"? Anthony's lawyers told a Florida Fox affiliate that "Casey has maintained some notes on her thoughts for personal use, especially for counseling. She did not release this video to YouTube and does not know how they got it. It could not have been legally obtained and was not authorized." And John Riley, the man who runs a "Boycott Casey Anthony" Facebook group and first posted the clip, told Nancy Grace Thursday that he found the clip on a few pay-per-view sites and "kept looking and looking and looking" until he found it for free. He says he posted it "so there would be no money made off it." Try to get your head around the idea of someone clawing doggedly around the Internet for four minutes of what Anthony  promises "will be as tedious as my audio recordings have been" and you begin to appreciate the apparently endless fascination this woman still holds.

Anthony's "tedious" four minutes don't reveal much about the inner workings of someone found not guilty of killing her daughter. They do seem in line with thoughts of someone recently released from jail – the simple relief of having one's own possessions, the pleasure of having a dog. And she might well be circumspect about talking about her child and her trial, even on a supposedly private "video log," if her lawyers have coached her to be. So is her video a case study in narcissism, a private moment from a "smokin' hottie," or just personal thoughts before a counseling session? The answer is simple. It's whatever you already thought. Though Casey Anthony says, "Things can only get better," minds aren't changed as easily as hair color. "It's surreal how things have changed since July," she declares at one point in the clip. Then she adds, as if speaking for both herself and everyone watching, "and how many things haven't."