"Miss Bala": Ballad of the beauty queen and the drug lord 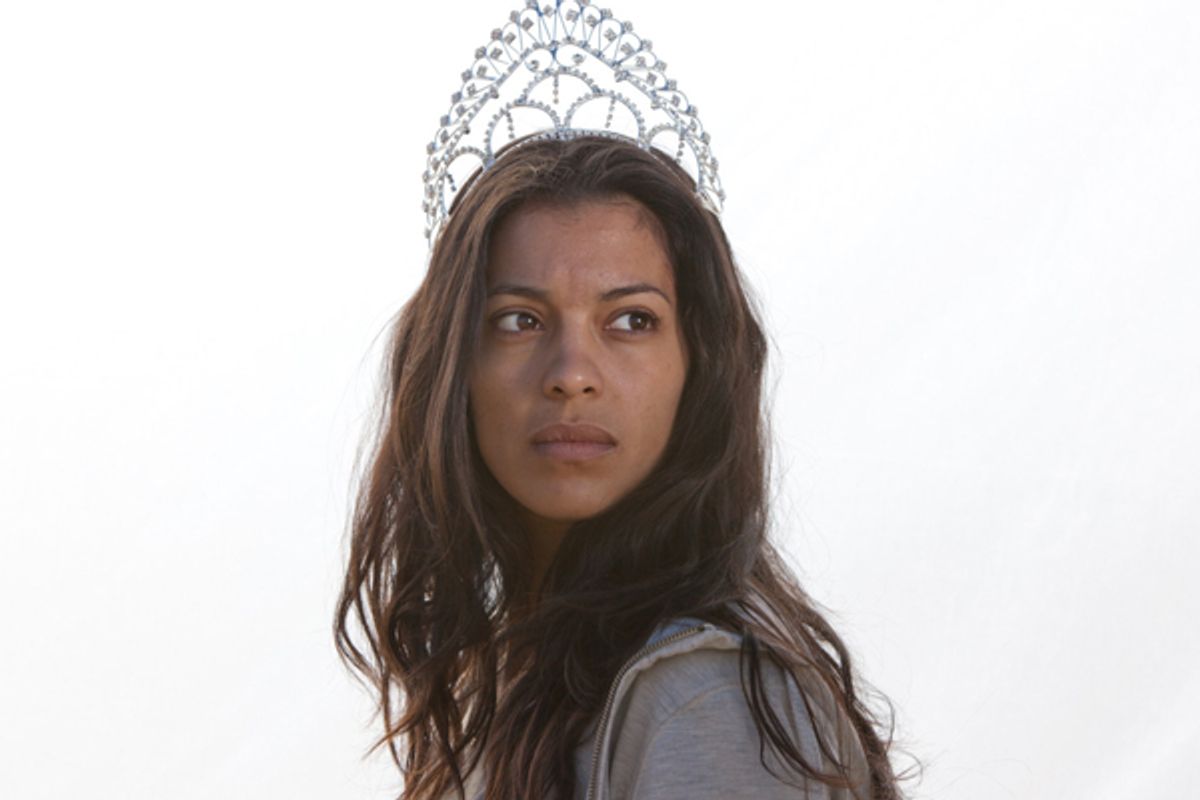 Much of the celebrated Mexican cinema of recent years has defied conventional norteamericano expectations about what life is like in our oft-misunderstood southern neighbor. Gerardo Naranjo's action-packed "Miss Bala," on the other hand, seizes all the stereotypes and runs with them. In the vision of this ruthless and abundantly talented young director, life in Tijuana isn't merely as bad as you think. It's worse.

I heard one prominent critic complaining after the Cannes premiere of "Miss Bala" that some of Naranjo’s plot twists were implausible, to which I say: Give me a break. First of all, while “Miss Bala” strives for a naturalistic feeling and pulls facts from some recent headlines on some recent criminal history, it’s a bullet-riddled downhill thrill ride about a would-be beauty queen and a drug lord, not “The Bicycle Thief.” Second of all, Naranjo’s point is that almost nothing is implausible in the upside-down borderlands of Tijuana, where Mexican sovereignty is almost meaningless and it’s impossible to identify a clear line between cops and criminals.

A canny and stylish director who was trained in the United States and has worked on both sides of the border, Naranjo has already made a couple of film-festival favorites (“DramaMex” and “I’m Gonna Explode”) and is likely to reach international fame with “Miss Bala.” (Hardcore indie-film aficionados may also know him as the depressed, Chaplin-esque costar of Azazel Jacobs' "The GoodTimesKid.") This is the odyssey of leggy, likable Laura Guerrero (Stephanie Sigman), a naive 23-year-old with dreams of stardom who leaves her home on the outskirts of Tijuana one day in hopes of auditioning for the Miss Baja pageant. (The film’s title is a play on words; “bala” is Spanish for bullet.) By the end of the film she actually makes it to the pageant stage, in a heartbreaking, tour-de-force scene that sums up all the points Naranjo is trying to make about the tragic dysfunction of Mexican society and is technically brilliant to boot.

"Miss Bala" belongs to that subset of film noir where a normal person takes one step off the straight and narrow path and winds up on the highway to hell. Simply by walking into the wrong nightclub, Laura comes face to face with a notorious narcotraficante named Lino (Noe Hernández) in a situation where he's already killed a crapload of other people and could easily decide to kill her. He doesn’t, maybe because she’s cute and maybe because she could be useful, but mostly for the hell of it, and then we’re off to the races. If Sigman's Laura remains an overly innocent cipher throughout, purely focused on survival, Lino is deftly handled; Hernández plays him as a working-class guy made good, with a sentimental streak and a sense of humor, whose business success involves lots and lots of murders.

Over the next few days Laura witnesses numerous bloody shootouts between Lino’s gang and various Mexican and American law enforcement agencies, smuggles guns and weapons across the border, seduces a police commander and tries on several expensive dresses. She tries to get away from Lino periodically, but maybe not as hard as she might — her father and little brother are in danger, and after all there’s a beauty pageant to compete in. Terrifically choreographed, violent and amoral, but never wantonly cruel, “Miss Bala” is a knockout. While Naranjo invites Mexicans to take a long, hard look in the mirror when it comes to assigning blame for their screwed-up society, he also makes clear that without the Yankee appetite for cheap drugs and cheap labor, none of this would be happening.

"Miss Bala" opens this week in New York and Los Angeles, and opens Jan. 27 in Boston, Houston, Philadelphia and San Francisco, with more cities to follow.