A teen "Sex and the City" prequel is headed to TV. Are women doomed to be compared to this character forever? 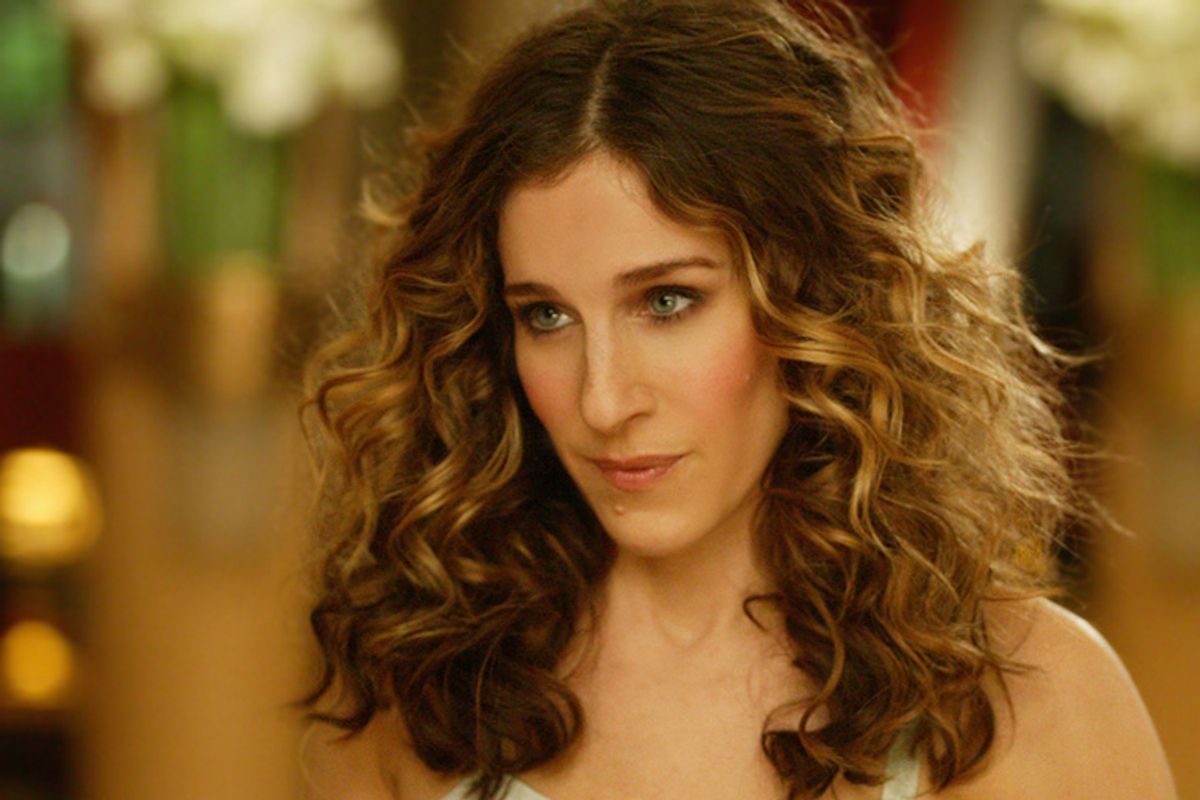 When those inevitable reboots of beloved franchises come around, die-hard fans and newcomers get a chance to return to the roots of a character and glimpse the glory yet to be. They're all about how one becomes a legend -- and they're wildly successful. Spider-Man. Superman. Batman. Carrie Bradshaw.

It's true -- this week, the long-threatened "Sex and the City" prequel -- "The Carrie Diaries" -- got a green light from the CW.

Based on Candace Bushnell's successful "Carrie Diaries" and "Summer in the City" novels, the as-yet-uncast series will follow the '80s-era Connecticut high schooler Carrie Bradshaw through her youthful explorations of friendship, romance and the occasional Big Apple adventure. It will be up to producers to determine whether this Carrie will be more like the character in the Bushnell books – a girl with siblings and a doting father – or the character she became through a long-running HBO series and two big-budget movies.

The Hollywood Reporter notes that "former 'Sex and the City' scribe/co-producer Amy B. Harris will adapt the book and serve as showrunner," which certainly offers the promise of continuity between the old television show and the new one. But eight years after it left the airwaves and one widely reviled movie sequel later, does anyone – especially the teens who were in their babyhoods when the show first aired – still care?

Maybe the real question is how Carrie Bradshaw has managed to keep her manicured talons in the public imagination as long as she has. Because Carrie Bradshaw is not the female equivalent of Batman. Sure, she's a loyal pal, but have you ever watched the series? Carrie is not endearingly flawed the way that all great characters must be. She's a full-on pain in the ass, easily the least likable member of her famed quartet. She's fiscally irresponsible; she's whiny; for a sex columnist, she is way too prissy about anything not vanilla enough for her tastes. And frankly, aside from the shoes, her wardrobe is tragic. How has this self-obsessed suckhole of need who bullied Big about commitment all those years managed to endure as an icon, the female any other woman with strappy heels, a laptop and a diaphragm must inevitably find herself compared to?

In "Sex and the City's" later years, its three ostensible supporting characters evolved the most -- becoming mothers, becoming parental caretakers, battling infertility and illness. Carrie remained frozen in time, the one who dumped her career for one man and then waited for another man to rescue her, the one who, well into her 40s, was still referring to her friends as "girls." But the Carrie her fans tend to remember is the sassy gal about town, going to fabulous parties and dating a slew of ridiculously hot men. And that's the allure. It's not where Carrie wound up -- just another middle-aged wife of a rich man – but who she once was. A woman with the potential to be anything.

Carrie Bradshaw still represents the small-town girl yearning for adventure in the big city, the one who believes that once she gets there, she will transform from the dowdy figure in her high-school yearbook into the toast of the town. That's why this origin story might actually work. The immaturity that would be as much a trademark as her petulant cosmo sipping in later years suits a character who is, in fact, supposed to be immature. Weren't all of Carrie's "I couldn't help but wonders" followed by something that sounded straight out of the mind of a 16-year-old anyway?

In her nascent form, there's a little bit of Carrie in every girl who's ever dreamed beyond her ZIP code, who ever said, "I have got to get out of this place." And in that regard, Carrie does have something grand about her. Not Spider-Man grand, but still. Grand enough for the CW, anyway.