Despite GOP claims, big business won't bring us more and better jobs. Obama should outline how the government will 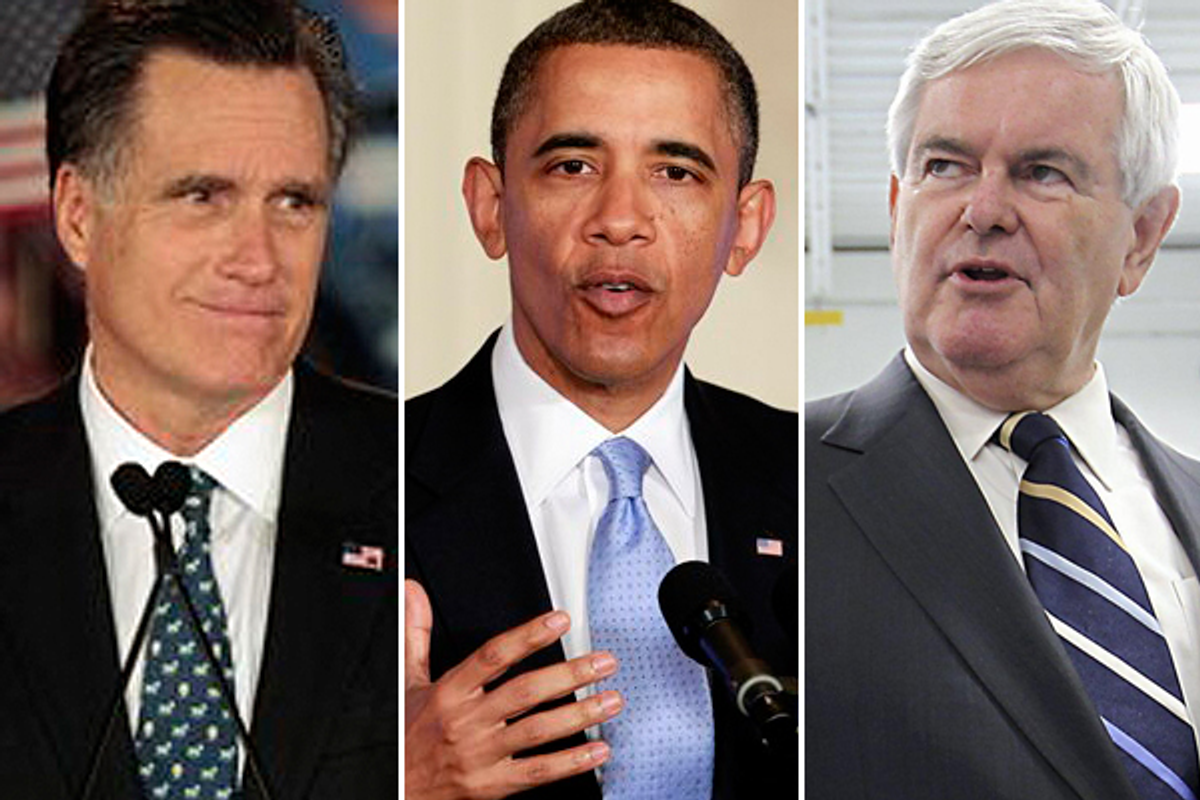 Who should have the primary strategic responsibility for making American workers globally competitive – the private sector or government? This will be a defining issue in the 2012 campaign.

In his State of the Union address, President Obama will make the case that government has a vital role. His Republican rivals disagree. Mitt Romney charges the president is putting “free enterprise on trial,” while Newt Gingrich merely fulminates about “liberal elites.”

American business won’t and can’t lead the way to more and better jobs in the United States. First, the private sector is increasingly global, with less and less stake in America. Second, it’s driven by the necessity of creating profits, not better jobs.

The National Science Foundation has just released its biennial report on global investment in science, engineering and technology. The NSF warns that the United States is quickly losing ground to Asia, especially to China. America’s share of global R&D spending is tumbling. In the decade to 2009, it dropped from 38 percent to 31 percent, while Asia’s share rose from 24 to 35 percent.

One big reason: According to the NSF, American firms nearly doubled their R&D investment in Asia over these years, to over $7.5 billion.

GE recently announced a $500 million expansion of its R&D facilities in China. The firm has already invested $2 billion.

GE’s CEO Jeffrey Immelt chairs Obama’s council on work and competitiveness. I’d wager that as an American citizen, Immelt is concerned about working Americans. But as CEO of GE, Immelt’s job is to be concerned about GE’s shareholders. They aren’t the same.

GE has also been creating more jobs outside the United States than in it. A decade ago, fewer than half of GE’s employees were non-American; today, 54 percent are.

This is all good for GE and its shareholders, but it’s not necessarily good for America or American workers. The Commerce Department says U.S. based global corporations added 2.4 million workers abroad in first decade of 21st century, while cutting their U.S. workforce by 2.9 million.

According to the New York Times, Apple Computer employs 43,000 people in the United States but contracts with over 700,000 workers abroad. It makes iPhones in China not only because of low wages there but also the ease and speed with which its Chinese contractor can mobilize their workers – from company dormitories at almost any hour of the day or night.

An Apple executive says “We don’t have an obligation to solve America’s problems. Our only obligation is making the best product possible.” He might have added “and showing a big enough profits to continually increase our share price.”

Most executives of American companies agree. If they can make it best and cheapest in China, or anywhere else, that’s where it will be made. Don’t blame them. That’s what they’re getting paid to do.

What they want in America is lower corporate taxes, less regulation and fewer unionized workers. But none of these will bring good jobs to America. These steps may lower the costs of production here, but global companies can always find even lower costs abroad.

Global corporations — wherever they’re based — will create good jobs for Americans only if Americans are productive enough to summon them. Problem is, a large and growing portion of our workforce isn’t equipped to be productive.

Put simply, American workers are hobbled by deteriorating schools, unaffordable college tuitions, decaying infrastructure and declining basic R&D. All of this is putting us on a glide path toward even lousier jobs and lower wages.

Get it? The strategic responsibility for making Americans more globally competitive can’t be centered in the private sector because the private sector is rapidly going global, and it’s designed to make profits rather than good jobs. The core responsibility has to be in government because government is supposed to be looking out for the public, and investing in public schools, colleges, infrastructure and basic R&D.

But here’s the political problem. American firms have huge clout in Washington. They maintain legions of lobbyists and are pouring boatloads of money into political campaigns. After the Supreme Court’s Citizen’s United decision, there’s no limit.

Who represents the American workforce? Organized labor represents fewer than 7 percent of private-sector workers and has all it can do to protect a dwindling number of unionized jobs.

Republicans like it this way, and for three decades have been trying to convince average working Americans government is their enemy. Yet corporate America isn’t their friend. Without bold government action on behalf of our workforce, good American jobs will continue to disappear.