The Oscars play it safe, nostalgic

Hollywood applauds itself -- but ignores great turns in edgy films like "Melancholia," "Take Shelter" and "Shame" 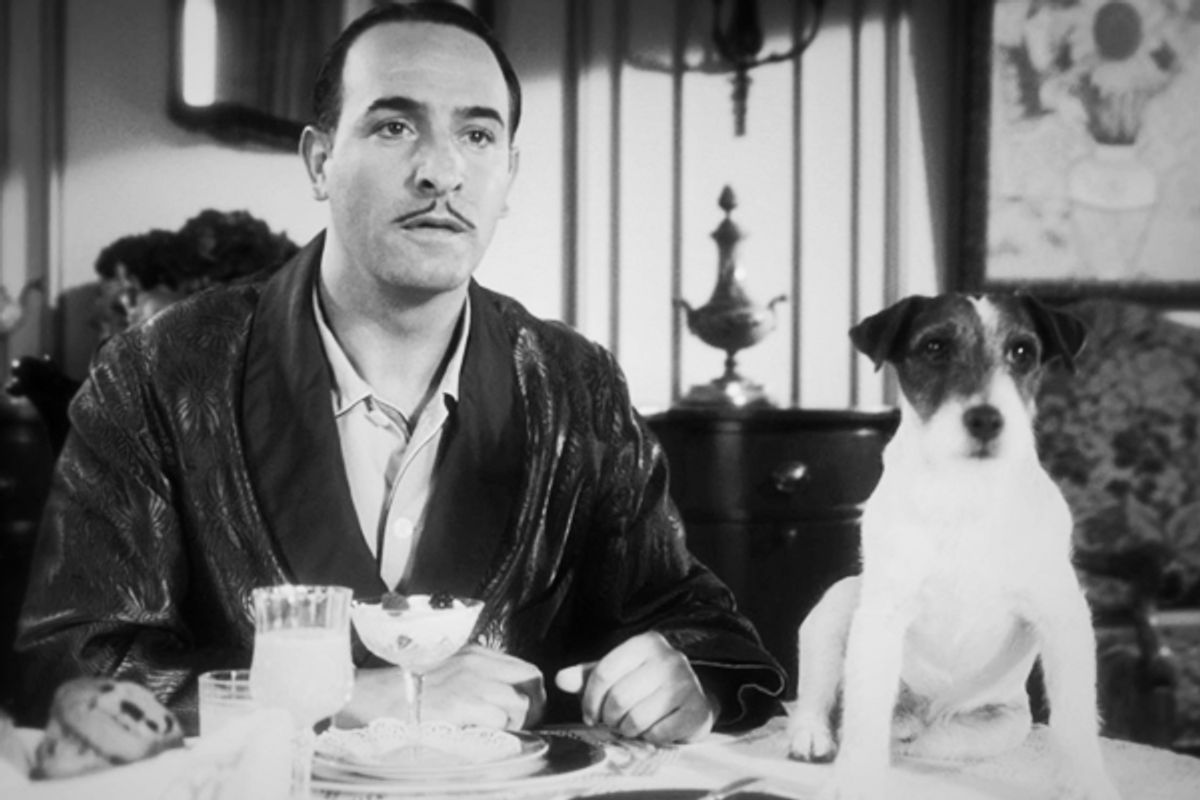 Jean Dujardin and Uggie in "The Artist"
--

As usual, it all went almost exactly as expected. This year's Academy Award nominations went to a plethora of already much-accoladed movies and performances, with a rich dose of nostalgia and sentiment. Yet when Academy of Motion Picture Arts and Sciences president Tom Sherak and last year's best actress nominee Jennifer Lawrence announced the contenders this morning, there were still a few gasps to be had.

The surprises started with the supporting performance nominations. Kenneth Branagh, Jonah Hill and Christopher Plummer ("Beginners") all seemed likely nominees. But it was the sentimental inclusion of "Extremely Loud and Incredibly Close's" Max Von Sydow, and left-field nod for Nick Nolte in "Warrior" that roused the crowd.

For the supporting actresses, there were even fewer surprises to be had, with the likes of Bérénice Bejo and Octavia Spencer once again going head-to-head. But the inclusion of this year's comedic It girl, Emmy winner Melissa McCarthy, for her bawdy, ballsy turn in "Bridesmaids" was a nonetheless sweet moment – and a rare display of evidence that you don't have to be a glamazon or Dame Judi Dench to be in the running for Oscar. And the best original screenplay nomination for "Bridesmaids" was another encouraging sign, proving at last that women can not only make successful movies involving explosive diarrhea, they can make Academy Award-nominated movies involving explosive diarrhea.

The biggest surprise of the morning might have been the best actor nominations for "A Better Life's" Demian Bichir and "Tinker Tailor Soldier Spy's" Gary Oldman -- and with them, the shutouts of "Shame's" Michael Fassbinder and "J. Edgar's" Leonardo DiCaprio. Or it might have been the best picture nomination for "Extremely Loud and Incredibly Close," a film that was neither a box office home run nor a critical one -- our Andrew O'Hehir called it "unconvincing Hollywood mush" -- but happened to feature beloved, Oscar-winning stars Tom Hanks and Sandra Bullock.

In the second year of the wider best picture category -- and after a few years of some truly bold, innovative movies getting Oscar recognition ("Slumdog Millionaire," "The Hurt Locker," "District 9," "Black Swan," "Inception") -- the 2011 contenders seem more like a big fuzzy blanket of sweetness and nostalgia. "Hugo," "The Artist" and "Midnight In Paris" are all, literally, about men stuck in the creative past. They're all lovely movies. The word we keep hearing is "homages." But when the most transgressive things on nomination day are a nod for the dude from "Superbad" and a best song nomination for one of the "Flight of the Conchords" guys, it's a great year for the Oscars, all right. As long as that year is 1925.