By demonizing some, the Republicans seek to discredit the safety net for the 99 percent 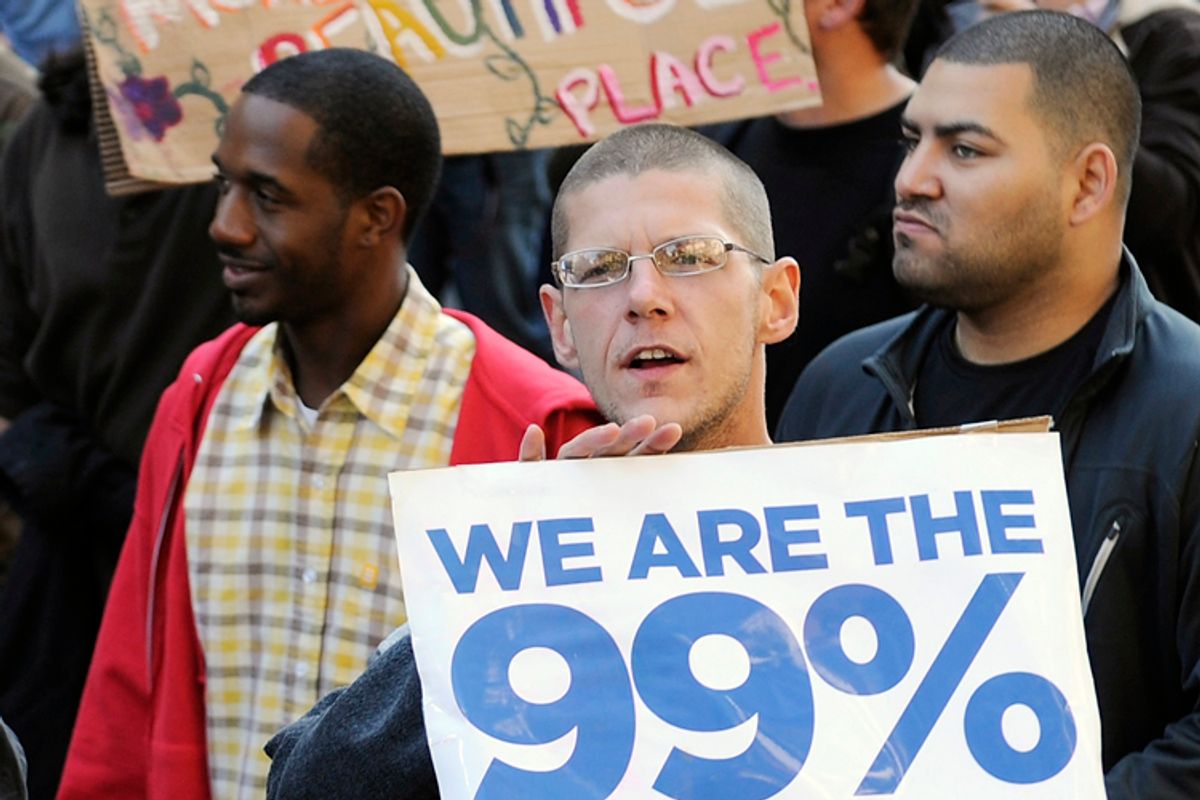 It's commonplace to note that Newt Gingrich's dog-whistle appellation that Barack Obama is the “food stamp president” is both racist and politically cynical. But the stereotyping of black government dependency also serves the strategic end of discrediting the entire social safety net, which most Americans of all races depend on. Black people are subtly demonized, but whites and blacks alike will suffer.

Gingrich persists because it's a dependable applause line, and because his political fortunes keep rising. Compare that to September, when Mitt Romney attacked then-candidate Rick Perry for calling Social Security a “Ponzi scheme.” Perry backtracked, insisting that he only wanted to bolster the program and ensure its solvency. But in his 2010 book “Fed Up,” Perry made his opposition to Social Security clear, calling it “a crumbling monument to the failure of the New Deal.” Scrapping entitlements is a core tenet of contemporary fiscal conservatism, but most of the time politicians only get away with attacking the most vulnerable ones: Medicaid, food stamps and welfare cash assistance, which are means-tested and thus associated with the black (read: undeserving) poor, although whites make up a far greater share of food stamp recipients. Government welfare programs with Teflon political defenses — Medicare and Social Security — are nearly universal entitlements and thus associated with “regular” (read: white) Americans.

“Ending welfare as we know it,” as Bill Clinton and congressional Republicans did in 1996, is one thing. “Ending Medicare,” Republicans were last year reminded, is something else altogether. “Keep your government hands off my Medicare,” declared a 2009 Tea Party town hall attendee who today might very well be an ardent supporter of Gingrich's assault on food stamps. It is a political lesson that free-market fundamentalists have to relearn with some frequency. It was only 2005,  after all, when President George W. Bush launched his ill-fated proposal to privatize Social Security — a setback he later called his greatest failure.

Yet as more government programs of any sort are framed as pernicious, laissez-faire ideologues are again emboldened to get rid of everything.

As recently as November 2009, the New York Times reported that stigma around food stamps had faded; the program received strong bipartisan support as millions of newly impoverished Americans reached out for food assistance. But temporarily cautious politicians had only stashed the old playbook on the top shelf, and the revival of welfare queen demagoguery made for quick political results. Nationwide, state legislatures are moving to impose drug testing of welfare, and even unemployment insurance, recipients.

"If you go apply for a job today, you are generally going to be drug-tested," Florida Gov. Rick Scott said in October 2010. "The people that are working are paying the taxes for people on welfare. Shouldn't the welfare people be held to the same standard?"

And and then came the push for cuts. Few noticed in April  2011 when House Budget Committee Chairman Paul Ryan, R-Wis., proposed cutting $127 billion from the food stamp program. The same went for the proposed dismantling of Medicaid, the healthcare entitlement for the nation's poorest, which would be transformed into a block grant to the states with no coverage requirements.  Everyone was focused on Ryan's audacious proposal to privatize Medicare, and conservative pundits were eager to sink the popular entitlement under the banner of pragmatic fiscal seriousness. “The Ryan budget,” David Brooks wrote at the time, “will put all future arguments in the proper context: The current welfare state is simply unsustainable and anybody who is serious, on left or right, has to have a new vision of the social contract.”

Republicans quickly backtracked. But the effort to dismantle the “poor black people” entitlements continues unabated. In Pennsylvania, Gov. Tom Corbett this month announced that people under 60 with more than $2,000 in savings or other assets — cars and homes generally excluded, savings very much included — will be barred from receiving food stamps. The move elicited widespread criticism from anti-hunger advocates but little concerted political resistance. Corbett's administration also cut 88,000 Pennsylvania children from Medicaid.

But politicians have more trouble getting away with criticism of less stigmatized benefits. Corbett suggested on the campaign trail that “The jobs are there. But if we keep extending unemployment, people are just going to sit there.” Democrats pounced and he rushed to issue a clarification, though a  conservative think tank eagerly backed up his original position.

Unemployment benefits, however, are on the political cusp: Once somewhat invincible like Social Security and Medicare, some states have made cuts amid the campaign of stigmatization.  In South Carolina, state-funded jobless benefits were reduced from 26 to 20 weeks. Republican state Sen. Kevin Bryant blogged, “I'm disappointed that we have a significant segment of our society leeching [off] the system." Arkansas, Missouri, Michigan and Florida have also reduced benefits. Yet it was just two months ago that Republicans suffered their greatest embarrassment of 2011 after nearly blocking the extension of unemployment benefits.

Welfare was “reformed” in 1996 because politicians, and many white Americans, were convinced  the program's beneficiaries weren't meritorious. Indeed, the entire history of  the American safety net is one of programs losing popularity as they are associated with poor black people. Initially blacks were largely excluded from New Deal welfare. It was when the War on Poverty broke down racial barriers that white public opinion turned against it. “Increasingly associated with Black mothers already stereotyped as lazy, irresponsible, and overly fertile,” writes Northwestern School of Law's Dorothy Roberts, “it became increasingly burdened with behavior modification, work requirements, and reduced effective benefit levels.”

The same was true for public housing, which once received broad-based support. But in the 1950s, whites moved to segregated suburbs and blacks were left behind, and the projects became unpopular and underfunded. Housing benefits for upper-income Americans, like the mortgage interest rate deduction, are not, to be sure, subject to such negative stereotypes, and neither are the billions in federal and state dollars that have been spent on highways and federally subsidized mortgages for disproportionately white homeowners.

Or take public schools. If all of our children, black and white, rich and poor, were in one big system, that system would get ample support. But since many poorer students of color are segregated into separate, unequal and low-performing districts, policy solutions like charters and an obsession over standardized testing that would never pass muster in a wealthy district are advocated as pragmatic solutions.

Count yourself lucky that rich people still (for the meantime) breathe the same air as everyone else.

Rick Santorum has declared, “I don’t want to make black people’s lives better by giving them somebody else’s money.” (He now says that he said “blah” people.) On Social Security, Santorum is making what appears to be a safe argument for reform: cutting rich people out of the program. Right now, Social Security belongs to everyone. Cutting rich people out is the first step to making it a program for the poor. Making something a program for the poor — see food stamps, Medicaid and welfare — is the first step toward eliminating it. While crazy Newt Gingrich talks about black people and food stamps, Mitt Romney (whom Brooks, of course, calls “serious”) resurrects a big idea: privatize  Medicare. That, of course, is why conservatives so fear single-payer universal healthcare: They know that once we got it, we would never let them take it away.

If some whites reap some cold comfort from Gingrich's performance, the racial hostility on display comes at a much higher cost to the American people as a whole. We have long since traded the possibility of a decent society for fear and resentment. So watch out for the next attack on "the food stamp president." The entitlement they end might be your own.