Komen for the Cure sells out women, again

The pink-ribbon charity, with a Sarah Palin ally as senior policy director, turns its back on Planned Parenthood 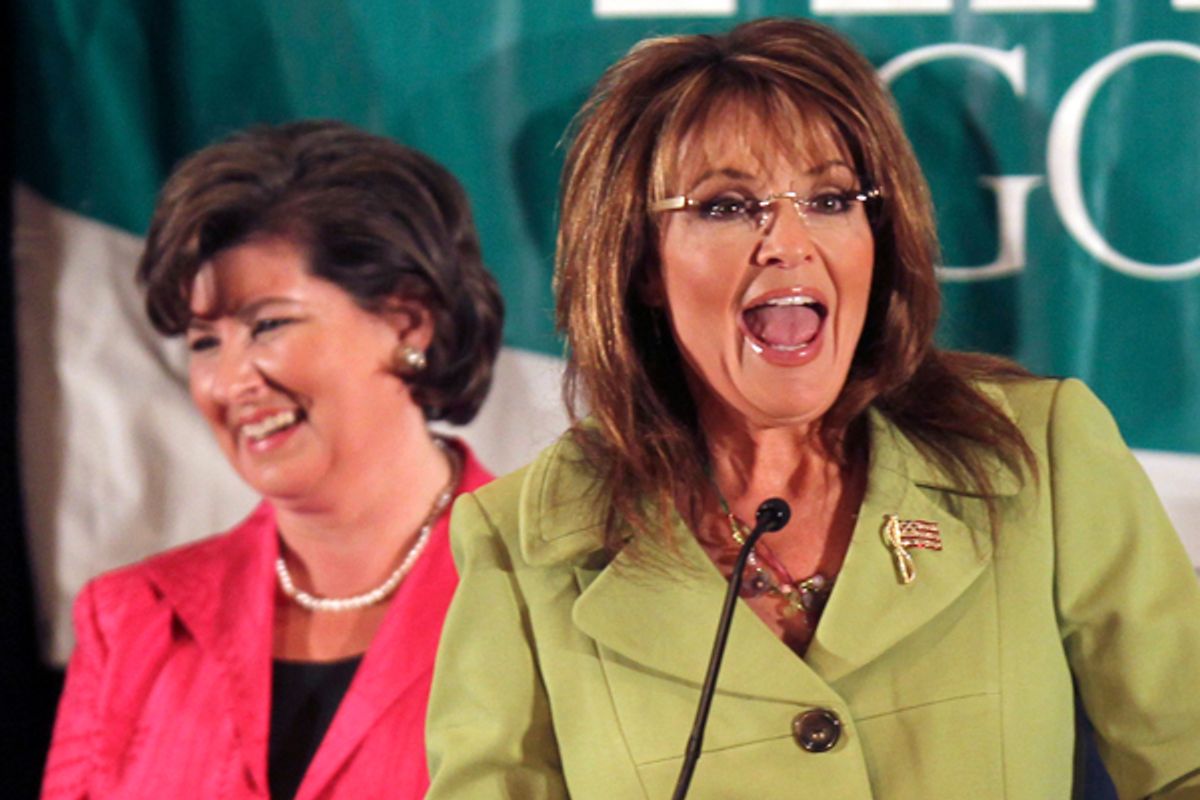 First, the good: Since its founding 30 years ago, Susan G. Komen for the Cure has put over a billion dollars toward research, screening and awareness in the name of eradicating breast cancer. It's certainly no coincidence that in that same span of time, breast cancer rates have declined sharply, and what was once a devastating diagnosis is now, for many, a treatable condition.

Yet when the news broke Tuesday that Komen was ending its funding for Planned Parenthood breast cancer screenings and services, the organization's eagerness to throw Planned Parenthood – and the women who depend upon it – under the bus wasn't surprising. It's actually thoroughly unshocking for this venerated organization to pull such a crass, insensitive move.

The very name Susan Komen -- with its direct association with a real woman, and founder Nancy G. Brinker's promise to fight the disease that claimed her sister -- is heart-tugging. Today, everyone who knows a woman likely has a breast cancer story – and with it, a Komen-flavored story about donning a pink T-shirt and running in a Race for the Cure, or shopping in October for pink-themed "Girls Just Want to Have Fun" notepads to help raise "awareness." Along the way, Komen has become the McDonald's of cancer -- an easy-to-remember brand with a logo that demands little thought or effort from the consumer. Write a check, buy a ribbon, voila! You get to feel like you're curing cancer.

It's not that Komen is some questionable, Wyclef Jean-esque mess. It gets high marks from both the Better Business Bureau and Charity Navigator. Yet this is an organization that has repeatedly come under fire for its extravagant promotion of itself as an organization dedicated to a "cure," when only a small portion of its expenses go to, you know, curing cancer. Komen itself cops to portioning just 24 percent of its funds to research – and 20 percent to fundraising and administration. For an organization with reported revenues of nearly $350 million, that's still a lot of money for research. It's an awful lot for itself, too.

Yet Komen remains pretty damn territorial around that whole "cure" thing. In a 2010 story for the Huffington Post, writer Laura Bassett pointed out that, according to Komen's own financial records, it spends almost "a million dollars a year in donor funds" aggressively going after other organizations that dare to use the phrase "for the cure" – including small charities like Kites for a Cure, Par for the Cure, Surfing for a Cure, Cupcakes for a Cure, and even a dog-sledding event called Mush for the Cure. Let me just give you that number again. A million bucks a year. Robert Smith, better watch your back.

Komen has also, in its relentless pursuit of ubiquity and corporate sponsorship, aligned itself with more dubious product placement than a "Jersey Shore" marathon. It has a whole online store encouraging visitors to "purchase with purpose to end breast cancer forever," where you can buy "silicone bling watches" and "Passionately Pink" ribbon-shaped cake pans. And because you'll have to root around for the numbers, you can spend extravagantly on candles and "spirit gloves" without knowing that merely "at least 25 percent of the retail sales price … will go to Komen to help support … research and community programs." Twenty-five percent of that $4.95 dog leash? Why, that's more than a whole dollar!

Komen also famously outsources its merchandising. It's teamed up with the likes of KFC for "Buckets for the Cure" -- because nothing says you care about women's health like a big vat of fried chicken. Komen has additionally sold a pink-hued "Promise Me" perfume that contains several toxins --  including galaxolide, a synthetic musk that critics claim is a hormone disruptor. Komen has promised to reformulate the scent this year, but as Uneasy Pink calculated last spring, that's still a lot of questionable chemicals to buy when roughly only 3 percent of the purchase price will go to Komen's oft-invoked "cure" anyway.

And what of Komen's latest, most potentially damaging stunt with Planned Parenthood? Komen says the move is just about "newly adopted criteria barring grants to organizations that are under investigation by local, state or federal authorities." You know what else is pretty "new" around Komen? Its senior vice president of public policy, Karen Handel. During the Sarah Palin-endorsed, Tea Party favorite's 2010 campaign for governor of Georgia, Handel declared, "I do not support the mission of Planned Parenthood," making clear that she "strongly supports" laws prohibiting "the use of taxpayer funds for abortions or abortion-related services." She did, however, emphasize that she "strongly support(s) the noble work of crisis-pregnancy centers." If you were one of the world's biggest charities and were looking to hire someone who had women's welfare as her greatest imperative, would you go for someone who'd send them to a place that offers breast cancer screenings – as well as ovarian cancer screenings and HPV tests? Or someone who prefers a bunch of right-to-life fanatics pretending to be a medical facility? If you picked the former, you're smarter than Komen for the Cure.

That Komen has raised staggering amounts of money is undeniable. There's also pretty compelling evidence that it has done so in some pretty boneheaded ways. So given its track record, it's fair to ask what happens now to the 11 percent of the Komen budget that goes to screening. Does it get funneled toward more glitter bracelets and "Promise Bears"? And what happens to the women who depend upon Planned Parenthood to tell them whether or not they have breast cancer? What becomes of mothers and daughters and wives and friends who believed that Komen's commitment to "the cure" meant something more than protecting its catchphrase? It's worth noting that while breast cancer rates are dipping, an October report from the American Cancer Society warned that they are declining more slowly among low-income women, and that "Poor women are now at greater risk for breast cancer death because of less access to screening and better treatments. This continued disparity is impeding real progress against breast cancer." You know who loses when Komen backs away from Planned Parenthood? Probably not those nice, pink-clad ladies who attend Susan Komen wine-tasting events.

Women's healthcare is not about lace-trimmed scarves and bottles of perfume. It's sure as hell not about some feel-good, lip-service version of what my colleague Rebecca Traister calls "infantilizing Pepto-ed advocacy." It's not even -- for anyone still stupid enough to think Planned Parenthood is some giant fetus-killing complex -- about abortion. It's about screening. It's about treatment. It's just that simple. The further away an organization gets from that mission, the more women suffer. It's just that simple too. And you don't make good on a "promise" to your dead sister by selling out women who need you most.