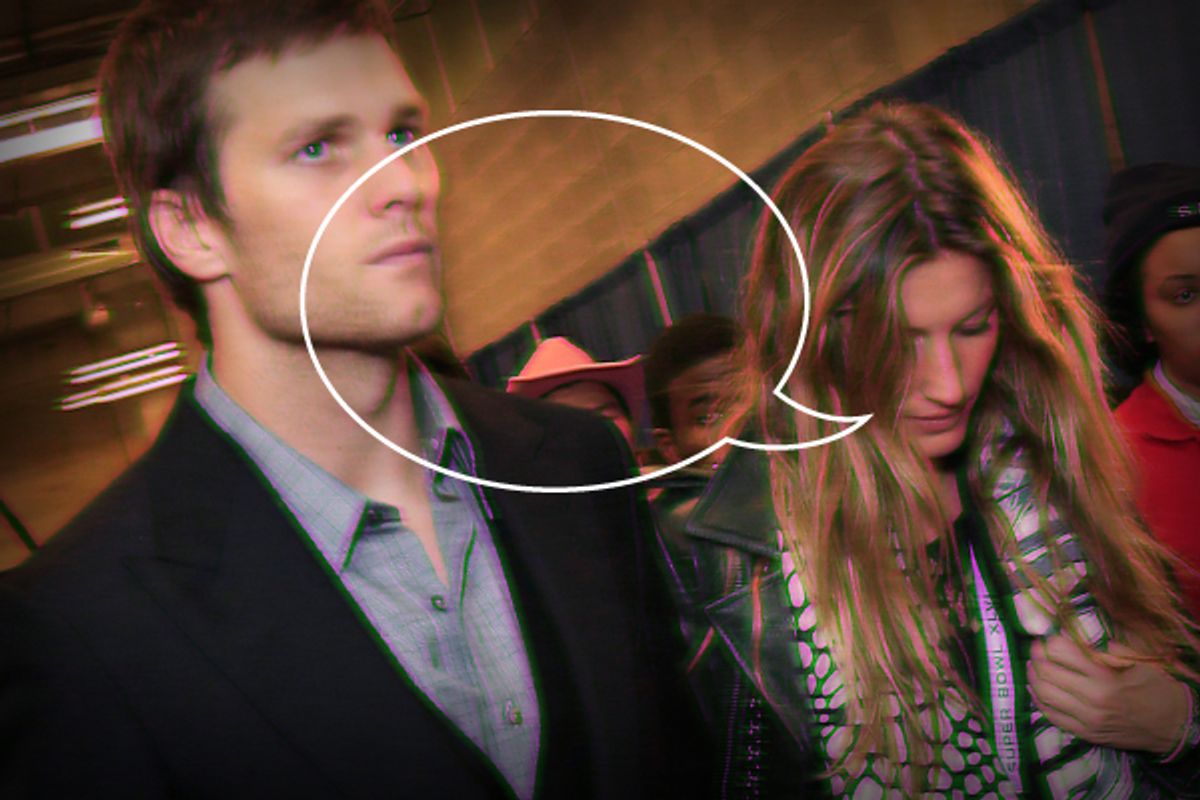 It's Valentine's Day, perhaps the sappiest day of the year for couples. But it's also a good day to remember that being part of a couple is hard -- and that no one other than those two people truly understands what goes on or why it works.

So Salon asked four top novelists to look at celebrity couples in the news recently either for a split or a disagreement and imagine the back story. What went wrong? What was really said?

Just click on the links below to read the stories:

The author of "Mattaponi Queen" imagines the final phone call of Demi and Ashton's marriage -- and wonders if anyone was actually listening in.

Pitch and Catch by Ben Greenman

When Gisele Bundchen defended Tom Brady by criticizing his receivers after the Super Bowl, it created some awkwardness. An author and New Yorker editor re-creates the conversation.

One Day You're In by Caitlin Horrocks

It was an awkward day on "Project Runway" when Heidi Klum and Seal split, guesses the author of "This Is Not Your City" -- especially for those who speak in Seal song titles.

The evening before Demi's friends called 911 with a medical emergency, she was at another party, and despaired of ever finding anyone who truly understood her again, imagines the author of "The Missing Person."