Nancy Grace is more terrible than ever 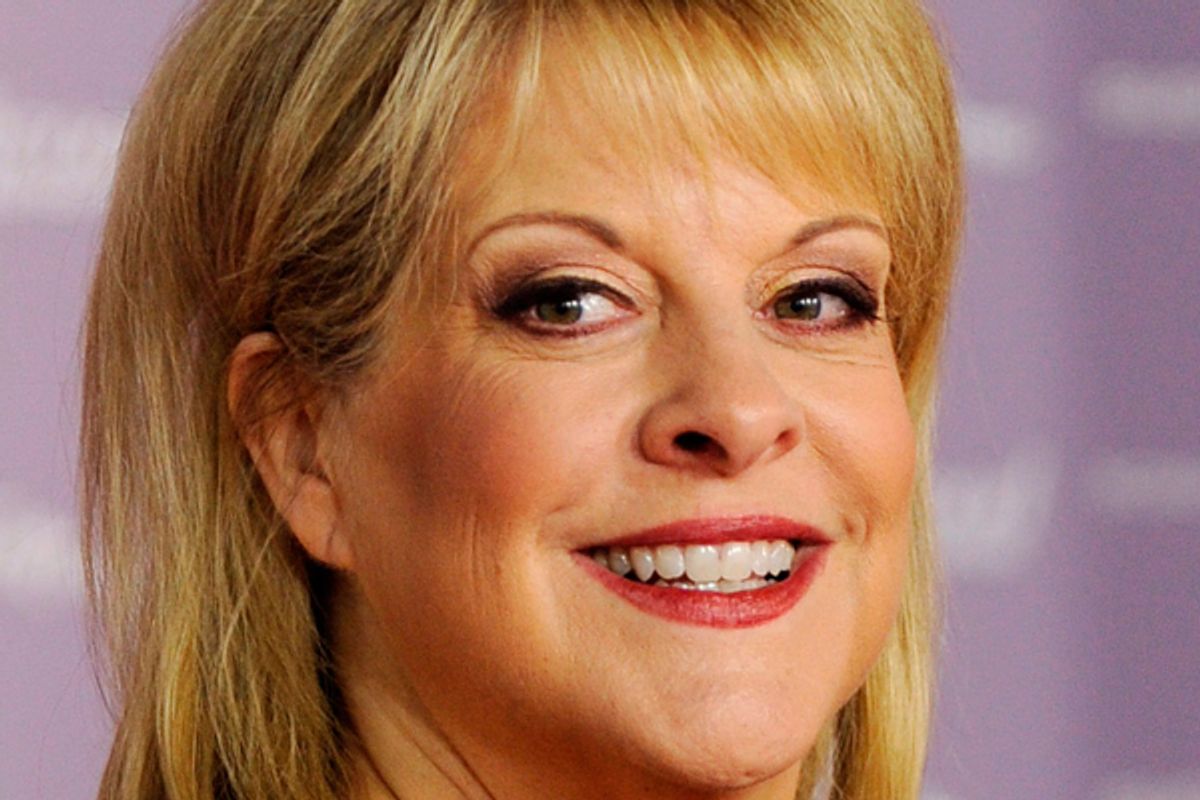 Cable news depends on colorful characters to draw eyeballs in between those reminders that there are "no new developments" in the real stories of the day. But even in a sea of distinctive jerkwads – your Erin Burnetts and Piers Morgans and Bill O'Reillys and Megyn Kellys --  HLN host Nancy Grace never fails to distinguish herself. And just when you think she can't find new depths to plumb, along comes the Whitney Houston story.

Grace, the woman who has made an entire cottage industry out of her indignation over Casey Anthony, who paints herself nightly as the avenging angel of poor dead Caylee, has never been one to trade in subtlety -- or, for that matter, facts. CNN had to settle a wrongful death suit after the mother of a missing child killed herself after being browbeaten on her show. (The parties agreed that Grace "engaged in no intentional wrongdoing.") She fearlessly championed the prosecution's side in the Duke lacrosse team rape case, blithely referring to "the victim," and went ballistic over the very notion that the accused might be innocent. (She then conveniently remained quiet on the subject after the case was dismissed.) This, folks, is a woman who has guilt-tripped abduction victim Elizabeth Smart for not playing along with her interview tactics. And even after a jury found Casey Anthony not guilty last summer, she has held on to the story like a dog with a bone, insisting that "I told the truth," luxuriating in descriptions of "the backdrop of 2-year-old Caylee's decomposing body just a few houses down from where Tot Mom put her pillow every night," and excoriating Anthony for – rich irony alert –"generating interest in herself."

Yet apparently there just aren't enough kidnapped babies and alleged gang rapes out there to keep Grace satisfied. She's turning her attention now instead to the mysterious death of a diva. Grace, who famously said last summer that she knew more than the "kooky jury" on the Anthony case, now seems to know more than the L.A. coroner's office. Despite word that foul play is "not suspected at this time" in Saturday's death of Whitney Houston, Grace isn't so sure. On Monday she appeared on CNN to ponder, "Who, if anyone, gave [Houston] drugs following alcohol and drugs." That itself isn't a crazy question, though it is a bit of a reach – a suggestion that the story of a superstar dying alone and surrounded by prescription bottles just isn't sexy enough. Not when surely there's a villain on the loose for Nancy Grace to bring to justice. Cue dramatic theme music!

Medical accountability is to be considered whenever someone dies who may have had drugs administered to him or her. Just ask physician Conrad Murray, who was convicted of involuntary manslaughter in the death of Michael Jackson. But where Grace, in her totally Nancy Grace-like way, went totally bananas was when she asked, "Who let her slip or pushed her underneath that water? ... Who let Whitney Houston go under that water?" Uhhhhhmm… Whitney Houston?

The sad desperation of news networks, and their flailing competitiveness in a glut of information overload, is rarely pretty to watch. But Grace isn't just some blowhard, saying provocative things to get a rise out of the viewership. She's a full-on loose cannon, a disseminator of disinformation and an ego gone rogue. That CNN and its sister network HLN continue to permit her to spew her wild speculations, to proudly flaunt her flat-out contempt for the facts as they are known, and to engage in character assassination long after a not guilty verdict has been rendered in a court of law, is blatant and arrogant recklessness. Unchecked, how long before Grace decides she knows who "pushed" Houston under the water? How long before she's on another crusade, deciding who is a victim and who is a perpetrator? How long before a real criminal investigation or trial is tainted because of her nightly yammering?

After her jaw-dropping segment Monday, CNN anchor Don Lemon had to leap into fire-dousing mode, issuing a hasty reminder that "This is not CNN's reporting. We don't know that to be true." Here's a crazy idea – you shouldn't be talking about things you don't know to be true on a network with the word "news" right there in the middle of it. And CNN shouldn't continue to provide a platform to a woman whose self-interest makes a mockery of journalistic credibility.