The factory jobs aren't coming back

Romney, Santorum and Obama all vow to fight for U.S. manufacturing. It's not just a lost cause; it's the wrong one 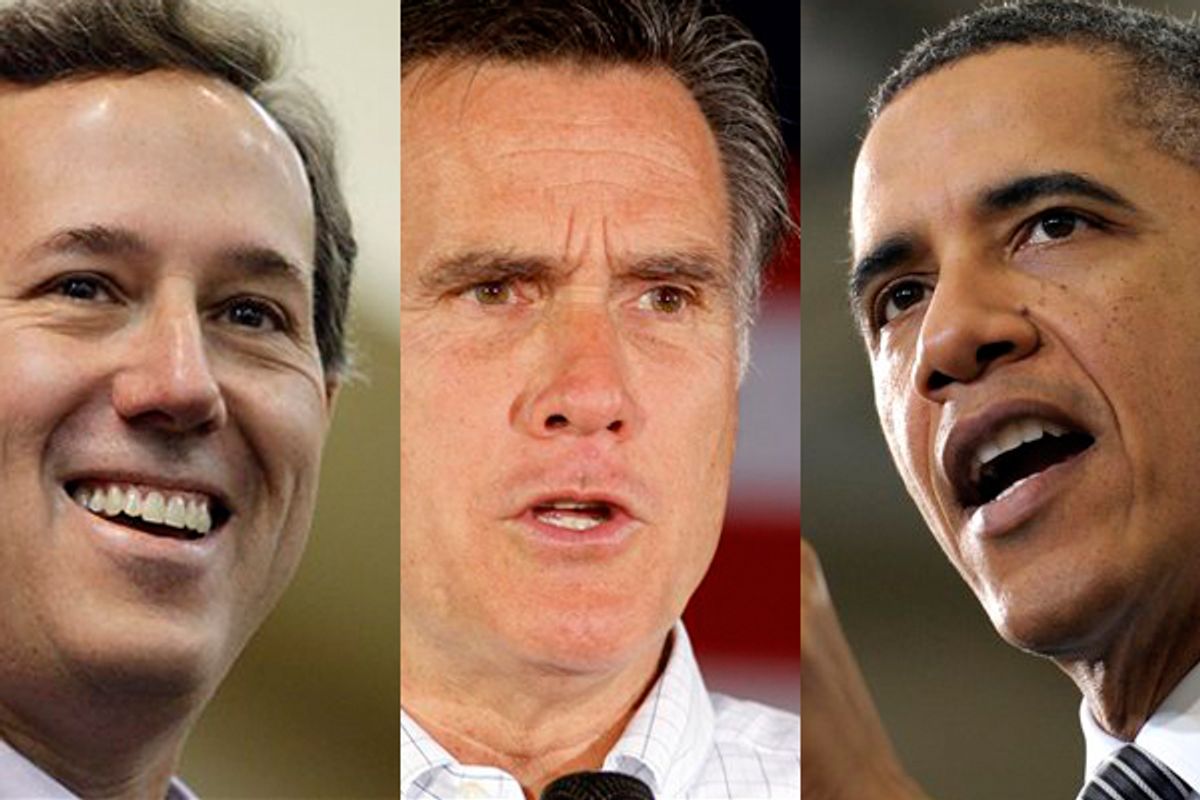 Suddenly, manufacturing is back – at least on the election trail. But don’t be fooled. The real issue isn’t how to get manufacturing back. It’s how to get good jobs and good wages back. They aren’t at all the same thing.

Mitt Romney says he’ll “work to bring manufacturing back” to America by being tough on China, which he describes as “stealing jobs” by keeping value of its currency artificially low and thereby making its exports cheaper.

Rick Santorum promises to “fight for American manufacturing” by eliminating corporate income taxes on manufacturers and allowing corporations to bring their foreign profits back to American tax free as long as they use the money to build new factories.

President Obama has also been pushing a manufacturing agenda. Last month the president unveiled a six-point plan to eliminate tax incentives for companies to move offshore and create new lures for them to bring jobs home. “Our goal,” he says, is to “create opportunities for hard-working Americans to start making stuff again.”

Even if we didn’t have to compete with lower-wage workers overseas, we’d still have fewer factory jobs because the old assembly line has been replaced by numerically-controlled machine tools and robotics. Manufacturing is going high-tech.

Manufacturing used to supply lots of these kind of jobs, but that was only because factory workers were represented by unions powerful enough to get high wages.

That’s no longer the case. Even the once-mighty United Auto Workers has been forced to accept pay packages for new hires at the Big Three that provide half what new hires got a decade ago. At $14 an hour, new auto workers earn about the same as most of America’s service-sector workers.

GM just announced record profits but its new workers won’t be getting much of a share.

In the 1950s, more than a third of American workers were represented by a union. Now, fewer than 7 percent of private-sector workers have a union behind them. If there’s a single reason why the median wage has dropped dramatically for non-college workers over the past three and a half decades, it’s the decline of unions.

How do the candidates stand on unions? Mitt Romney has done nothing but bash them. He vows to pass so-called “right to work” legislation barring job requirements of union membership and payment of union dues. “I’ve taken on union bosses before, ” he says,” and I’m happy to take them on again.” When Romney’s not blaming China for American manufacturers’ competitive problems he blames high union wages. Romney accuses the president of “stacking” the National Labor Relations Board with “union stooges.”

Rick Santorum says he’s supportive of private-sector unions. While in the Senate he voted against a national right to work law (Romney is now attacking him on this) but Santorum isn’t interested in strengthening unions, and he doesn’t like them in the public sector.

President Obama praises “unionized plants” – such as Master Lock, the Milwaukee maker of padlocks he visited last week, which brought back one hundred jobs from China. But the president has not promised that if reelected he’d push for the Employee Free Choice Act, which would make it easier for workers to organize a union. He had supported it in the 2008 election but never moved the legislation once elected.

The president has also been noticeably silent on the labor struggles that have been roiling the Midwest – from Wisconsin’s assault on the bargaining rights of public employees, through Indiana’s recently-enacted right to work law – the first in the Rust Belt.

The fact is, American corporations – both manufacturing and services – are doing wonderfully well. Their third quarter profits totaled $2 trillion. That’s 19 percent higher than the pre-recession peak five years ago.

But American workers aren’t sharing in this bounty. Although jobs are slowly returning, wages continue to drop, adjusted for inflation.