Now what? Life after cancer treatment

I'm readying to end a protocol that saved my life -- so why am I so scared? 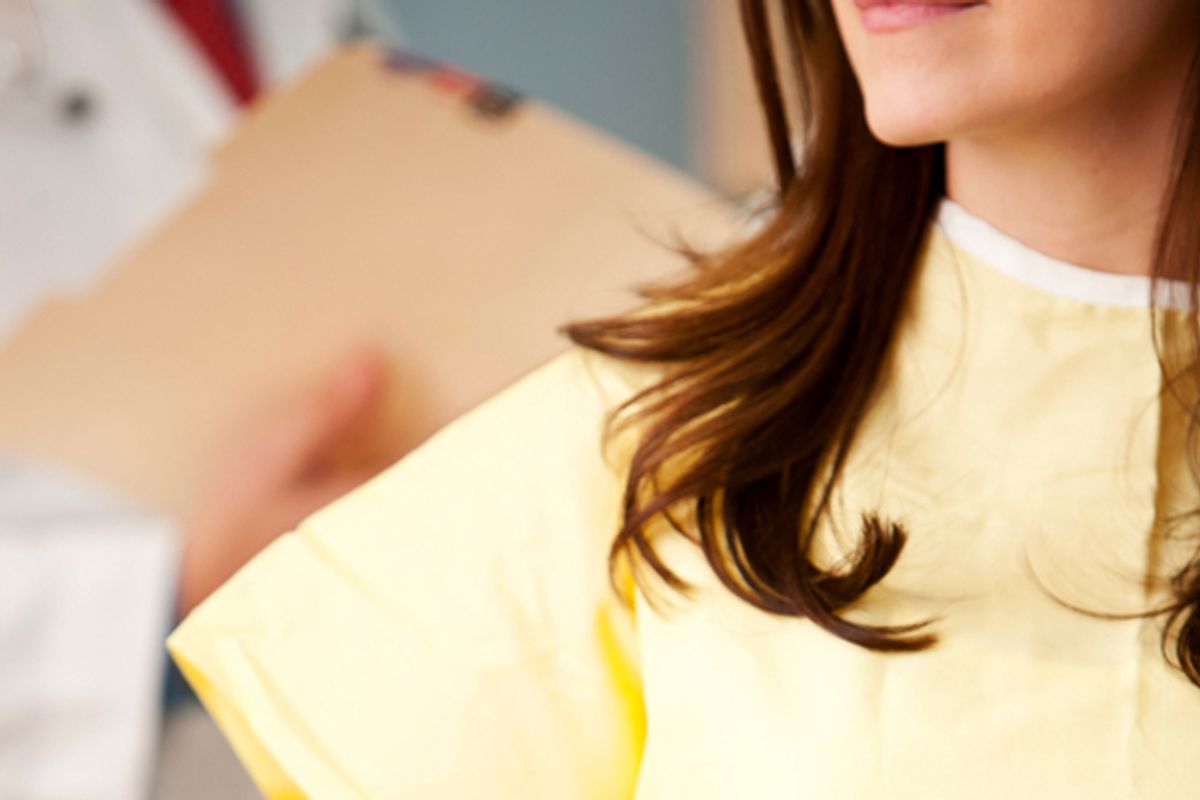 Of all the possible outcomes one could have after a diagnosis of metastatic, Stage 4 cancer, I have had the best. Last month, my doctor told me the tumors in my lungs and under the flesh of my back -- after months of treatment in an experimental, Phase I clinical trial -- had disappeared. And now, having endured surgeries and side effects and weekly monitoring, I can, with my last regular treatment mere weeks away, begin preparing for the rest of my life. Yet when my friends ask what we're doing to celebrate, when they high-five me and ask, hopefully, "So now it's over, right?" I don't know what to tell them. I don't know how to explain why I don't feel yet like partying.

I'd thought I would. Months ago, when the treatment was just starting and my fate was uncertain, life without a flurry of infusions and blood work seemed unimaginable. That was around the time my friend, the writer Anne Stockwell, wrote to say that she was planning a Web community called WellAgain. "We cancer cases get amazing and heroic care during treatment," she wrote, "but after is when the emotional hammer hits, and somehow after is exactly when we find ourselves alone again." The name, she explained, "refers to the fact that cancer never gives you the certainty that you're well again. So you have to decide what well again is for you."

Anne understands that feeling all too well. She has been diagnosed with ovarian cancer three times and describes herself now as a two-year "cancer survivor who hates the word 'survivor'." She prefers "cancer veteran." "I think of myself as someone who went to that war and came home," she says, "and was lucky to not to be too grievously injured."

Here in the homestretch, I can almost start to see myself that way too. I used to keep a keen eye toward March 15, like a child waiting for Christmas. I eagerly imagined the bright new world of improved energy and fewer afternoons tethered to an IV drip. But now, like many who've been in this very fortunate position, I find myself approaching this milestone date with both indescribable relief and gratitude -- and a fair amount of other, surprising emotions as well.

There's the fear, of course. My treatment schedule has been working well just like this. It's saved my life from shockingly dire odds. What happens when the protocol changes? The hope with immunotherapy is the body will continue to fight off cancer cells, but there's something pretty comforting about watching the drugs go in and knowing that they're doing the fighting for me. This is the beginning of finding out how much my body can do on its own. It's not exactly flying without a net, but it does represent a different and scary level of autonomy. As Anne puts it, "I'd been pumping my guts full of something to fight cancer -- now what? I was quietly afraid for a long, long time." And my friend Martha, a therapist who had breast cancer two and a half years ago, likens the end of chemo to when she had her first child. "I was in the hospital after a Caesarean," she says. "Of course I wanted to go home, but when they discharged me, I remember bursting into tears and thinking, 'It's all on me to do this now.'"

Until that day comes for me, I'm still living in a body that feels like crap a lot of the time. And the side effects, cumulative and intense, of cancer treatment don't melt away the moment the nurse unhooks the drip. In fact, the treatment itself often doesn't even end then. There are maintenance drugs and infusions, often stretching on for years. In my case, I'll move to a schedule of treatments every three months that I hope will continue to do the job.  And while I likewise hope for my energy to return and my rashes and dizzy spells to go away, I don’t expect that to kick in by happy hour on March 15.

At least the dread of recurrence and the ongoing struggles of side effects are the kinds of things that are easy enough to explain to people. But there are other aspects of wrapping up an initial course of treatment that are harder to discuss. There's an oddly sad element to it, and an often-awkward identity shift. It's almost like a graduation – there's the sense of accomplishment and anticipation, but it's mixed with a strong loss of security. Ending regular treatment means the reassuring, friendly doctors and nurses who are right now a near constant part of my life will become less frequent participants in it. Similarly, I will have to begin transitioning out of my weekly cancer support group; I'll have to prepare for the Tuesday night that it will not include me. I'll be so grateful to no longer be an active patient, but I'll miss the updates and stories, the camaraderie and humor. Sure, some of us will keep in touch. But you know what it's like when you leave a place, even for happy reasons.

"A lot of people go into depression when treatment is over," says Martha. "I felt a little bit lost after treatment. People shore themselves up to get through it. It takes everything in you to cross that finish line. But I had had a lot of good things that had come up from treatment -- I'd started writing music, and found I had a gift for it. There was a lot of hope then. It's taken time to really learn how to take care of myself in a new way and live again."

That's why it's bittersweet to move on to the next part. "I think there's a huge rush of the tide to get you back as though nothing happened. To reassemble the picture that you had before," says Anne. "People think that must be what you want, you must want to forget this. The big mistake is that it's forgettable. Or that there's an end to it. There's no end to it." And as Martha says, "The doctors will say, 'Oh, you're good. Go enjoy your life.' But you don't stop having had cancer once treatment is over."

Cancer is part of me now. It's part of all of us who've experienced it, whether we call ourselves survivors or continue to grope, as I do, for a word that makes sense of this new place. How can I call myself a "survivor" when I will spend the rest of my life monitored and tested, a veteran who knows all too well that another deployment could be as close as the next CT scan? We cancer vets live daily with our cancer -- in the scars on our bodies, the memories of the people who were kind when we needed help, and the way that we can never again take for granted what a gift it is to make plans.

This President's Day, I am getting a CT scan. On Thursday, I will go back to Sloan-Kettering  for my penultimate regular treatment. I'll come armed with a freshly squeezed orange juice I got at the Jamba Juice around the corner, as I do each time. I'll sit in my suite and watch movies on my laptop. I'll probably cry when they try to draw blood, because my veins are shot to hell. I know the drill. Will I miss it? No. But I'll miss the security of it; the purposeful sense of being so actively engaged in the job of killing cancer cells. I'll miss the regular engagement of my medical team and my support group, who I've come to regard as good friends. I will no longer be a full-time patient. I won't be my old, pre-cancer self either. I'll miss those old selves, even the one with the life-threatening cancer. She was one tough broad. I will be someone different after March 15, and that's scary and strange to contemplate. Fortunately, it looks like I've got the rest of my life to figure out who she can be from here on in.