The mouse misfires with an ambitious, awful health campaign 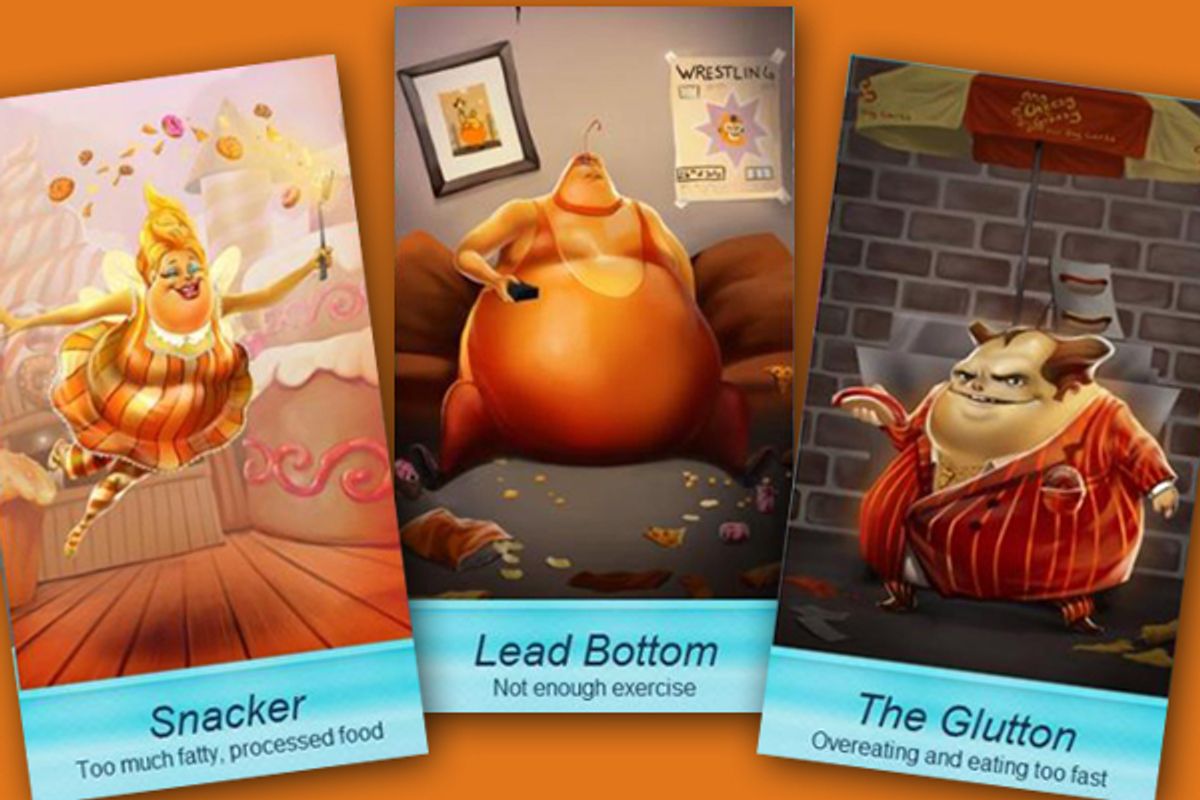 You wouldn't think the people whose theme parks feature a binge-eating bear with a honey gut would put itself in the business of fat shaming, but that's exactly what Disney did this month. In a boneheaded stab at promoting healthy lifestyle choices, the happiest place on earth became a considerably less hospitable environment when it debuted a new interactive "Habit Heroes" exhibit at Epcot. Guess who the villains were?

A collaboration between Disney and Blue Cross and Blue Shield to help teach kids to "fight bad habits," the Epcot attraction and tie-in app and Web page featured buff, virtuous characters Will Power and Callie Stenics squaring off against nemeses like the lazy, grotesque "Lead Bottom" and the self-explanatorily named "Glutton." Apparently, when a company famed for its meticulous crafting of exactly what children want and one of the largest health insurers in the nation pool their talents, they come up with "Fat people are bad."

Earlier this month, Tony Jenkins, regional market president for Blue Cross and Blue Shield, told the Orlando Sentinel that "Our challenge was to tell that story in a fun, engaging way, which is what Disney does better than anyone." So imagine Disney's surprise when some patrons did not take kindly to their "fun, engaging" message. As Weighty Matters blogger and assistant professor of family medicine Dr. Yoni Freedhoff told the Calgary Herald, "It's so dumbfounding it's unreal. I just can't believe somebody out there thought it was a good idea to pick up where the school bullies left off and shame kids on their vacation." On her "Dances With Fat" blog, Ragen Chastain condemned the "Disney Fat Shame Ride" and admitted she "couldn’t stop the tears" when she'd heard about it. And nutritionist and author Marion Nestle tweeted, agog, "You can't make this up."

It didn't take long for the Magic Kingdom to do some hasty damage control, taking HabitHeroes.com "down for maintenance" and closing the exhibit just three weeks after it launched. The mouse is currently remaining conspicuously silent on whether it will return.

With 12.5 million children and teens now obese, the health problem in this nation is a real and growing one, one that will play in serious long-term health problems like diabetes and heart disease and short-term ones like bullying. Kids – and parents – need direction and encouragement to make healthy eating choices and develop an active lifestyle. But like Children’s Healthcare of Atlanta's similarly in your face campaign, the Habit Heroes approach compounded the problem by making it seem like emotional, cultural, genetic and economic factors can be overcome with simple "Will Power" and a few broccoli spears. Worse, it demonized the obese, equating size with poor habits. Kind of ironic for a place that entices visitors to "Satisfy your sweet tooth at Storybook Treats" or "Wake up with treats like freshly made funnel cakes and delicious waffle sandwiches." You want to promote good heath? Start by looking at your own sugar and animal fat-laden menus. And go on by respecting children of all shapes and sizes. Because they're the ones who trust in the mouse to see them not as Lead Bottoms and Gluttons but as princesses and pirates. As beautiful.