Pick of the week: A disturbing Aussie serial-killer drama

Pick of the week: "The Snowtown Murders" is a gripping psychological drama based on a terrifying real-life case 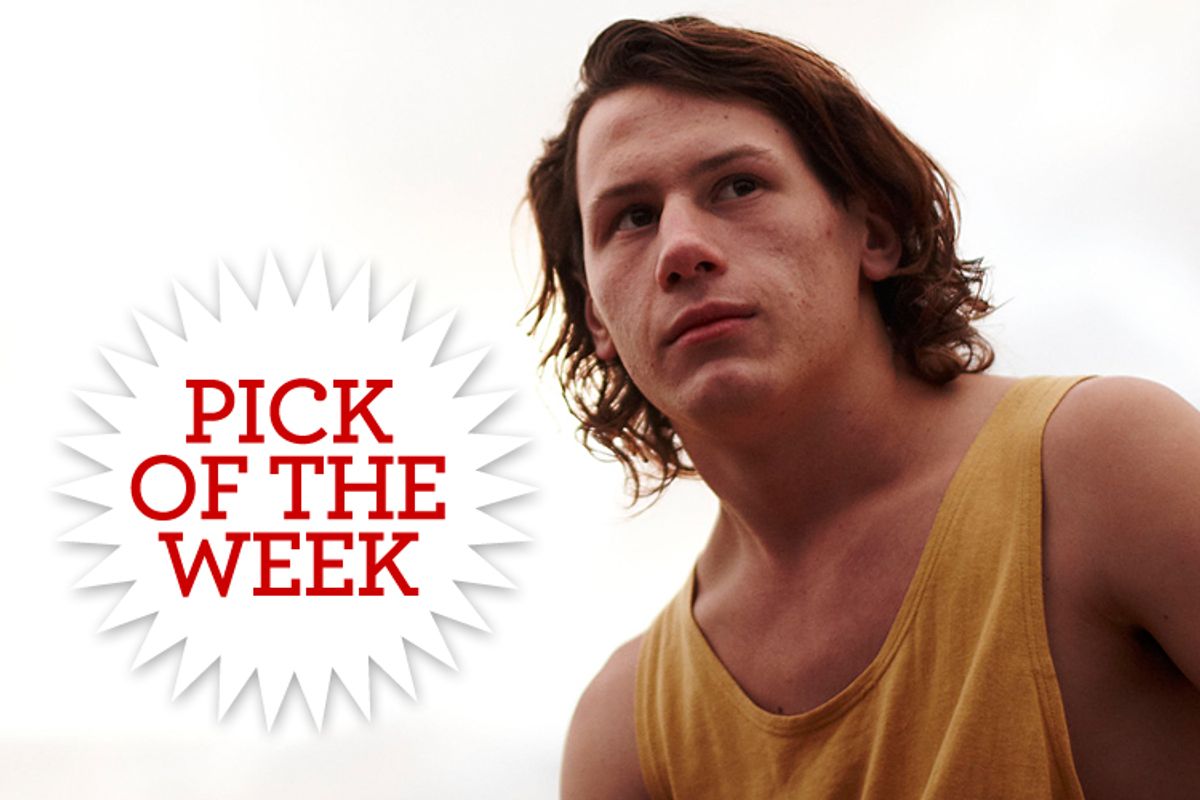 Can some kind of deeper meaning be extracted from exploring terrible crimes and the depths of human depravity? That's the implicit question asked in "The Snowtown Murders," an impressive but exceptionally disturbing feature debut from Australian director Justin Kurzel that pushes the new wave of Aussie crime films up a notch. (This film played the Cannes and Toronto festivals earlier this year, and won four Australian Academy Awards, under the original title "Snowtown.") If you found some enjoyment in David Michôd's grueling Melbourne family saga "Animal Kingdom," then you're probably a candidate for this thoughtful, impressionistic portrait of life in a downtrodden suburb of Adelaide that produced Australia's worst real-life serial-killer case.

But I want to be honest, both about my own mixed feelings and about the aesthetic and, I don't know, epistemological challenges posed by "The Snowtown Murders." This is a beautifully crafted and largely non-sensationalistic film that captures the late-'90s, working-class decrepitude of its setting in intense detail: the cramped cinderblock houses and overgrown, rubbish-strewn yards; the flat, gray skies and flat, open landscapes. The real Snowtown case was first exposed, after all, when police found several plastic barrels full of decomposing body parts in an abandoned building.

Kurzel builds the movie around three memorable performances, two of them by nonprofessional actors he recruited in the Adelaide suburbs: Lucas Pittaway as Jamie Vlassakis, a sweet-tempered, lovely and fatally passive teenage boy, and Louise Harris as Lizzie, his unkempt, nearly desperate mother, who yearns to find a viable role model for her four boys. Best of all, or perhaps worst of all, is Daniel Henshall (familiar to British and Australian TV viewers from the series "Out of the Blue") as John Bunting, a charismatic pug dog of a man who lures Jamie into his sociopathic schemes.

Kurzel and screenwriter Shaun Grant (who based his work on two nonfiction accounts of the Snowtown case) create an intense and compelling psychological narrative that seeks to explain how an essentially normal kid like Jamie could be drawn into committing heinous crimes by someone as clever and duplicitous and profoundly deranged as John Bunting. Jamie grows up in an atmosphere of grinding poverty, casual cruelty and frequent abuse; he is molested by his mother's boyfriend and repeatedly raped by his older brother, and accepts it all with an almost affectless sense of injury. This is just how the world is, apparently, if you're unlucky enough to grow up in this dumpy corner of it.

When Bunting comes into Jamie's family life (as Lizzie's new, non-pedophile boyfriend), he presents himself as the opposite of all that, a churchgoing family man who cooks breakfast for the boys, encourages them at school, keeps them off drugs and away from undesirables. But from the outset Bunting's impromptu neighborhood-watch meetings indulge in violent and grotesque revenge fantasies. If his impulse to punish the man who molested Jamie is understandable, its elements are disturbing: Painting "FAG" on the guy's windows with soft-serve ice cream, and splattering his porch furniture with the brains and guts of slaughtered kangaroos. Bunting's campaign against pedophiles morphs freely into a generalized persecution of any and all perceived loners, weirdos and homosexuals (all of whom amount to the same thing, in his worldview). As Jamie eventually learns, the people in Snowtown who have abruptly "moved away," leaving behind tearful late-night phone messages, haven't gone all that far.

Jamie is almost pathetically eager to please an adult man who professes to be morally upright and who doesn't rape him, at least not in the literal, physical sense of that verb. In one of their first one-on-one conversations, Bunting asks him, "Do you like being fucked?" Jamie is shocked, but eventually says no, he doesn't. "So why don't you do something about it, mate?" Bunting asks in tones of fatherly concern. "When are you gonna grow a pair of balls?" In Bunting's world, growing a pair means collaborating in a series of kidnappings, tortures and murders, first of those who have victimized Jamie, but ultimately of anyone in Snowtown who seems marginal or unloved or simply knows too much. (Bunting commanded a serial-killer gang that included Jamie and at least two other men, apparently something almost unique in criminal history.)

I'm guessing that to Australian audiences "The Snowtown Murders" carries a pungent element of social criticism, although you could certainly tell a similar story about America and set it in Philadelphia or Colorado Springs or west Tennessee. Without excusing the madness of John Bunting or the weakness of Jamie Vlassakis (if Jamie didn't like being raped, he was nonetheless eager to be dominated), Kurzel and Grant make clear that their dysfunctional surroundings, in a derelict underclass town that mainstream Australia didn't want to think about, nurtured them in critical ways. But now that I've built a case for "Snowtown Murders" as a thought-provoking work that's well crafted and has a potentially edifying message, I've got to add the proviso that it's extremely difficult to sit through, and doesn't offer much in the way of conventional audience satisfaction.

Jamie is the inescapable object of our pity and sympathy, but he's such a flawed and weak character, and does so many unforgivable things, that you really can't root for him. And as for Bunting -- well, it's a breakthrough performance by Henshall, but this bland, bearded Hannibal Lecter of the Aussie 'burbs has got to be one of the all-around worst human beings ever portrayed on-screen. Kurzel apparently grew up in a nearby town, and his portrait of Snowtown feels relentlessly authentic, from the crap houses to the junked cars to the overcast skies to the butchered kangaroos. (A little help here, readers Down Under: Do people really just go out and shoot those things for meat? Is it legal?) But relentless is the word: The place is portrayed here as a grinding, oppressive and essentially lawless circle of hell. It's a testament to human goodness that there was only one band of crazed killers on the loose.

There aren't many scenes of gore and violence in "Snowtown Murders," but the ones that exist are definitely daunting enough. In fact, this is an exceptionally difficult film to market, in that it may seem too elliptical and fragmentary for viewers accustomed to crime thrillers and horror movies, and overly gruesome and exploitation-flavored for art-house patrons. As for me, I'm answering my opening question with a qualified yes: This movie took me into some very dark places, but the level of craft and integrity involved are so high that I felt the journey was finally worth it, and ended up convinced that the story was about much more than a gruesome murder case. I'm also grateful I don't have to watch it again, at least not right away.

"The Snowtown Murders" opens this week at the IFC Center in New York, and March 15 at the Egyptian Theatre in Los Angeles, with other cities to follow. It's also available on-demand from many cable and satellite providers.