Those mean Dems are tricking the GOP again

Writers continue to peddle the notion that Republican extremism results from Democrats' political trickery. If only 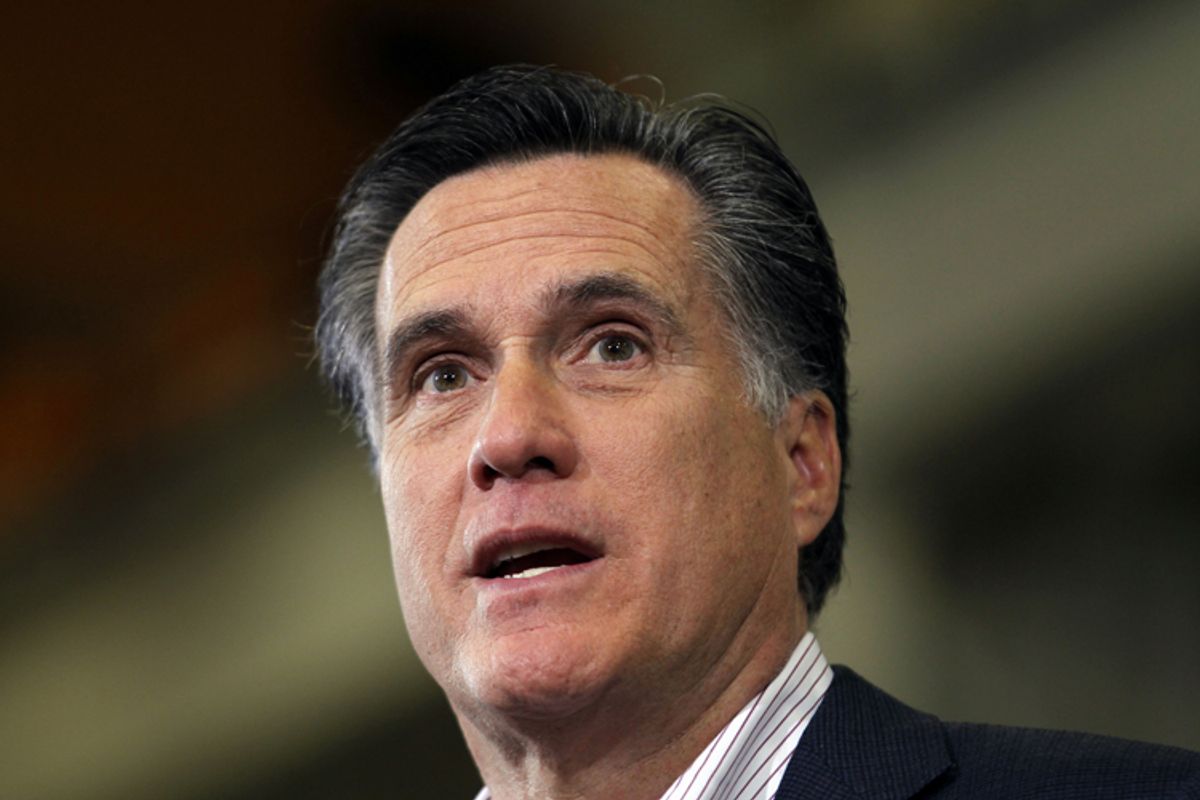 I left for vacation a few hours after wrapping Super Tuesday coverage on Salon and MSNBC. I came back to Groundhog Day in March: Rick Santorum won more states on the latest primary night, Mitt Romney kept racking up delegates, Ron Paul chugged along, and Newt Gingrich refused to drop out, even though a vote for him is now clearly a vote for Romney.

Some of the media narratives remain the same, too: Tricky Democrats are playing politics by making the most of the Republicans' admittedly incomprehensible moves on women's issues. The latest example is Politico's Thursday story insisting Sen. Chuck Schumer "schemes to hit GOP" by scheduling a prompt vote on the Violence Against Women act, a once-bipartisan piece of legislation that key Republicans now oppose. That nasty Schumer is also asking the architect of Arizona's harsh immigration law, former state Sen. Russell Pearce, to testify before his judiciary subcommittee, which is apparently a shameful, substance-free attempt to woo Latino voters.

This has also been the GOP and media line on why they've turned into the anti-contraception party: The devilish Dems made us do it! Even the supposedly sober Indiana Gov. Mitch Daniels used it on "Hardball" Thursday, insisting that the Obama administration trapped his party into extremism by including contraception among the medical services insurance companies must cover without co-pays. Following the guidance of the non-partisan Institute of Medicine now counts as political chicanery in the running scared GOP. A word to Daniels: Democrats didn't get your presidential candidates to back "personhood" amendments that would make several forms of birth control illegal. Democrats didn't force Santorum to declare that his opposition to contraception was a reason to vote for him over the other GOP contenders. Is it now unfair for one party to make an issue out of what candidates from the other party say on the campaign trail?

Meanwhile, gaffe machine Mitt Romney is trying to spin his way out of his Tuesday promise that "we're going to get rid of" Planned Parenthood. We all know Romney likes to be able to fire people, and he apparently thought he could fire Planned Parenthood, until aides figured out it's a private organization. Now he just wants to strip its federal funding, a move he's trying to spin as a deficit-cutting maneuver and not the attack on women's healthcare that it is. Which Democrat trapped him into that idiotic statement? Was it the same one who told Pennsylvania's GOP Gov. Tom Corbett to defend his state's invasive ultrasound requirement for abortion by saying to woman they could just "close your eyes" if they didn't want to see an ultrasound?

And did Chuck Schumer trick Rick Santorum into forfeiting the Latino vote by pretending to entertain statehood for Puerto Rico – on the condition that Puerto Ricans learn to speak English first? Of course there's no language requirement for statehood or citizenship in the Constitution, and the barriers to Puerto Rican statehood are many and complicated (including the fact that many Puerto Ricans oppose it). But Santorum thought he found a painless way to appeal to English-first bigots as well as Latino voters who aren't paying close attention. I don't think it worked. Nor did Romney's endorsing the anti-immigrant extremism hiding behind the notion of  "self-deportation." (A decent Politico piece laid out Romney's self-deportation away from Latino support.)

Part of me loves that Republicans and the media are crediting Democrats with such brazen political chicanery. Would that my party was so smart and tough. But these charges are baseless. Republicans are alienating the group that makes up the majority of voters – women – as well as the fastest-growing voter demographic – Latinos – all on their own. The latest Pew Research Center poll found that in a head-to-head match-up, women ages 18-49 favor Obama over Romney by nearly 2-to-1, 64 percent to 33. A recent Fox Latino poll found only 14 percent of Latino voters prefer Romney to Obama.

I talked about the GOP's latest self-inflicted political wounds Thursday night on MSNBC's "The Ed Show."