Romney's no "Etch A Sketch"

Despite his famed flip-flopping, Mitt's lurch to the right is too well-documented for him to hide it come November 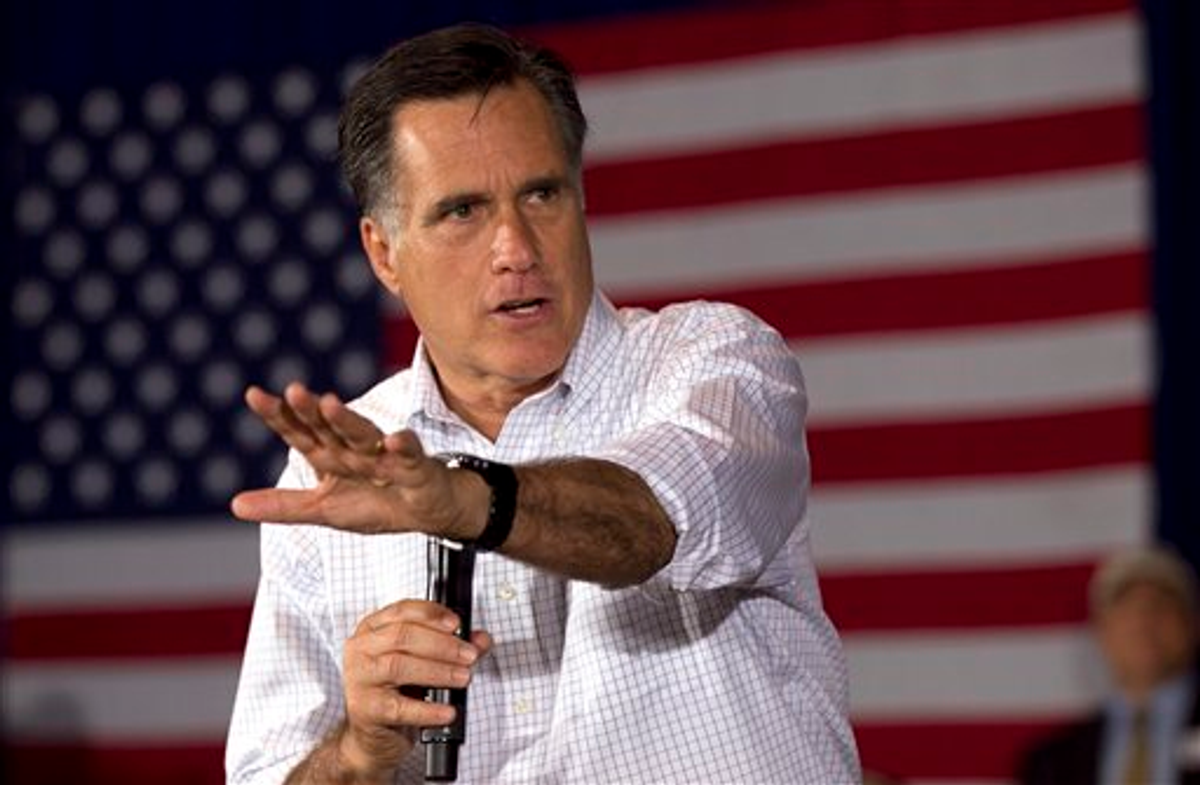 Romney spokesman Eric Fehrnstrom couldn’t have said it better – or worse. When asked by CNN Wednesday morning whether Mitt was being pushed so far to the right by Rick Santorum and Newt Gingrich that he’d be handicapped in the general election, Fehrnstrom said “you hit a reset button for the fall campaign. Everything changes. It’s almost like an Etch A Sketch. You kind of shake it up and restart all over again.”

An Etch A Sketch, for those of you under 20, is a thick flat gray screen that comes in a plastic frame with two knobs on the front in the lower corners – one left, one right. Twisting the knobs changes the aluminum powder on the back of the screen, creating completely new images. If you twist the left knob, you alter the powder horizontially; twist the right nob, and you alter it vertically.

Remind you of anyone?

When Mitt ran for governor of Massachusetts he twisted the left knob, moving horizontally to the left. (I know first hand because I ran in the Democratic primary that year.) He became a social liberal, tolerant of abortion and willing to entertain the idea that gays and lesbians should be able to form civil unions. He was also an economic moderate interested in seeking ways to expand health-care coverage.

But ever since Mitt left the governor’s office, he’s been twisting the right nob, moving downward into the muck of regressive Republicanism in pursuit of the Republican nomination.

Etch A Sketch was introduced in 1959 near the peak of the baby boom. (It was inducted into the National Toy Hall of Fame in 1998, and in 2003 the Toy Industry Association named it one of the hundred most memorable toys of the twentieth century.)

But Etch A Sketch has been replaced by digital toys that have the capacity to play and replay videos. These new video toys aren’t just for kids. Almost every voting adult has one, or has easy access to one.

Get it? It won’t be nearly as easy for Mitt to “shake it up and start all over again” for the general election of 2012, should he get the nomination. Try as he might, Romney won’t be able to twist the knobs and create a brand new picture.

There will be too many videos of him during the primary saying things that were designed to appeal to increasingly far-right, far-out GOP primary voters – but will strike most Americans as bizarre if not despicable.

America has always been the kind of place where people can reinvent themselves, escaping from their pasts by turning the knobs on their own virtual Etch-A-Sketch identities. But the ubiquity of video technology has made this much, much harder to do. Videos have a way of reminding everyone who you are — or were.

If he makes it to the general election, Mitt won’t be able to hide his primary self.